Running your own summer day camp? Hillary is back with some fun theatre games for kids, perfect for an acting-themed week! These drama games can also be a lot of fun for daycare, preschool, homeschoolers, or just a rainy afternoon with your kids! 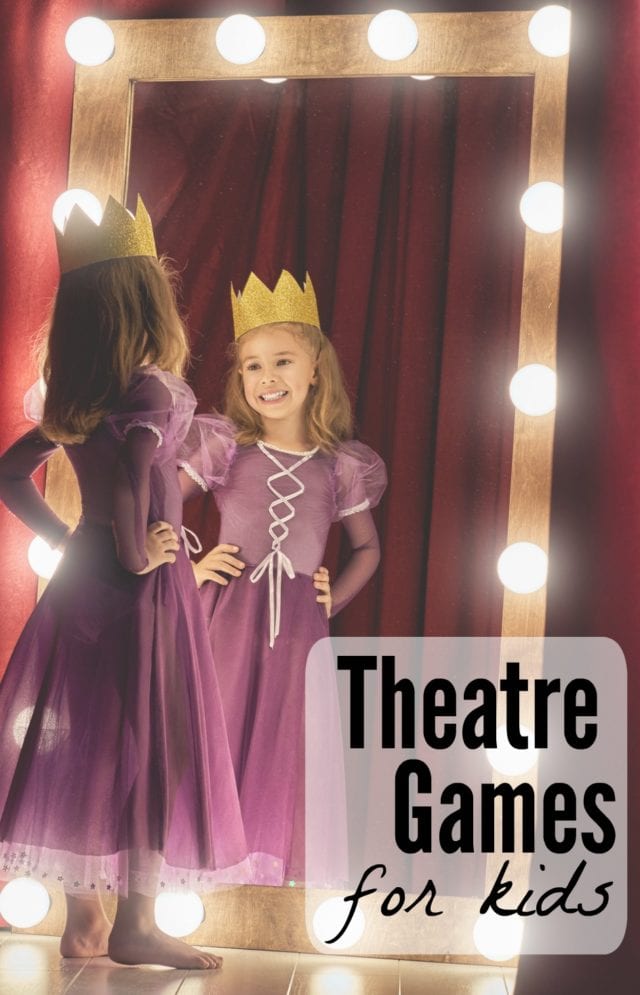 The last week of summer camp was Theatre Week. This week was so mellow and low key compared to sports week the week before! Both were so different but so fun in their own ways.

Theatre week was a little less structured and more about being creative and following the kids’ imaginations. Here are the theatre games we did (and loved)!

We sat in a circle, and I blew up a party balloon. We went around the circle, and I had each kid give me a word. It could be any word at all! I wrote all of the words on the balloon with a sharpie.

When the balloon was full of random words, I started a story. When I was done with my part, I passed the balloon to the child sitting next to me. Whichever word their right pointer finger landed on was the word they had to somehow include in the story I had started. After they were finished with their part, they passed it to the child next to them.

We continued that way until everyone got a turn and then we ended the story. The kids loved this game so much that we played it every day of camp! Each day we told a totally different story because the words were always so different. We did this at the beginning of the day to help get their creativity flowing.

There are a TON of readers’ theatre plays already created for you online, with ready-to-go scripts and character tags. All you have to do is print them out and put strings around the character tags to make necklaces.

These are a lot of fun because most of the time they have a fun twist on a classic story. We did the “4 Little Pigs” and “Little Red Riding Hood.” They had twist endings, such as the 4th pig who built a rocket ship blasted off to space to get away from the wolf.

I had two plays a day printed out and ready, and split the kids into two groups. They would practice their plays and then get back together as a whole and perform them for each other.

One of the days I had blank story board papers laid out when the kids got here. They had to write a story from start to finish. After they wrote their stories, I had a bunch of craft supplies for them to make their characters out of popsicle sticks. 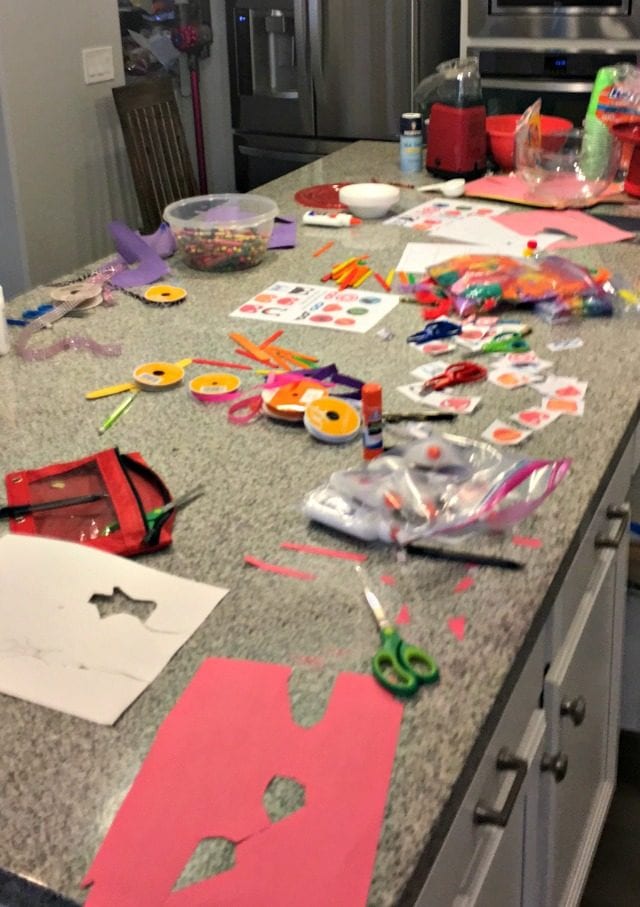 Didn’t think theatre would be so messy, did you?

Each character mentioned in their story had to have their own popsicle stick. It was so fun to watch them develop these characters and then bring them to life. 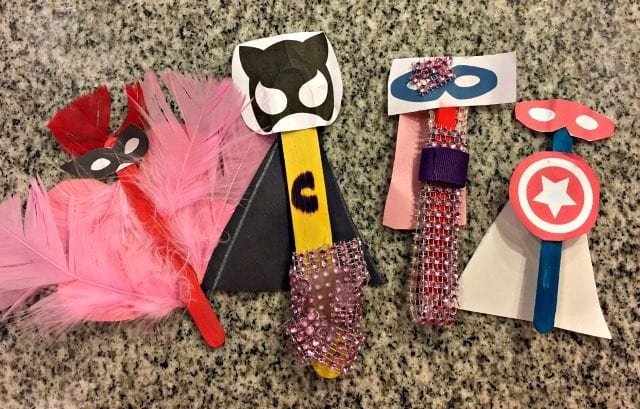 After all of the characters were made, we popped a bunch of theatre popcorn to enjoy while we watched all the plays. I took two chairs and a bed sheet to create the stage for whoever was acting at the time. The kids brought their story boards and their characters behind the sheet to help them remember their play. They did a fantastic job! 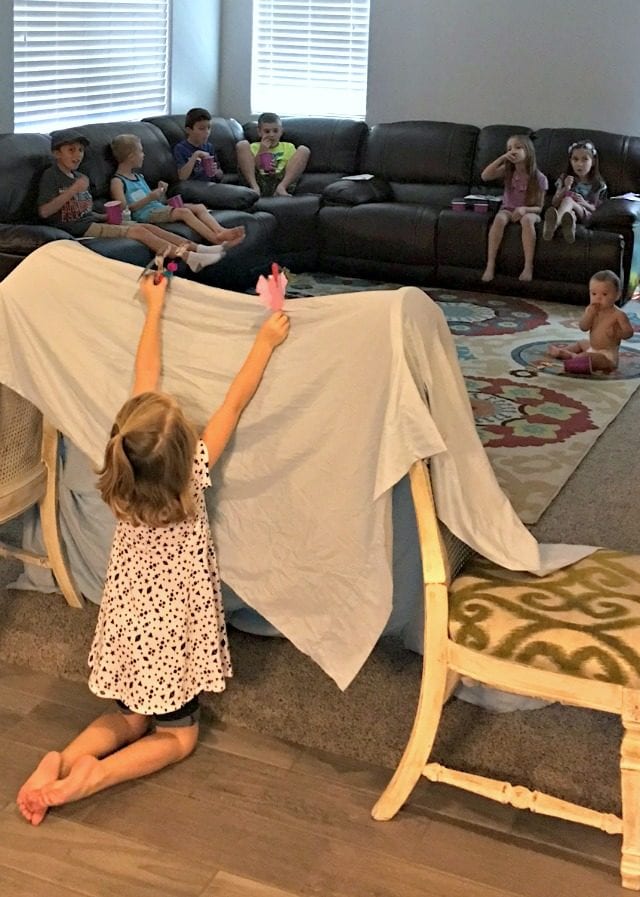 During snack time I would put a famous musical up on my AppleTV for the kids to watch. They thought this was really cool. We watched parts of Aladdin, Wicked, and Matilda. We only watched a few scenes because it was during snack time, but I highly recommend doing it. It’s great to expose them to the arts any way you can, and a lot of the kids might not have a chance to see a Broadway musical.

Freeze dance is something the kids asked to do at the end of every day when we had a few minutes left to burn. You play this by turning on the music and letting the kids dance. When you press pause, than the kids freeze. If they don’t freeze than they are out. The last kid standing wins!

I let the kids make their own charades. They all got to write down things to act out and add it into the bucket. If they knew it was their word, they weren’t allowed to guess. This was fun because they came up with some hilarious things! Kids will usually impress and surprise you when you give them an opportunity to be creative, and hey, less work for you! 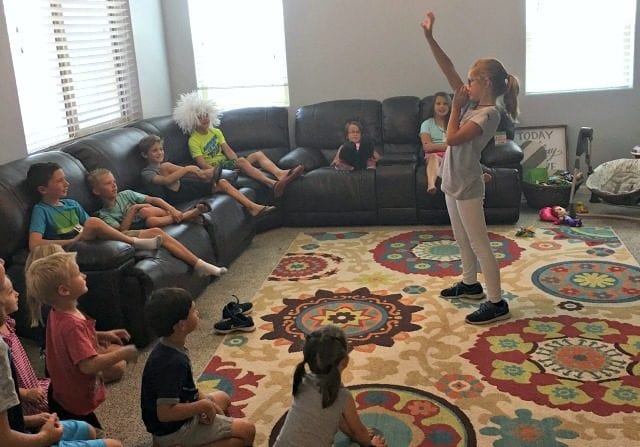 I had a bunch of random items such as pool noodles, hula hoops, kids toys, balls, buckets, balloons, etc. I picked one kid at a time to come up to the stage and start acting something out using a random item. I would say freeze at some point, and they would have to freeze. I would pick another kid to go up and ‘tag out’ whoever was frozen, and they had to continue acting. The twist was, they had to act out something new.

For example, if I was using a pool noodle as a baseball bat and had to freeze, the next person who came in couldn’t use it as a baseball bat. They would have to make it into a fishing pole or something totally different. This really had the kids using their imagination and making up some silly things.

This week is all about being creative, exploring fun characters and different relationships, becoming more self-confident, and having fun! 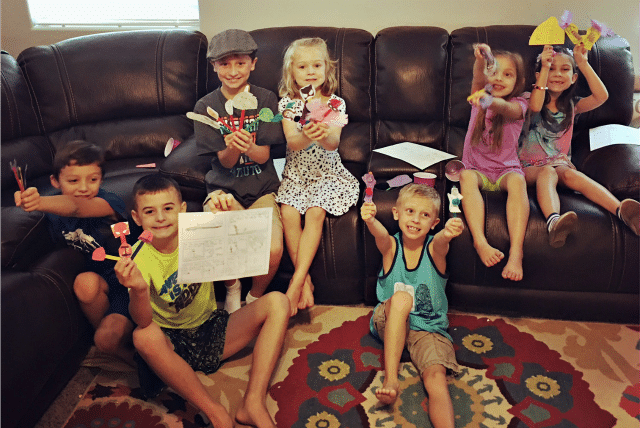 Check out our other themed-week ideas!

6 Ways to Get Rid of the Morning Chaos