Why Do I Want Four Kids?

That’s a question I ask myself sometimes. Why four? Would you like to hear my super inspiring, highly scientific answer? 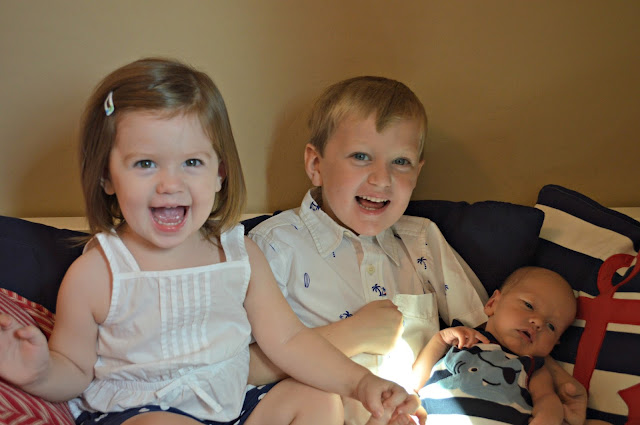 Many people encouraged me to be done after two. I had a boy, I had a girl, what more could I want?

Even my mom suggested that I could stop after two…with my little sister in the room…who was her #3! #awkwardfamilymoments 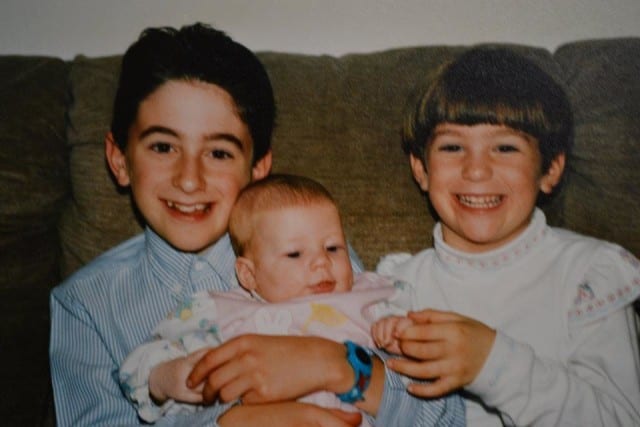 Me and my sibs 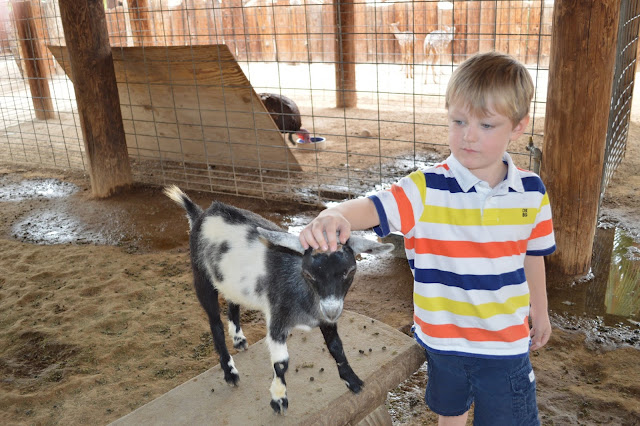 How many “kids” do you want? #icrackmyselfup

If I had stopped at two, I’d be done with breastfeeding, bottles, formula, high chairs, and the inability to entertain with the handing over of an iPad. 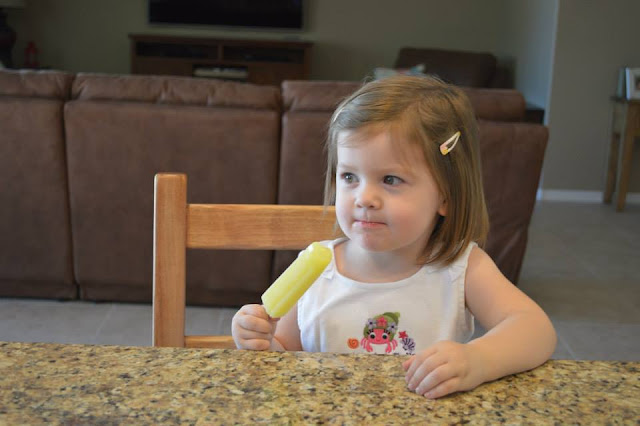 If I was going to stop at three, I wouldn’t have another 9 months of pregnancy to look forward to, or another labor and delivery and recovery to get through. 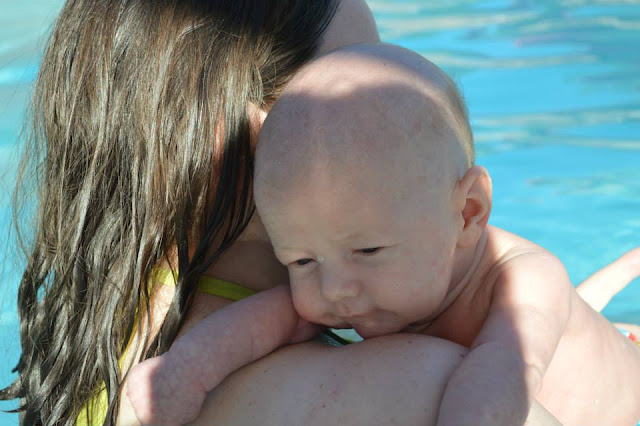 If I didn’t have kids, I would be richer, freer, and more relaxed. But with kids life is warmer, happier, and full of love.

Before I go on, let me just say that I have ZERO judgement of people who decide to have only one or two kids, or who have 20 kids, or who decide that having kids just isn’t for them. It’s a personal decision that is nobody else’s business, if you decide not to share your reasoning.

But I know I would feel selfish. Like I was taking the easy way out. I don’t think people with fewer than four kids are selfish; I just know I would feel that way, knowing that I want, and can handle and support, four.

Four is where it’s at for us. We believe it will be a good fit financially, physically, emotionally, mentally, and spiritually.

I was never really someone who would give anything to have a boy and a girl. I was lucky enough to get both anyway, plus a second adorable little boy. …but now I desperately want another little girl, to balance out our numbers! 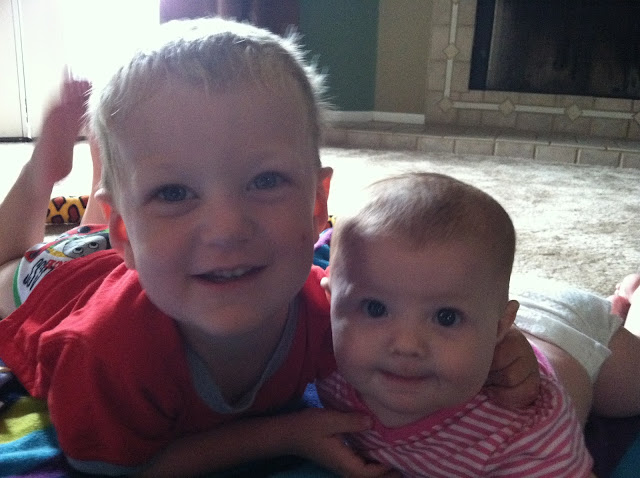 Here are some other reasons why I think four would be great:

*We would never need more than a three bedroom house- two people per room.
*We would all fit in our minivan and at our dining room table.
*The ratio of 1:2, parents to children seems pretty good.
*Two big kids to help with two little kids.
*If we go with the 2.5 year difference that we have done so far, then I will be done having kids by age 31, which puts me at 49 when my youngest graduates from high school. I like those numbers.
*I’m not ready to be done with the baby stage just yet.
*By the time I’m 32-33 I probably WILL be ready to be done with the baby stage.

But the main reason is “just because.” It’s what feels right.

So four it is!

One more to go! 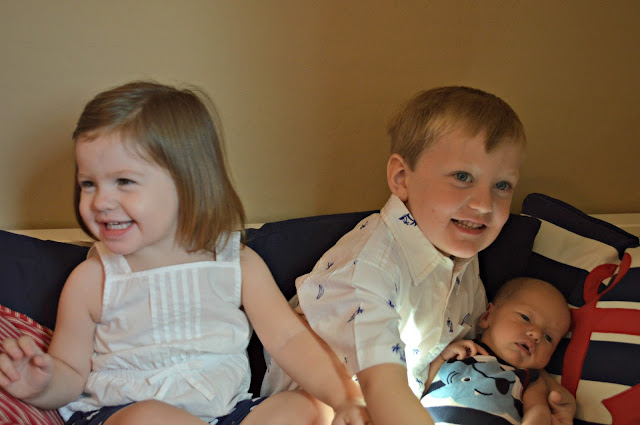 …now watch me have twins.

How many kids do you want/have and why?

Make a Profit or Raise Funds with Teespring.com

Great Ways to Teach and Bond with your...

We have 6, my 17yr old stepson and our 5 littles. I have done NOTHING but feed, cook, clean, diaper, and chase after little babies/kids for 6yrs now. But, to be honest, I love babies SO much that I could just keep on having them. Weird because I am the worst pregnant person ever. We decided that for our sanity, we needed to be done (and for my poor bladder! lol) but babies sure are addicting! Your kiddos are so sweet :)

I also want 4. I haven’t had any yet though, and I admit, I kind of want to get to it! I’ve only been married for less than 6 months though. As for why I want four, I was one of three, and I think having a *slightly* larger family than I grew up in would be great. Five would also be okay with me, but the husband says four sounds good, but five doesn’t. lol. Only now that we’re actually married and he’s thinking about providing, he’s wavering on whether four really sounds good… but we have to start with one first anyway (unless we have multiples.. but I don’t want to do that, my best friend has twins and that’s just crazy town!) I also want to adopt, so we’ll see how that goes.

If you have 1- they are lonely and bored
if you have 2 -well thats just average
if you have 3 – the middle child will be in counseling all her life
so 4 is much better..

however- we are only having 3….yikes- i just dont think i can handle another one- taking 4 kids to the store alone- scares me..

good luck though…we only wanted 2 – but God blessed us with 3..you never know

I currently have 2 girls but would like to add one more to our family in a few years. Hoping for a boy next time. :)

I didn’t know you had a blog, Megan! Very cool.

We have two. I always thought we’d have at least three, but at this rate it’s not looking like it. Sometimes plans don’t work quite how we expect.

It’s so important, like you said, to recognize that it’s such a personal decision, and most times, none of our business. People so often like to OFFER OPINIONS (and so often forcefully!) and it can get so old – whether you don’t want more (or any) children, or whether you do but can’t have them, or want more but other people seem to think you’re wrong to do so….

It was quite fortunate it happened that way though, because my husband only wanted two, but I think I wouldn’t have felt complete without having three. So things went in my favour really.

I’ve loved every minute, and I do miss the baby stage but I don’t think I could do all that again!

Awe that is so adorable and I love your reasons! I actually only wanted 3, but when we found out we were pregnant with #4 I realized that it just works better. But after number 4 I am closing up shop!

I wanted five. For years after #4, I still felt that we needed another. Now I think we’re done at four, though I still think five is right for us. Confusing? Yes. Ready for more babies? Oh, no. Not really interested in holding anyone else’s (except my nephews and nieces). Then I realized, one of mine really counts as two. Any guesses which one?

I feel that way about wanting three kids, I don’t know why but it just feels right. It really depend son how my second pregnancy goes. I was on bed rest with high blood pressure for the first so if it is high risk we will probably stop at 2. All depends. :?

congrats on your 4th! I just had my first, and I am loving every minute of it. She truly is a blessing. I would like to have as many kids as God decides, but I think 4 sounds like the right number too!

[…] once her kids were in school, and I threw my head back and said, “YES!” I love my kids, I want to have more, and I will enjoy this time while they are little, but I daydream about the freedom I’ll have […]

[…] Daniel and I got married, we were pretty set on wanting four kids. Actually I’m pretty sure we had picked out names for our kids within a week of meeting each […]

[…] is the first time I’ve been so specific about when I wanted to have a baby. But when you want four, the timeline gets clearer each time you have one, and I’ve had three! I was shooting for […]

I want to have four kids, too, but my first attempt ended with a miscarriage, so now even one child sounds like a wonderful and slightly impossible dream. But still, four would be perfect. We’ll see.

Silvia, so sorry to hear about the miscarriage. I wish you so much luck that you’ll be blessed with children (hopefully four)!! :D

I have 3, and was pregnant with 4 which ended up in a miscarriage (still going through it). I’m very sad…will be 43 this year so we are closing up shop but definitely feel like someone is missing. Maybe we will adopt. I totally understand having the matching pairs. We have a girl and two boys so wanted a girl to round it up. Same number of bedrooms needed!

I’m so sorry to hear about the miscarriage and I’m sending much love your way! Don’t know if you’ve seen my updates (this post was from a while ago), but we were lucky to get that second girl and the two bedrooms situation is definitely working out. :) Wishing the same for you and happiness no matter what!!