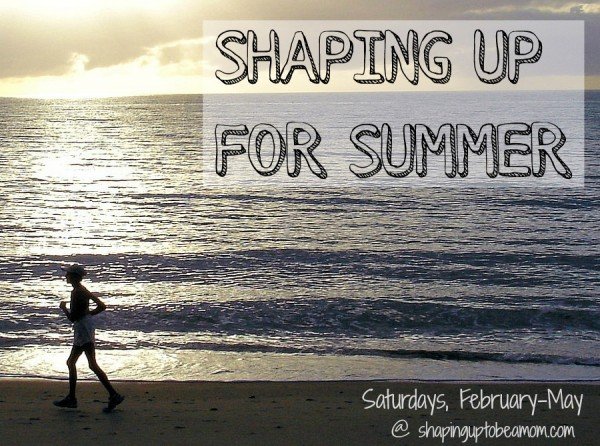 At my high school graduation, I weighed about 115 pounds, which was a healthy weight considering my height of 5’1″. I had never struggled with my weight (aside from the fact that every high school girl thinks she’s fat). I wore a juniors size 3-5 at the time. 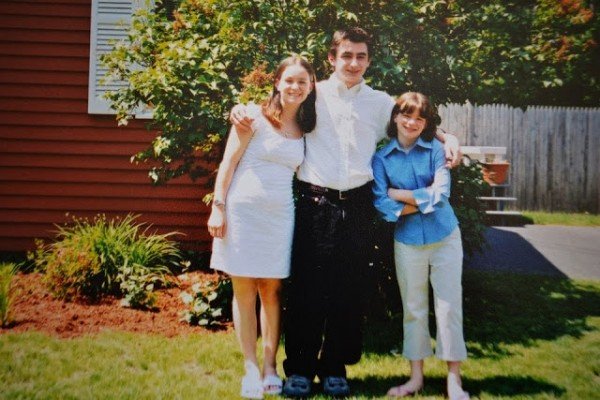 I still have this dress, and I’d like to fit into it again someday! Then I went to college and gained the proverbial Freshman 15. I remember after my second summer of performing at the theme park, when I was back for my third year of college, weighing in at 128 and that being on the lower end for me at the time. That is the last time I remember weighing in the 120s. 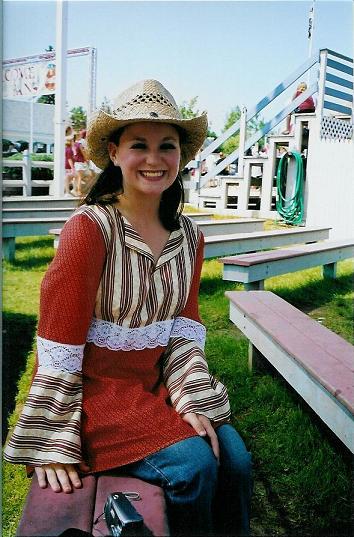 At my height, I’m supposed to weigh 132 or less. I know the BMI scale is not perfect, but that’s what it says. And that’s about where I was through college and for a few years afterward. I was 132 when I got married. 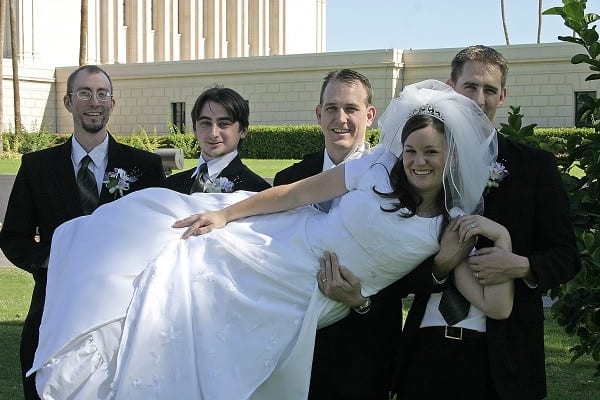 Being a little older and no longer a teenager, the low 130s started to feel a little more comfortable on me than the 115 of my youth. But by our first anniversary, I had gained 12 pounds and weighed in at 144. 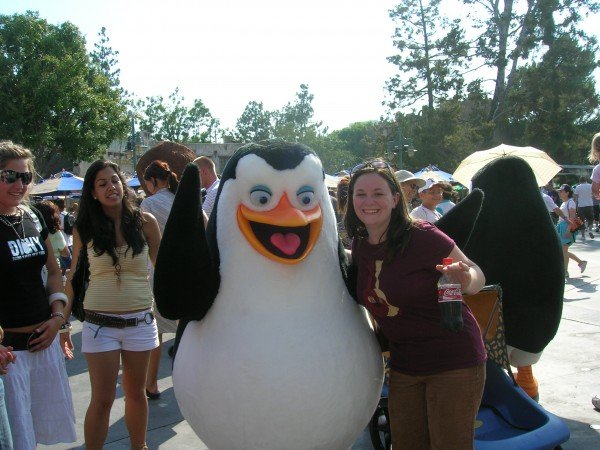 I was not pleased. In fact, I was horrified, that being the highest I had ever weighed (as “present me” laughs at “past me”). I decided to do something about it, and over the next 6 months, I lost 10 pounds and got down to 134, which is where I was at when we visited Korea in the summer of 2007. 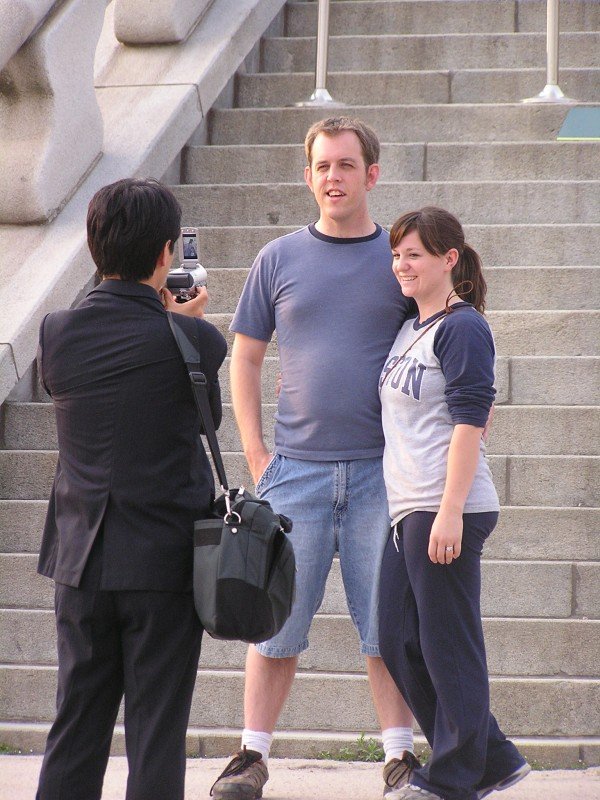 Well, I think we all know what happens next! CHILDREN! By December of 2007, I had gained back about 4 pounds of the 10 I had lost, weighing in at 138, and that’s when I found out I was pregnant with Carter. I gained about 50 pounds with that pregnancy, and I cried every time my doctor brought it up at an appointment. She was not very nice about it. I started scheduling only morning appointments and not eating until afterward. Sometimes I would even go out and walk 2-3 miles before going to my appointments, because I didn’t want to have gained too much since my last visit. At 9 months pregnant with my first, I weighed about 189. 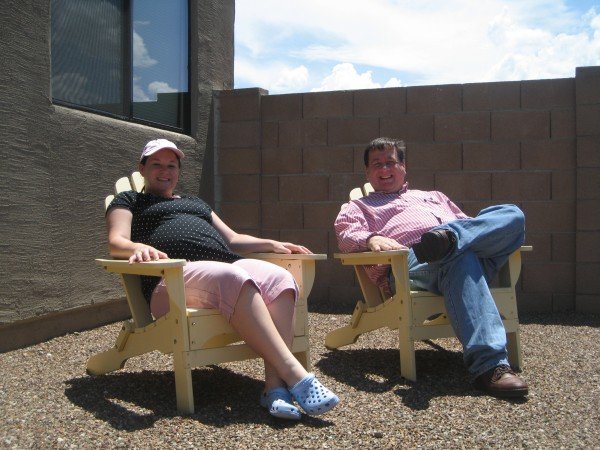 After having Carter, most of the weight fell off relatively quickly. Actually that is when I started this blog, so if you go back and look at my first few months of posts, that is all I was talking about. When Carter was just 3 months old, I had dropped 40 pounds and was only 10 away from my prepregnancy weight. But that was as low as I got. 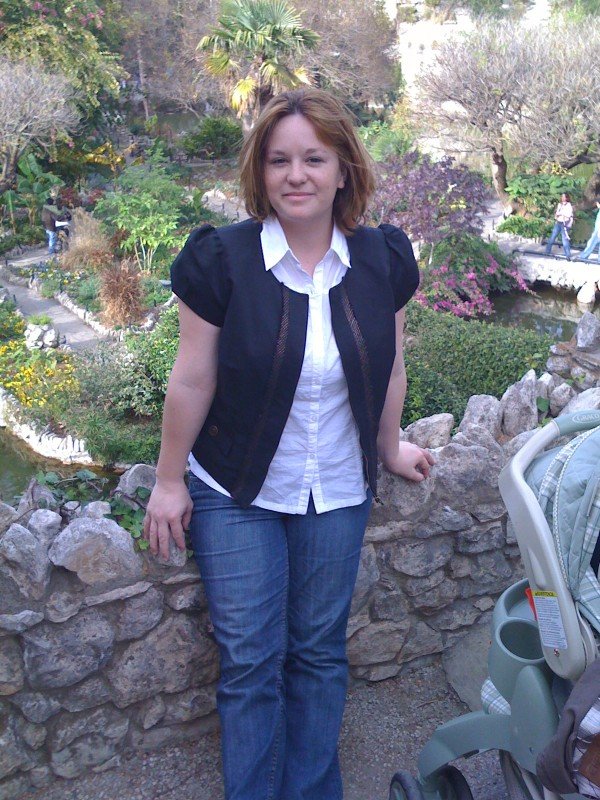 Starting at the beginning of 2009, my weight started to spring back, and I gained back a good 30 pounds.  I hung around in the high 170s-low 180s for a long time, until I got pregnant with Vanessa. 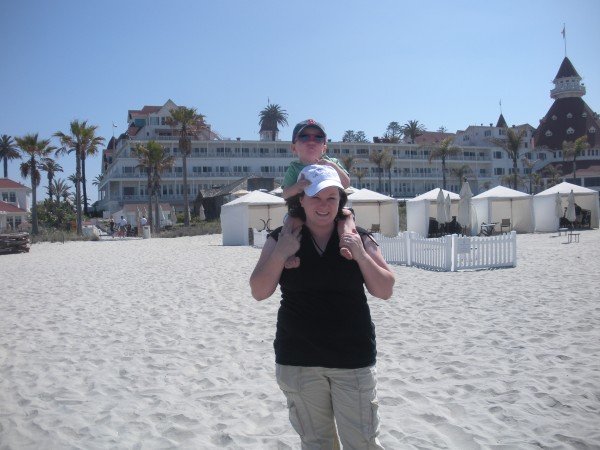 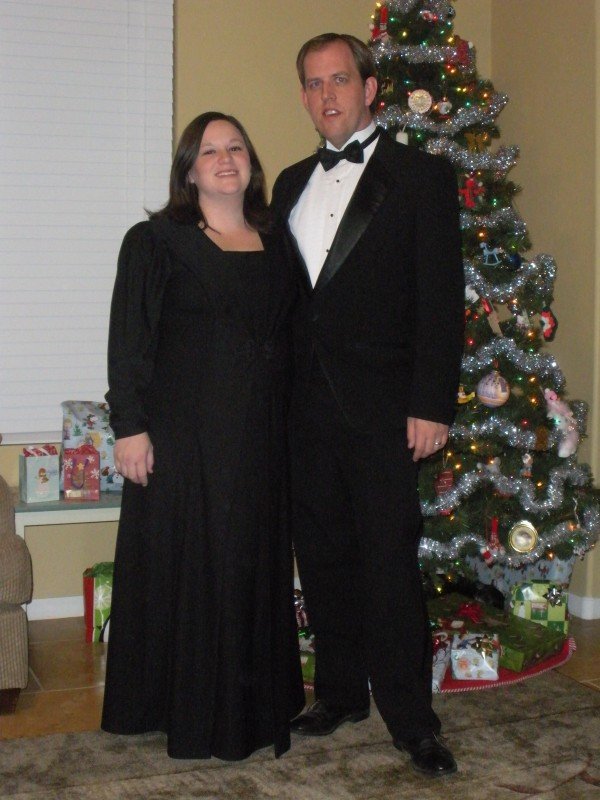 After having Vanessa, I lost the 20 pounds I had gained, and then gained back a few, and then settled in at around 183 for about a year (from spring 2011 through spring 2012). 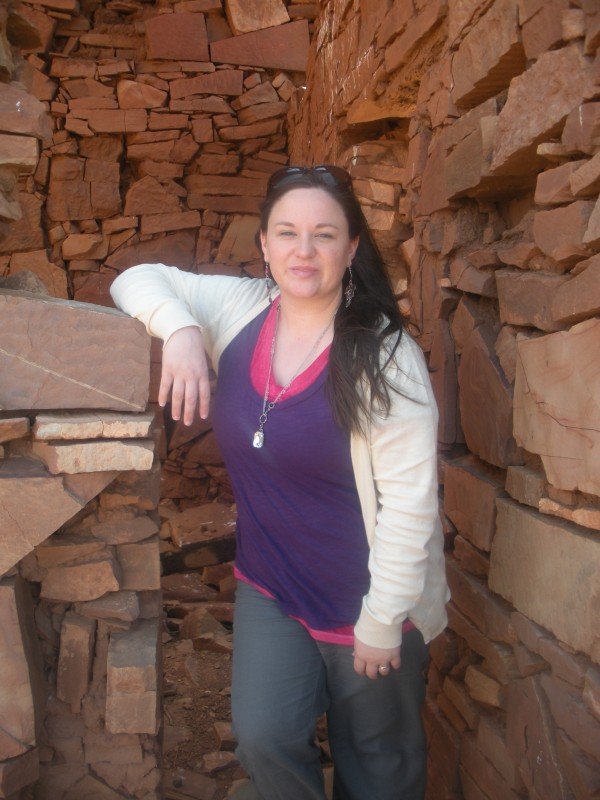 I was aghast at the idea that I was close to my weight when I was 9 months pregnant with Carter, and I was depressed by the fact that this was a new normal for me…who, pre-children, had comfortably and easily weighed a full 50 pounds lighter. In the spring of 2012, I cut out sugar and started training for a half marathon. Those two things combined helped me to lose 20 pounds. This was also when we moved three hours north to the Phoenix valley. The lowest weight I got to at that time was 163. 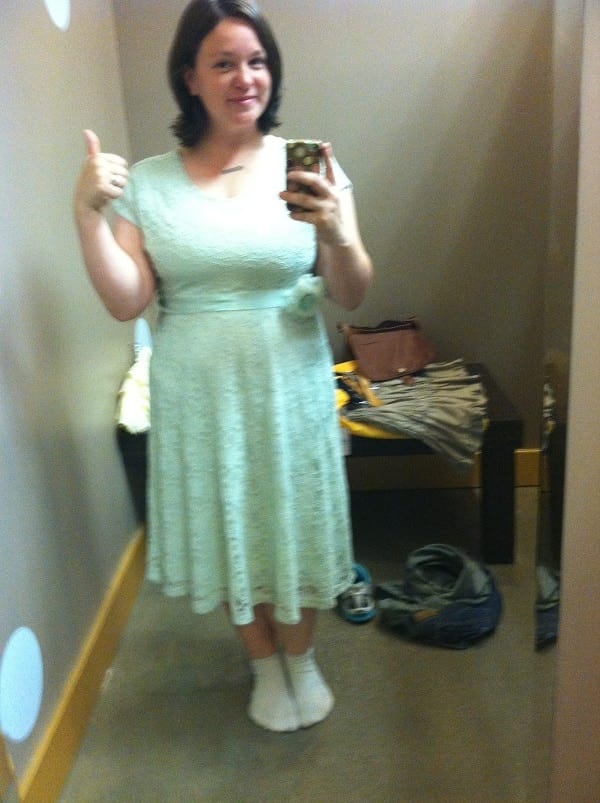 After running the half marathon and starting to eat sugar again, the weight crept back on. I knew I wanted to get pregnant again soon, and I just got careless. When I did get pregnant with Harrison, in October of 2012, I was around 179. 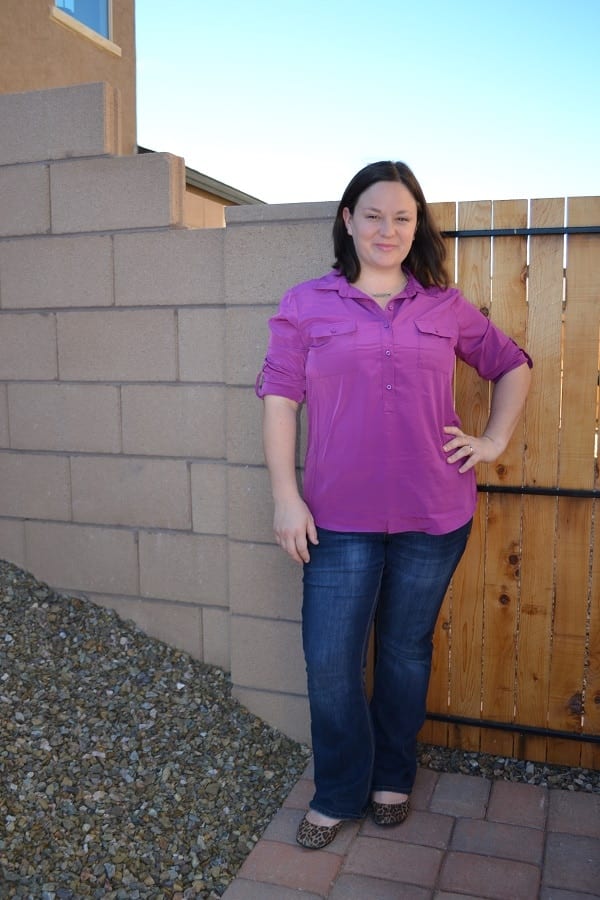 Knowing that I was only going to gain weight while pregnant, I went balls to the wall and ate whatever the heck I felt like. I will most likely do that with my final pregnancy (whenever that happens) as well. I just don’t care. If I’m going to gain weight anyway, I might as well enjoy myself as I do! I gained about 40 pounds with Harrison, weighing in at my absolute heaviest weight ever, around 219, 9 months pregnant. 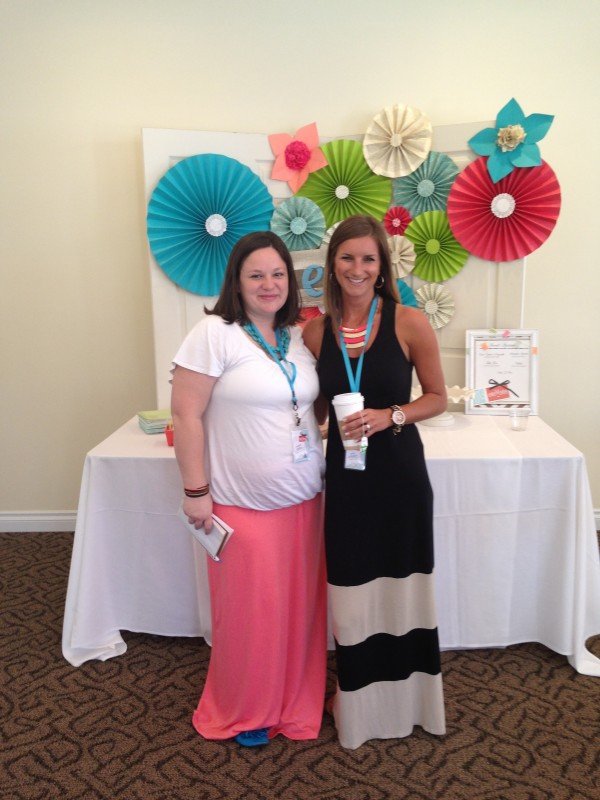 After having Harrison, I was super motivated to lose the baby weight (ALL of the baby weight). A few weeks postpartum I cut out sugar again, and soon after I started running and working out again. Two weeks after giving birth, I was down about 17 pounds. Two more weeks and I was down another 12 pounds, to 190. Two months after that (three months postpartum), I was down to 175, where my body reeeeeaaallly likes to hang out. 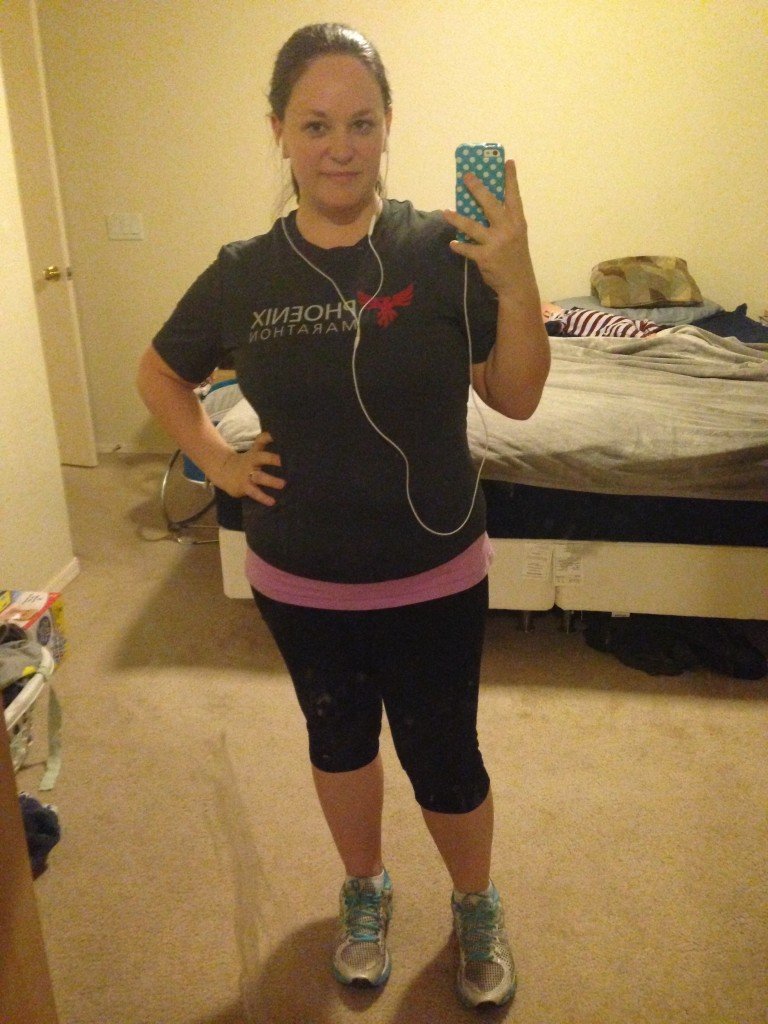 And it did. For the months of October, November, December, and January, I hung out at around 172-175. Then I finally kicked it into high gear at the end of January/beginning of February. Which bring us to now. 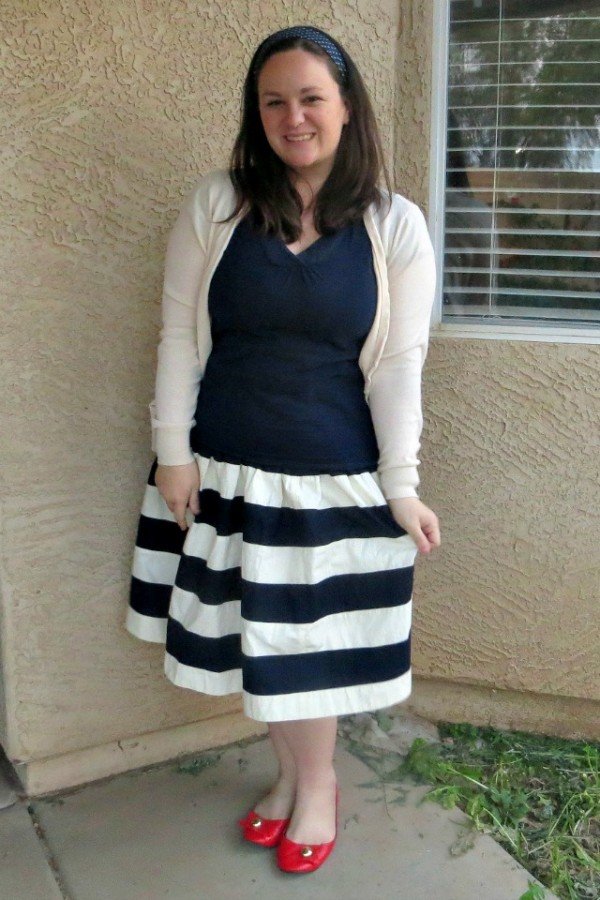 This morning I weighed my lowest since having Harrison- 168.6. I am down a full 50 pounds since giving birth (all 40 pounds of baby weight plus 10 more). And I am only 5 pounds away from the lowest weight I’ve been in five years. So where do I want to be? Well, my short term goal is 140-138. That’s what I weighed when I got pregnant for the first time, so it is truly my pre-pregnancy weight. Then I’d like to shoot for 134-130, and my ultimate, near-impossible goal is 125. I know I could do it, but will I? I guess you’ll just have to check in and see! Well if you managed to read all of that, I congratulate you (or otherwise encourage you to find a hobby), and I thank you for your support! It’s time to kick it up a notch and start (continue) losing!

Ready for Spring with OshKosh

5 Sweet Tips for Cutting Out Sugar

The Fastest Way to Fit

Oh my gosh isn’t it so true- I remember being like 24 and being horrified that I weighed 140lbs. That is honestly the only real regret I have in life, spending all those years thinking I was so fat and gross when I had no idea how totally untrue that was! Now, I would give just about anything to weigh 175 let alone 140! You look great! Keep up the good work!!

That is such a cute outfit at your current weight! And what a horrible ob to be mean to a pregnant lady for gaining weight!

Oh, and cutting out sugar has been the best thing to happen to me and it seems like it has been for you too! Congrats on the weight loss!

I know, she was so mean! Let’s just say I did not return to her when I had my other two kids!

Good for you, really! Setting goals that are difficult, but still attainable seems to be my best way to operate personally. I do this with financial goals, physical goals, even professional ones! I’ll be thinking of you when I go out for my runs, or when I chicken out because it’s cold and visit Jillian or P90 in the basement :)

Haha, I’ll think of you when it’s too hot here to run!

I love it when bloggers talk about their weight in a healthy realistic matter! Thank you for that. I know you can do this and you are looking great!

Thanks, Leslie! I always get upset when I see other people’s photos and weights, because it never seems to jive with my stats and how I think I look. But recently I saw another blogger’s photos of her weight loss, and I really identified with her different weights and photos! Of course it turned out that she is a few inches taller than me, but probably not enough to make much of a difference. Anyway, I figured I had lost enough to start talking in terms of real actual numbers!

LOVE your honesty in this post! We could be weight gain twins (except I’ve never been as thin as you were in high school). I’ve been really working to get my butt in gear, so this post is really inspiring!

Thanks, I’m glad you liked it! 168 looks and feels so good after being super pregnant that I’m having trouble getting motivated!

[…] new and/or annoyed by this rambling post, please check out last week’s post, where I posted photos from all of my various weights over the past 12 […]

You are looking so fit! Can’t wait for you to ROCK your goal weight, because I know you’ll get there! 124 has nothing on you! Love you and keep on keeping on, you totally inspire me! XO

Great post and great job on making the commitment–that’s the hardest part! I also live in the valley and have kids–two under two! I’ve always been active but I knew after having kids it would be more difficult to lose weight so I signed up for some big races to motivate me. I’ll be running my first full marathon, the Phoenix marathon, this Saturday! (I noticed you wearing a t-shirt from it!)

looking forward to following your journey!

Wow, good luck on your marathon!! I hope to run the Desert Classic in Surprise, in January (or February?) next year. Yes, I ran the 10k that was part of the “Phoenix Marathon” in 2012, which was their inaugural year, and they didn’t even do the full marathon that year! Just the 10k and the half. I think they added the full marathon in this past year. Kind of cool to get the shirt that says “marathon” on it though! ;)

[…] am down a total of 8.8 pounds since starting this link-up, at the beginning of February. I’d say that’s a pretty decent loss for a three month […]

[…] the number one way I’ve had success when trying to lose weight was by cutting out sugar. A few different times I’ve cut out sugar completely for a period […]

[…] new and/or annoyed by this rambling post, please check out last week’s post, where I posted photos from all of my various weights over the past 12 […]