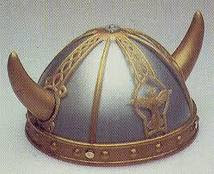 I have to apologize in advance for this post not having any pictures. I should have been taking them yesterday, but I didn’t really think of it since I personally am in no-picture-mode for the next four months!

Yesterday was the beginning of our (Daniel’s) fall break, and we started it off with a pretty exciting day. I got up fairly early with Carter, but I was feeling good so I didn’t mind it. He played with trains and watched a new Thomas the Tank dvd and ate breakfast. Daniel got up not too much later, and after we had both showered, he announced our plans for the day.

All three of us drove into Benson, getting there around 10, and walked around for a bit at their Butterfield Stage Days. There were booths and a band playing and jumping castles! We got there just as they were starting, and Carter basically got the jumping castles to himself! There was a normal one that he jumped around in for awhile, an obstacle course one that we mostly avoided because he couldn’t climb the first part of it, and then another one that had a long ladder climb to the top and then a slide down, and he did great with that! The part going up had a rope ladder tied to the inflatable part, and he was mostly able to climb up on his own, but having the ladder there helped him make it all the way up, and then he happily slid down backward on his tummy (the safe way!).

After a little while, we decided to go get our groceries (which we needed to do) and then come back to get some lunch from the vendors. We did just that, and Carter fell asleep in the car while Daniel got himself a philly cheesesteak and me a cheeseburger (which was amazing). We brought the food home and ate while Carter slept in his bed.

Then, I had some music editing I wanted to do up at the school, so I went up there for about an hour and a half while Daniel relaxed at home. I got back at about 2:30, and Daniel said that Carter had only been up for a couple of minutes by the time I got home, so we both got a nice long break!

At 3, it was time to head over to the Mayberry house for Viking Awareness Day! Apparently they’ve been doing this for several years, but this is the first year we’ve attended. We had a great time! There were toys and other kids to keep Carter entertained, and we both competed in the events.

First up was spear-throwing, where I came in second for the females! Daniel was also on the board with fourth or fifth for the guys (they give 10 points to first place, 9 to second, and so on down).

Then came sardine-eating… Let’s just say I passed on that one. Luckily, only four of the other females went for it, so I still came away with 7 points, not having eaten any. Daniel managed to get down three in the 30 seconds of allotted time, so I think he improved his score on that round.

Next up was ginger ale drinking- how much can you drink in 30 seconds? I dominated this one (thank you, years of soda drinking), drinking 8 ounces, which was more than any of the other females, so I got ten points and a mug (they gave out prizes for the top winners in each event). For the guys, I think Daniel came in third, having downed his entire can (one guy drank a can and a half, and another drank just a bit more than a can).

That was it for the individual challenges, so we headed inside while Anika tallyed up the scores. The top six women and top six men would go on to compete in a team game called Kuub. I came in second for the women (and I would have had to eat 4 sardines to beat Anika’s score!). Daniel was also on the board, and when we picked out of a hat for teams, we got on the same one!

The game of Kubb is played outdoors, and it basically consists of using large sticks of wood to knock over small blocks of wood on the other team’s side. Unfortunately, our team didn’t do so well. We gave them a good fight, and the game went on for a respectable amount of time, but in the end they did us in, and our chances of glory were over.

The six on the winning team headed inside to play each other in Viking Chess, and the ultimate winner was Ashton (the first repeat winner of Viking Awareness Day!).

We had tons of fun, and we will most certainly be back next year!

We finished our day at the piano, singing a couple of John Lennon songs, to celebrate his 70th birthday!

It was a great way to kick off our fall break, and we’re looking forward to more exciting days before the week ends!

Never heard of Viking Awareness Day but it sure sounds like fun!