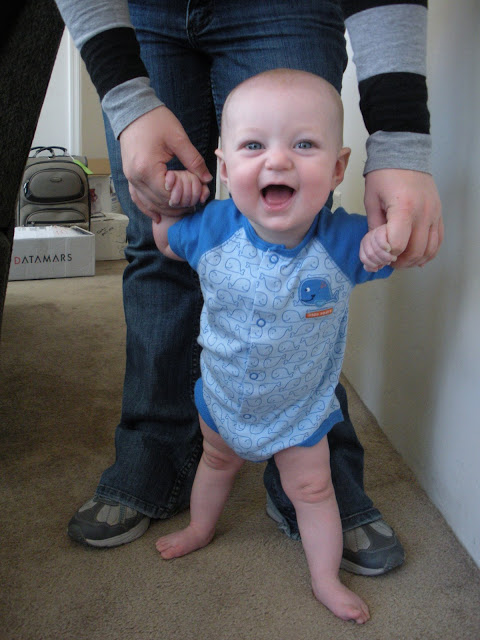 Yay, sugar challenge is almost over! I have today, plus two more days, and then I’ll have made it! It was actually easier than I expected. I ended up just not thinking about it. Once I figured out what was okay to eat and what wasn’t, I just stuck to the foods I could eat and didn’t think too much about what I couldn’t. There were a few times when I had to pass up some good stuff, though! I went to a baby shower with huge pieces of delicious looking cake, a Primary instruction meeting where they passed out texas sheet cake, and plenty of other events where sugar was a main ingredient.

Anyway, I found that the cravings really did disappear after awhile. Of course now I’m going to screw all that up by eating sugar again!

So here are my plans for the next few months- diet and exercise-wise:

Right now I’m on week 6 of the 5k podrunner series, and it just so happens that at the end of week 9 (the end of the program), St. David is having a 5k family fun run! So I’m going to do that. Daniel said that if I wanted, we could walk it together with Carter in the stroller, and that is tempting, but maybe I’ll want to run it by myself. Or maybe someone could watch the baby and Daniel will run with me.

So that takes me to the end of March, and I’m going to probably throw in some strength workouts there, too, but mostly I’m going to focus on the running.

Then, for five weeks in April (including the last few days of March and the first few days of May), I’m going to do the Jillian 30 day shred dvd that I have. I’ve been doing it a lot, but she says you can lose 20 pounds in thirty days if you do it every day, so I’m going to give it a try. I’m doing five weeks, because I don’t workout on Sundays, so that will equal 30 days. I’m going to pair that up with a Pilates ab workout from Self magazine, to target that area for the same amount of time.

AND, at the same time, for the diet part, Lindsay and I are going to do a 30 day challenge. We haven’t worked out the details yet, but she needs to workout, and I need to eat better, so it will focus on both of those things. My original idea was to get one point for a thirty minute workout and minus a point for eating out, but I don’t want it to end up with a winner and a loser- we should both have the chance to complete the challenge victoriously, so I need to tweak it somehow. If anybody else wants in on this challenge, we are welcome to having more people!!! If we have enough interest, we could throw down a little bit of money each and have someone win it all as a good incentive…

After that ends, I don’t have specific plans, but I know that I want to go on and do the podrunner 10k program. I really enjoy getting out and running, and I’d like to be able to run longer distances. I also think that getting used to running longer distances will help me to run shorter distances faster. I’d like to be able to run a 30 minute 5k sometime. My quickest that I’ve done in the past was 37 minutes- not great!

I have definitely started to see some results, and I’m getting past the plateau I hit, slowly but surely. I think one of the key things will be to not go crazy once the sugar challenge ends. I’m definitely going to have a binge day, and I’ll probably not be too restrictive while on the show choir trip this weekend, but then it’s right back on the horse, with more exercise and a new challenge and better eating plan, so that the weight can keep coming off. I’m still a few pounds above my lightest since the baby came, so I still have some major work to do. I’m excited for the free time that summer will bring and for all the outdoor activities that I can be doing! I’m hoping to reach my goal of 125 by the end of the summer, but hopefully even earlier than that!

Oh, and on the baby news front, Carter is crawling anywhere and everywhere, and he can now pull himself up to a standing position in his crib. We had to lower his mattress yesterday to keep him from possibly falling out! But this morning, once again, he was standing up when I went into his room. He can’t fall out now, but he has a few little bruises on his head from struggling against the rails to pull himself up- what a determined little guy! I looked it up, and apparently it is the average for babies to do this around 8 months, and he’s only 6 months. Something tells me we’ll have an early walker… Oh dear!

megan you’re so silly! all your diets and work out plans seems so funny to me now, but i know that after i get married i’ll end up doing that too and especially after i have kids. but know that i think you’re adorable whether you still have a couple extra pounds from carter or not :D