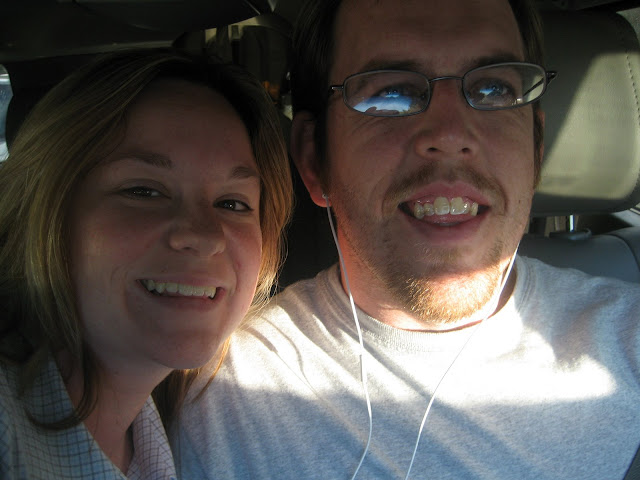 Daniel and I left St. David right on schedule, at 9am Tuesday morning. We stopped in Benson for Daniel’s dentist appointment, and then we were on the road by 10am. 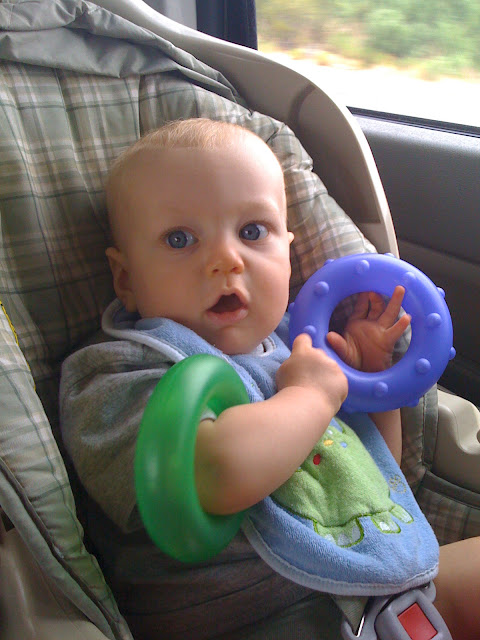 The plan was to make it to Dallas that night, but as it turned out, we took turns driving and sleeping, and I ended up feeling awake enough to drive five hours through the middle of the night, so we just kept going! We got ourselves a geocache at a rest stop in Texas- the first of the four we found during the trip. We stopped for breakfast at a Waffle House in Little Rock, Arkansas and drove from there to Memphis. 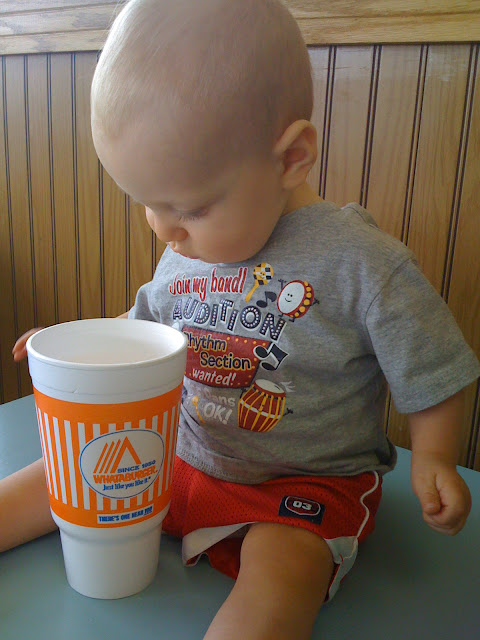 We got there around noon and ate lunch at the Hard Rock Café. Then, once we discovered that Carter was too young to take the Sun Studio tour, we decided on a riverboat tour on the Mississippi. 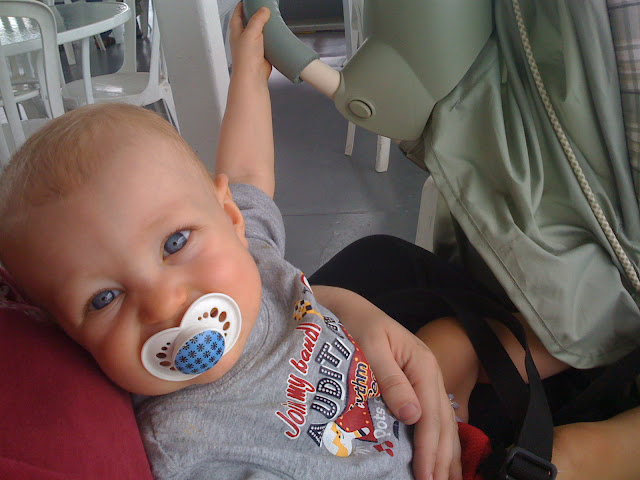 Carter was fast asleep when we boarded the boat, but he of course woke up right as the boat was leaving and was awake and incredibly active for the 90 minute tour! We got back at 4pm and drove past Sun Studio, and then we went to the Peabody Hotel to see the ducks- they have ducks that they keep on the top floor in a penthouse and every day at 11 and 5, they come down in an elevator, waddle out onto a red carpet, splash and swim in the fountain, and then go back upstairs. Apparently it is a big deal, because there were so many people that I could hardly see anything. I managed to get just a little bit on video, while Daniel stayed back with a sleeping Carter (finally)!

We left town around 5:30 to drive to Nashville (about three hours), but we ended up driving a little further because I found a good deal on a hotel online and booked it right before we got there. Daniel went out and brought back White Castle (which I had never had before- liked the chicken but not the burgers…), and we all slept for about 10 hours or so! 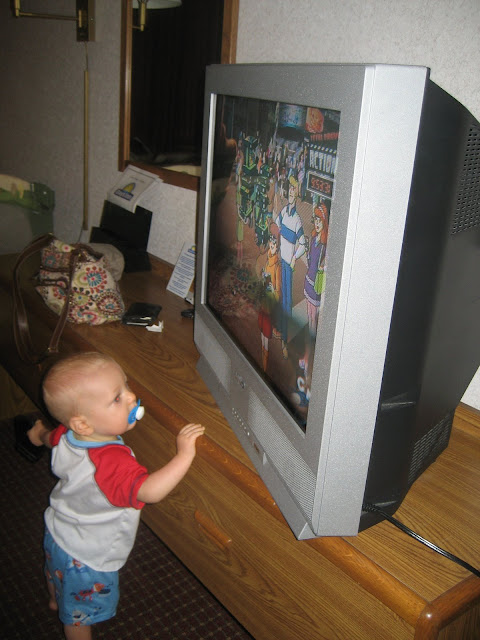 In the morning we got up and drove back into Nashville. We went to a state park near the capitol, which was very pretty and well-planned out. From there we went downtown to find a good place to eat, and we lucked out! We urbanspooned it and found a place called Union 417. It had really good Southern comfort food and a great atmosphere. We also loved the color of the walls and are using it as inspiration for our living room! I had southern fried chicken and Daniel had pulled pork. Both were amazing.

After that we went to the riverfront area where the Hard Rock Café was. My mom and I keep track of how many we’ve visited, so I had to stop by. The downtown area was so quiet that we were surprised to find out that the riverfront was insane with people all over the place in town for the CMA awards and music festival! Daniel dropped me off to stop by the Hard Rock and to run into a souvenir shop to get a Christmas ornament (I like to collect them from places we visit- got a guitar in Memphis and a saxophone in Nashville). And then we continued onward!

This time we were headed toward Scranton- our last stop before Maine. We drove through most of the night again. Actually, Daniel drove almost 12 hours straight, except stops for food and gas, and we pulled over at a West Virginia rest stop to sleep for about two hours before I took over and continued on. 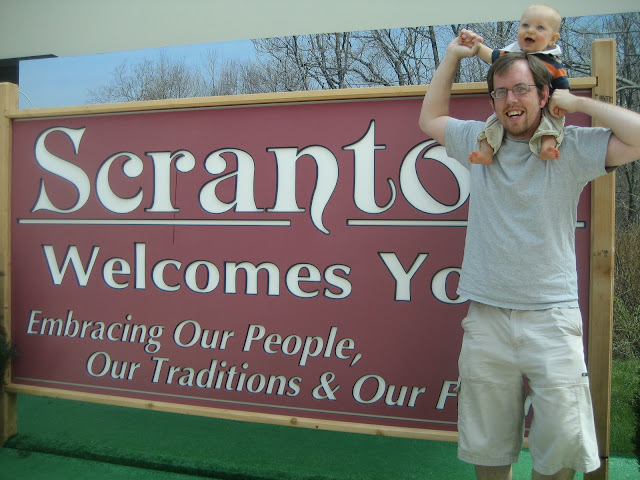 We got to Scranton around 11am on Friday morning, drove around and spent about an hour at the Steamtown Mall, and then we drove to Kennebunk! We got in around 8pm, ordered a large pizza, and then went to bed! 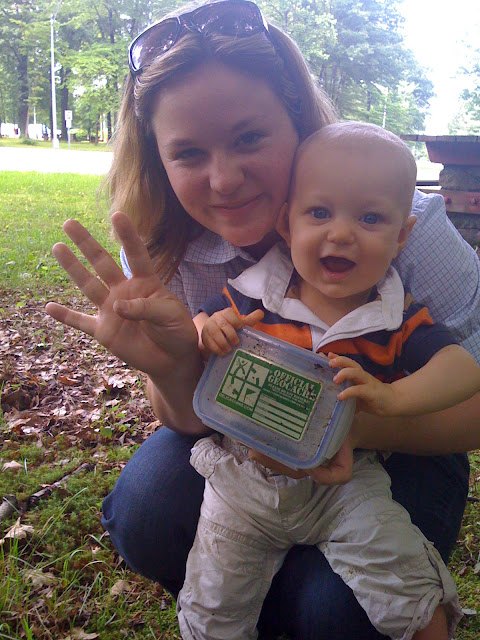 Saturday we had a cookout with some of my relatives, and today we went to church and are just hanging around the house. We have some big plans for this next week including a trip to a theme park and Relay for Life in Boston! Stay tuned for more details and enjoy the pictures!

I am a genius…

How to Budget for a Family Gap Year

Where Do You Stay During A Family Gap...

from jared- you guys rock!