Last week I traveled to New Orleans for iRetreat Conference. This was my first trip to The Big Easy, and I had a fantastic time! In fact, I had so much fun that I may already be planning a trip back! 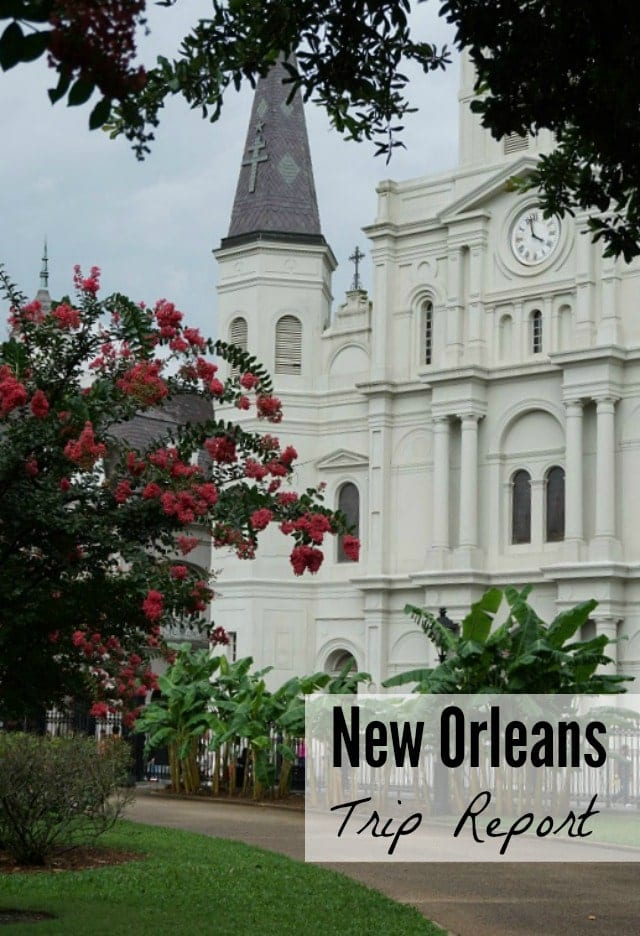 I left early on a Sunday morning and arrived in New Orleans at about 1pm local time. My friend Asha, who coincidentally lives on my same street here at home, had arrived a couple days earlier, so she picked me up at the airport. We also arranged to drive another iRetreat attendee, Shannon, with whom we became instant friends. 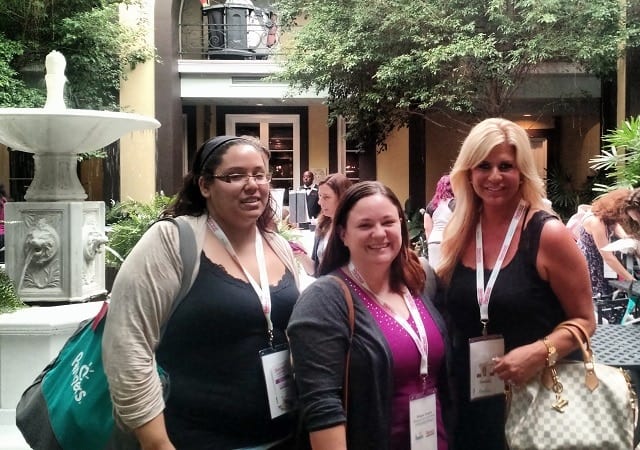 It had already been a long day of travel, so I was very happy that my room was ready upon arrival at the Hotel Mazarin. I was even happier when I actually saw the room. 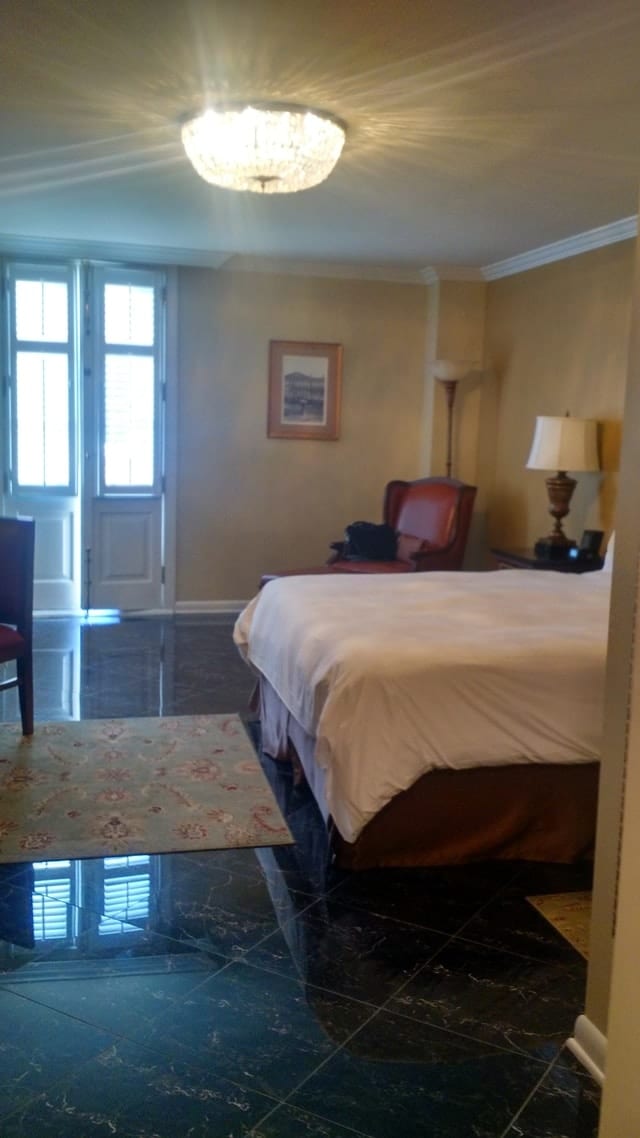 My pictures don’t do it justice; the Hotel Mazarin is gorgeous. Being on my own for four days and three nights was already a treat, and having this room to myself, with its personal chandelier and balcony, turned a trip into a vacation! 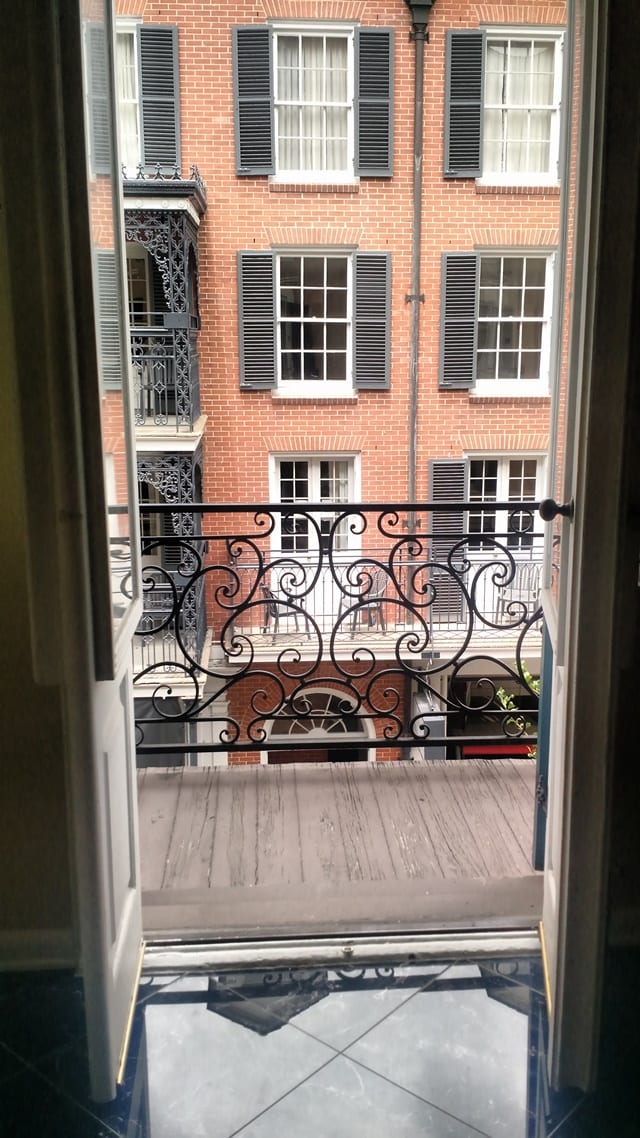 I loved having the little balcony to step out onto. The hotel is right in between Bourbon Street and Royal Street (two totally different atmospheres!), and I could definitely hear the partiers at night, but it didn’t bother me. I slept like a baby at the end of each activity-filled day! 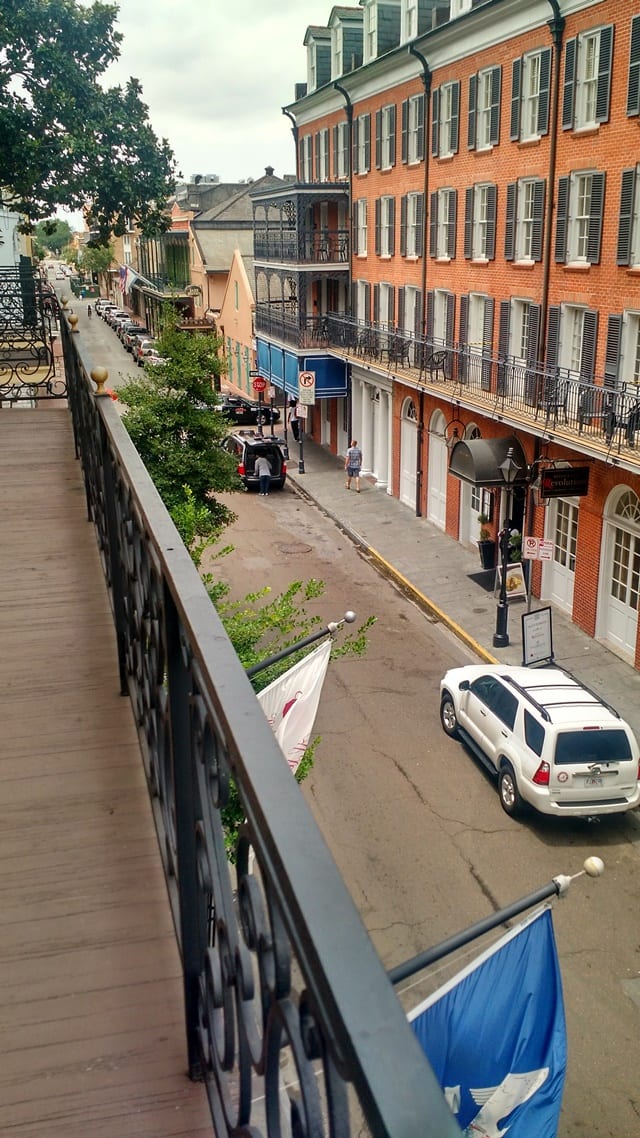 After a few minutes of settling in, I went down to the courtyard to meet with fellow iRetreat attendees and sponsors. Pampers was the main sponsor, so I went home with a pack of diapers. Three, actually, since Asha and Shannon gave me theirs!

Here is the beautiful Hotel Mazarin courtyard, at a less busy time! 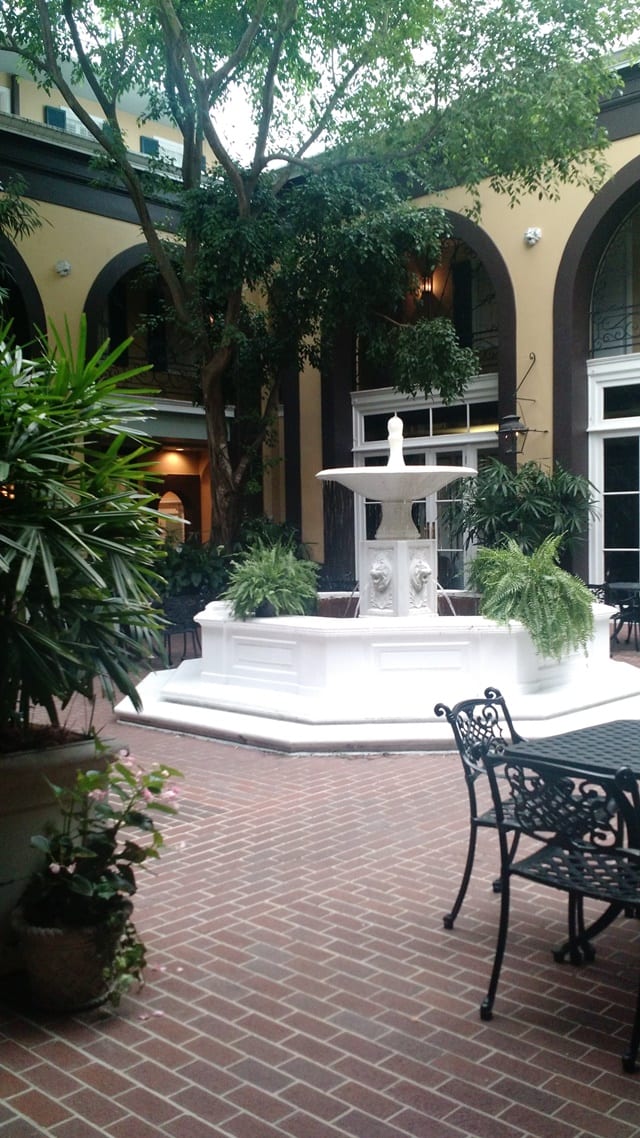 First on the schedule, after the meet-and-greet, was a photo walking tour of the French Quarter. I mean, could there be a better way to start my trip?! Of course it was downpouring when it was time to leave, but the rain shortly cleared up, and we got to take our tour!

We walked up Royal Street and over to Jackson Square, where we got to take photos outside and inside the St. Louis Cathedral. 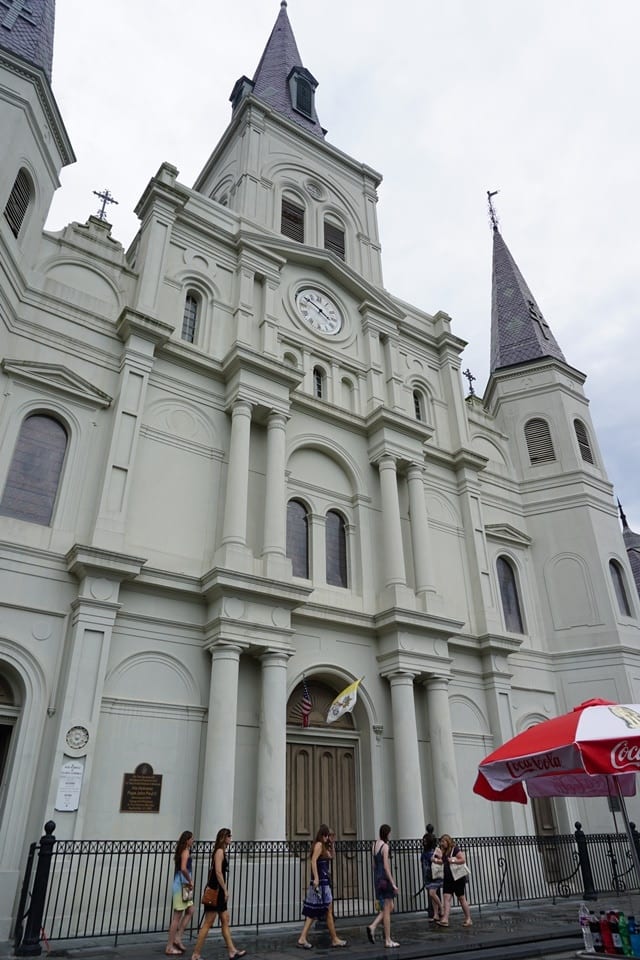 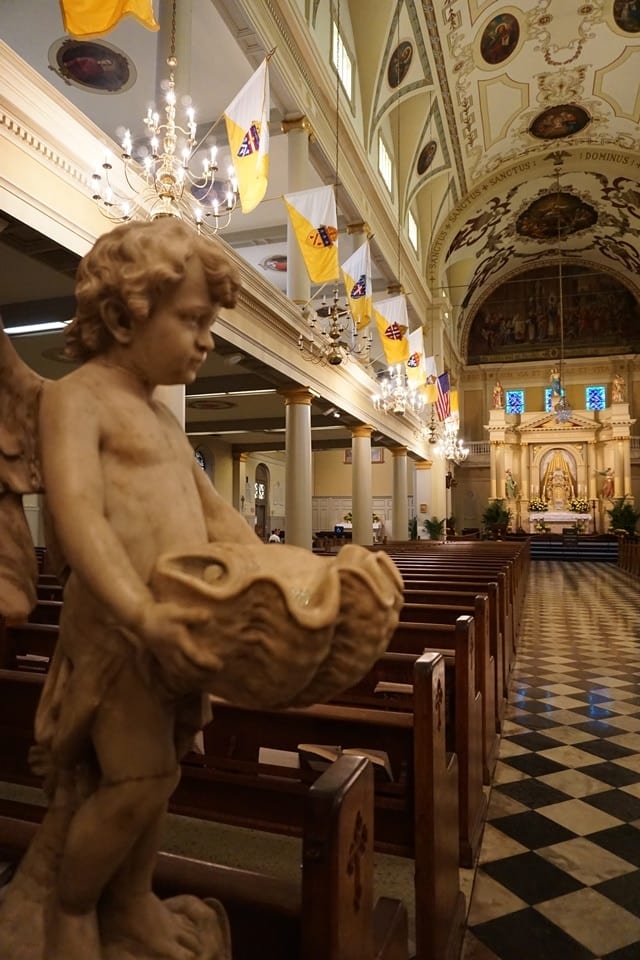 Then we walked through Jackson Square, admiring the greenery and architecture, which is so unique to the French Quarter. 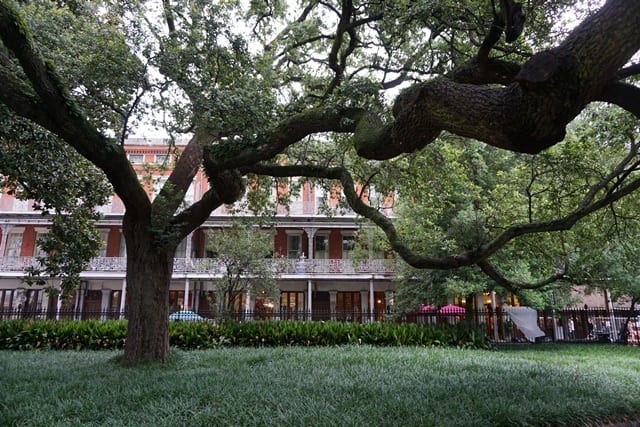 Then we made a stop at the iconic Cafe Du Monde. The line was very long at 3pm, so I made a mental note to come back early in the morning! Gotta try those beignets! 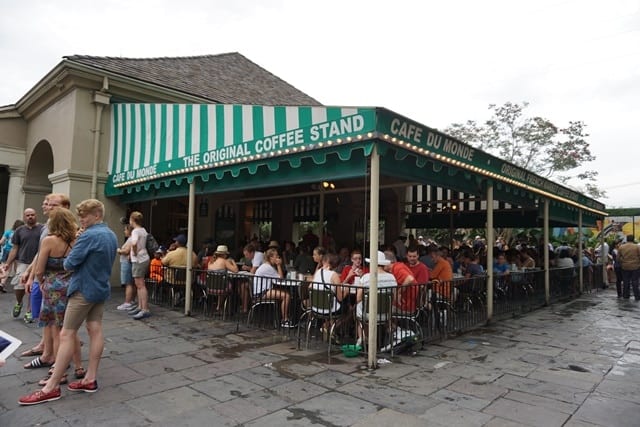 After our photo walking tour, I went straight into another session, all about Pinterest. Then it was time for dinner!

Asha had seen a restaurant called The Bayou Burger and wanted to try it, and I was up for anything, so there we went. We met her boyfriend, Nate, Shannon, and two other iRetreat gals we picked up along the way.

I think my meal at the Bayou Burger was my favorite of the whole trip. I had skipped lunch, though, so that may have had something to do with it. Or it could have been this… 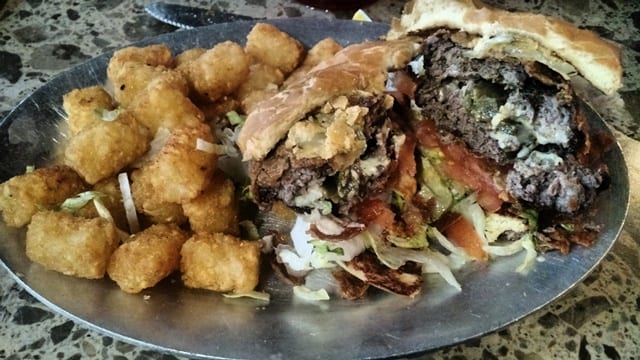 I had to take a picture of the description to share with you the awesomeness of this burger! 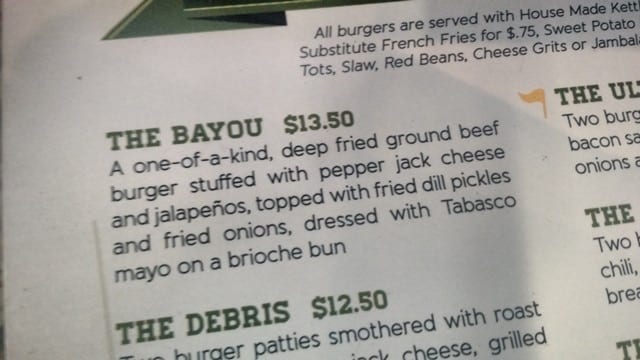 It was super delicious.

After eating, it was time to hurry to the Musee Conti Wax Museum, where the evening’s conference proceedings were taking place. We heard from Holly Homer, and the iRetreat gals announced the rebranding of their company Double Duty Divas to iConnect Influencer Management.

Then, we had a cocktail party in the wax museum. Totally normal, right? Nope, this conference is not normal, which makes it awesome! 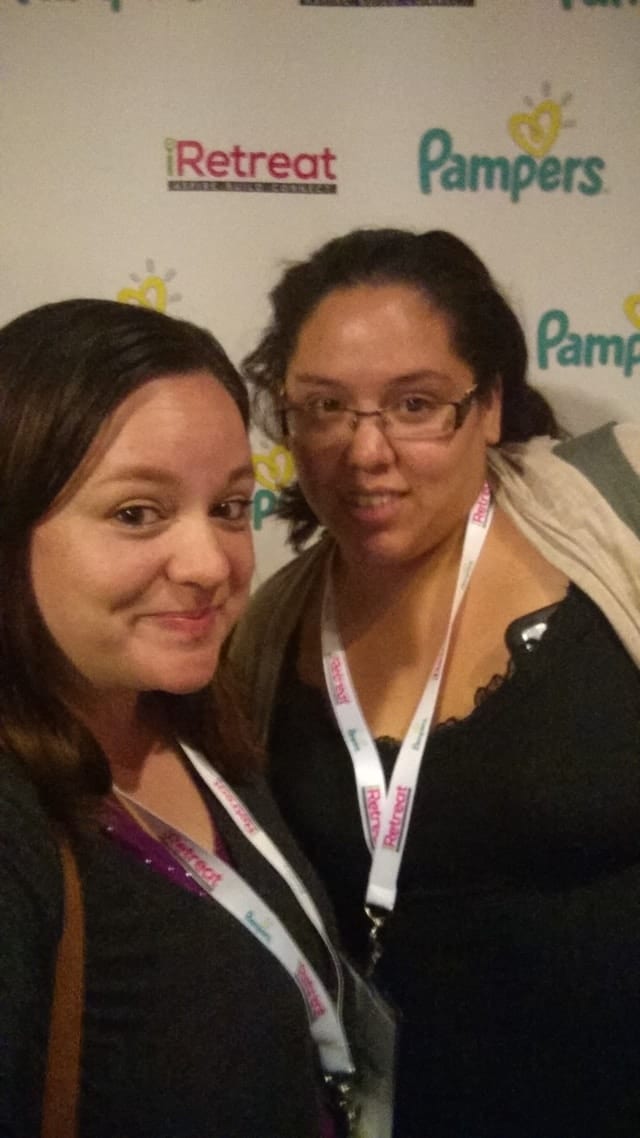 One of the waiters was walking around with a bread bowl full of meat and some kind of sauce that could only have been made in Heaven itself. There were desserts, cheeses, and a bar (so I ODed on Coke, obvi).

The day had started at 3am AZ time for me, so after the cocktail party it was time to go back to my hotel room and crash. The next day started with the first session at 8:30am, and I wanted to grab some of the Hotel Mazarin’s delicious breakfast buffet, so I got as much sleep as I could!

Monday morning I did just that- got some breakfast at the hotel, then headed back to the Musee Conti for a morning full of speakers.

Raising Cane’s was on the scene, keeping the lemonade flowing all morning long! 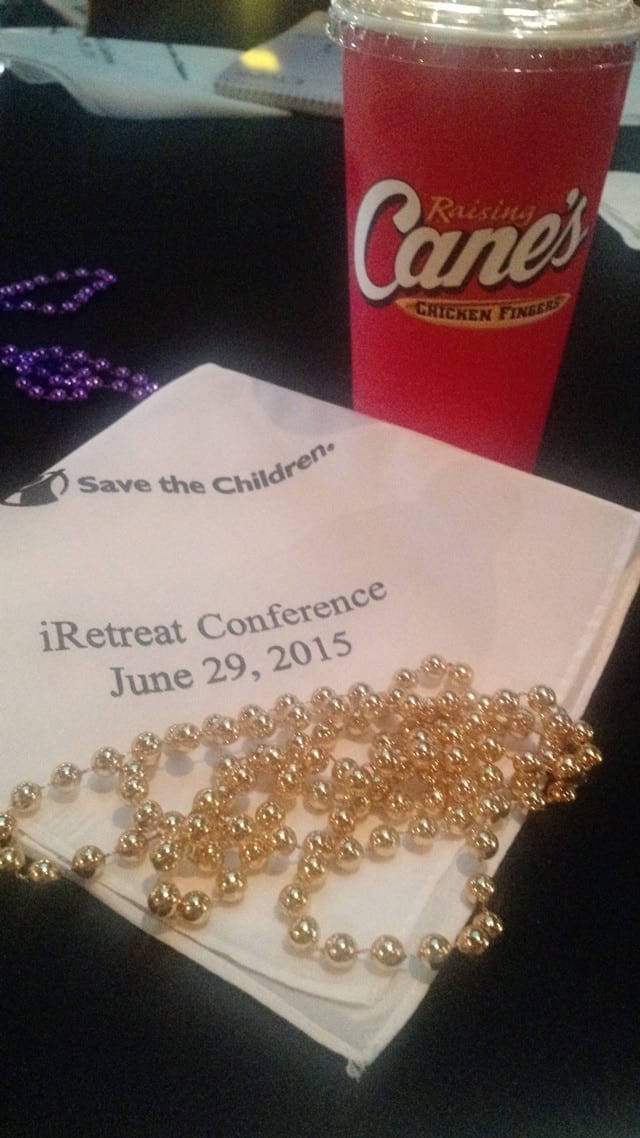 We heard from Dan and Rachel (of Blogging Concentrated) about how to handle viral posts, Jeff Funk taught us some video basics, Danielle Smith talked about branding, and then Pure Via sponsored an epic snack break. 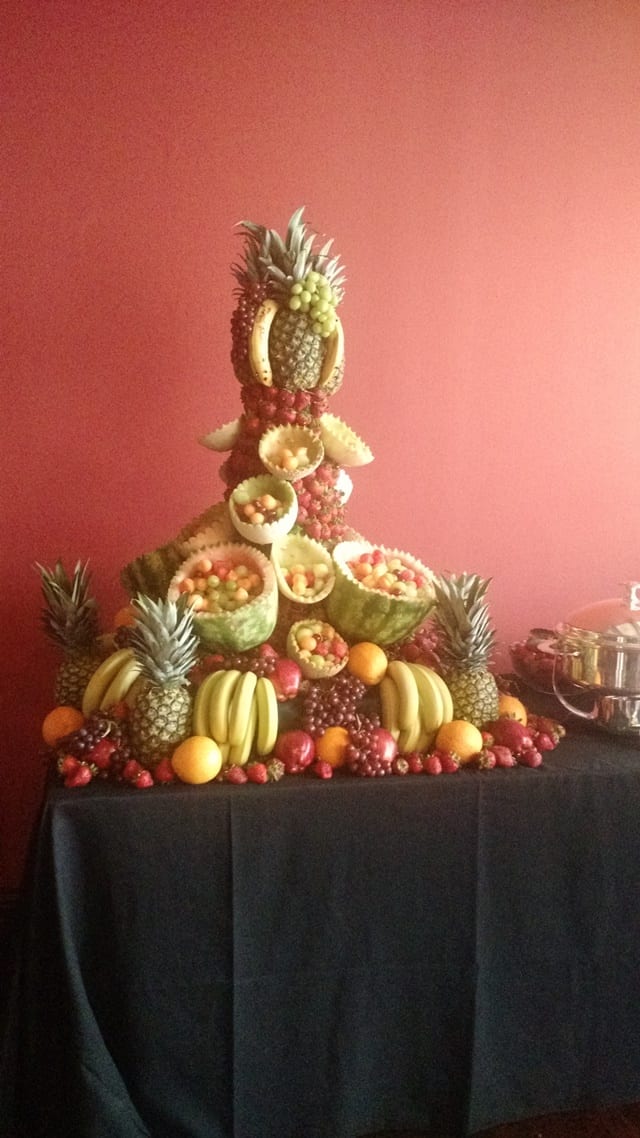 After a snack break, we heard from Megan Jordan about using storytelling in our writing and working with charitable organizations. Then we heard from one of the sponsors, Save The Children, who moderated a panel of Katrina survivors, and then introduced their program to help keep families together in emergencies.

Save the Children were also the sponsors of our next event, which was a Second Line parade! A New Orleans tradition, a Second Line parade is a celebration in the street, led by a brass band, followed by the “second line” of people walking along and waving handkerchiefs. 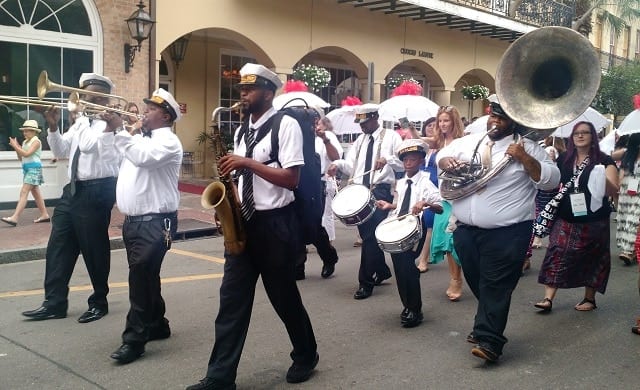 Our parade took us through the streets of the French Quarter and to our lunch destination. We even made the local news!

And yes, I walked backwards for this next photo. 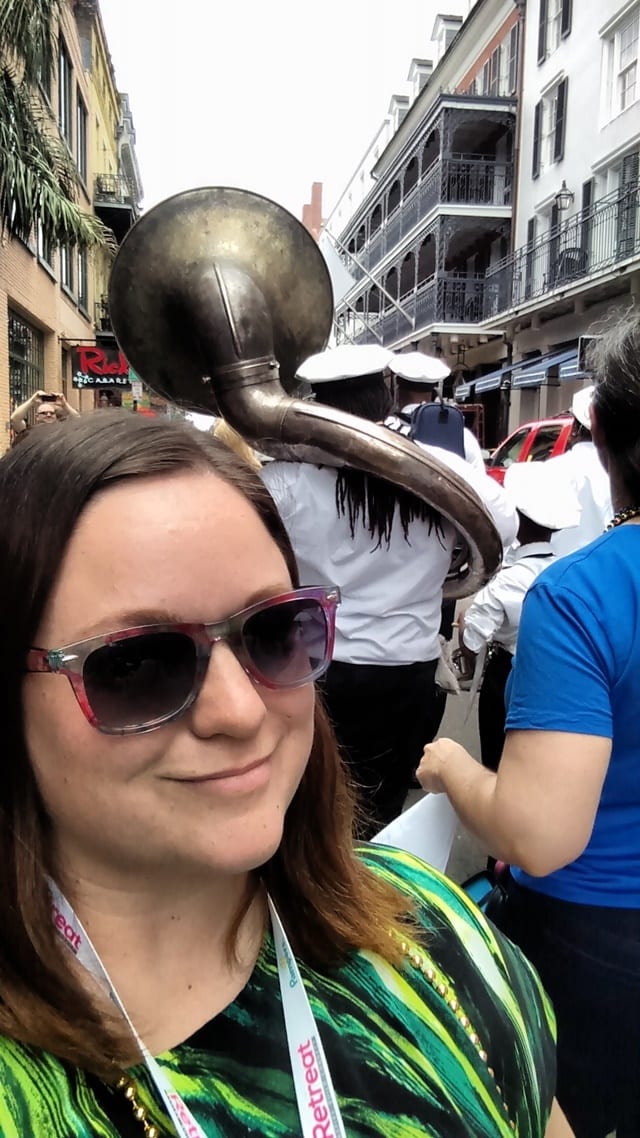 Had to document that I was actually there.

Our lunch destination was the famous Broussard’s, where I had gumbo and bread pudding. I also tried the restaurant’s signature mocktail, the Blue Hawaiian. 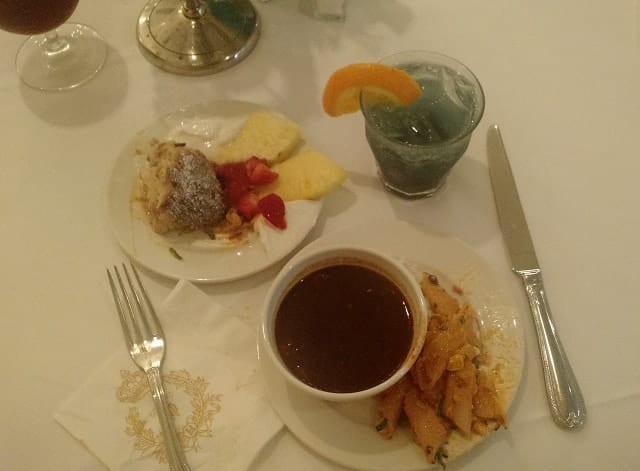 Pampers sponsored the lunch, and they also had an activity for us- making onesies for babies in the local NICU. Whoo’s sleepy?! 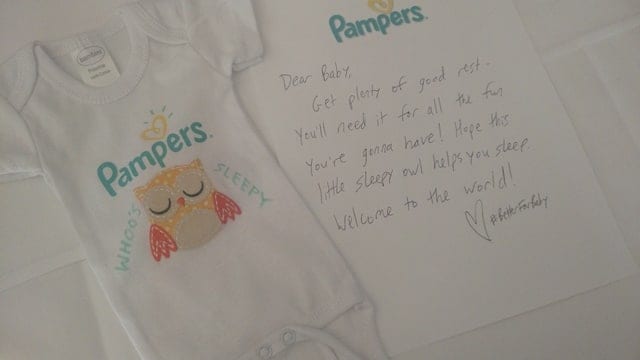 Pampers asked us to make a pledge for how we can make life #BetterForBaby, so I tweeted out my pledge to spend time each day giving my kids my full attention. When I got back to my hotel room later, Pampers had left a gift bag in my room, with a card and two iTunes gift cards, thanking me for my pledge.

No, thank YOU, Pampers. You rock my (onesie?) socks off!

I had a little time to relax in my room before the afternoon session. It was hot and sticky outside, so it was always a relief every time I got to return to my room and just relax in the cool air conditioned room. I have no regrets about getting a room to myself!

The last sessions of the day were at the Hotel Mazarin, and I attended the one on personal branding, run by Julie Plake. Then we had a “snoball” social in the courtyard (snocones are apparently called snoballs in New Orleans), and then Asha and I met Nate again for dinner at Remoulade.

I’m not a big seafood eater, but New Orleans is the place to be if you are, in fact, a seafood fan. That night I went with buffalo wings and cheese fries. #noregrets 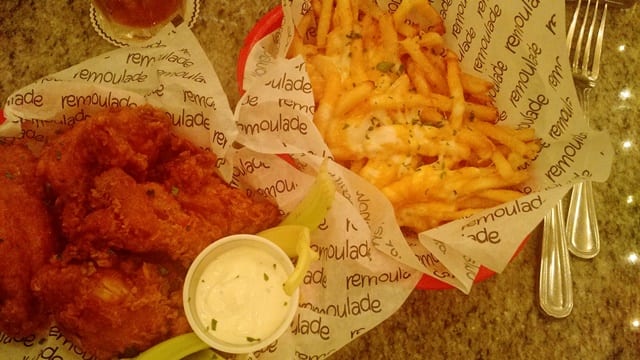 After dinner we walked down Bourbon Street, which is as crazy as its reputation… 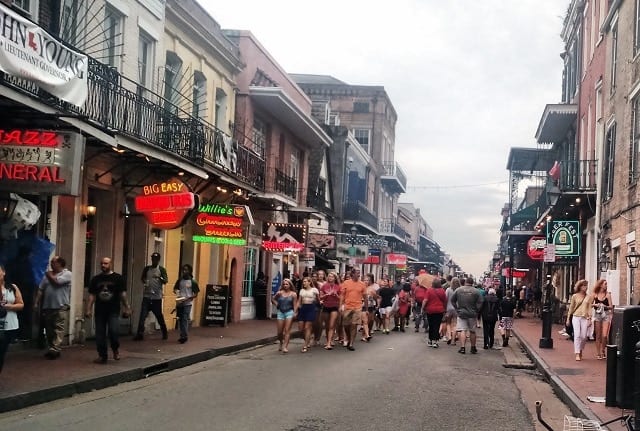 …and we also browsed a shop or two on Royal Street, before Asha and Nate called it a night. I went back to my room too, but I didn’t stay long!

My friends were all either sleeping or partying; nobody wanted to join me to hear some jazz, so I went by myself! I made it to the 10pm show at Preservation Hall, and even with it being standing room only, and having tall people in front of me, it was still worth it. 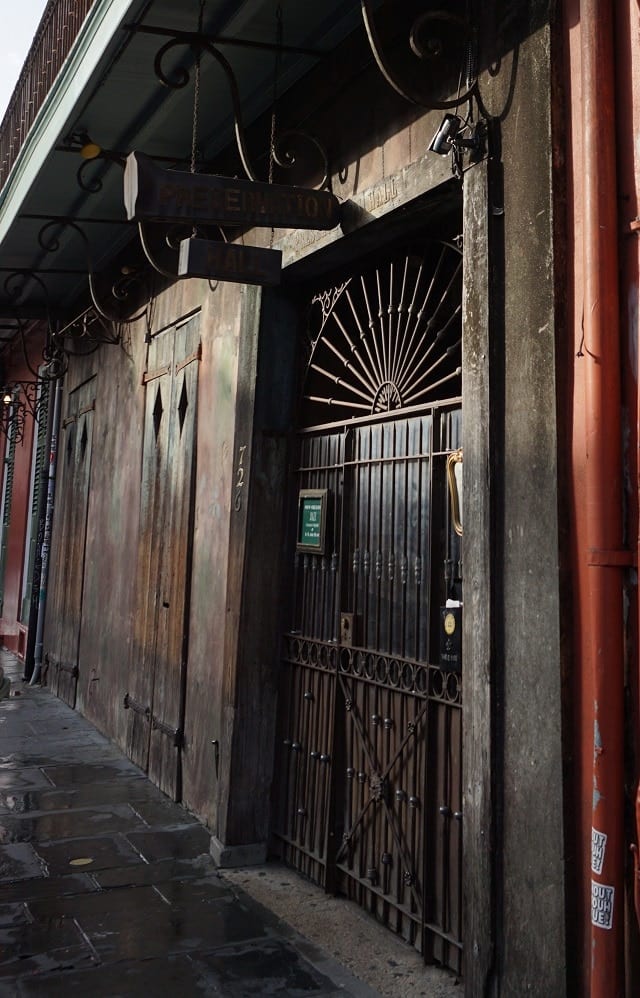 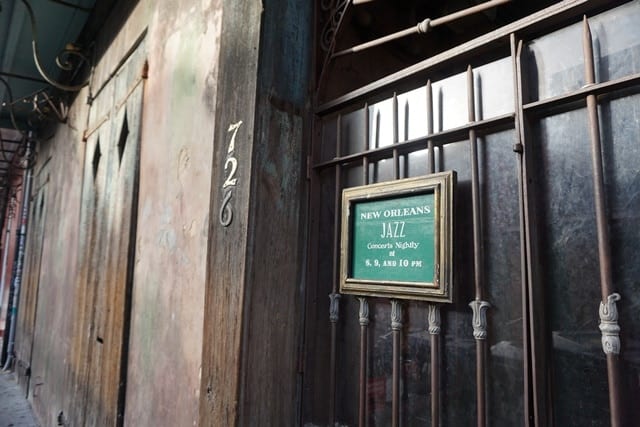 What’s a trip to New Orleans without hearing some good jazz? I loved the show and recommend seeing it, even if you only have one night in New Orleans. When it ended at 11pm, I made my way back to the Hotel Mazarin for the night, after a very busy, very fun day in the French Quarter!

I’m going to stop there for now and save the second half of my trip for another day. There’s just too much fun (and so many pictures) to share!

I’ll leave you with this video of our Second Line parade. Enjoy!


Check out the second half of my New Orleans trip!

I just loved that you came and I am sure that if Nate was not with me. I would have been out all night with you and having a blast with you. Who knows just might just go again next year only if we share a room together. Lol

How awesome! I have been there once a while ago. I was just thinking about you the other day as I was going through my Elevate cards and wondering if you were going to any conferences? I had not heard of iRetreat and I think it is really cool that you went to see Jazz on your own, I so would have been up for that. Can’t wait for part two Megan!

[…] I had so much fun that I had to split it up into two posts- one about iRetreat conference and exploring the French Quarter, and one about my swamp tour. Today, as part of Netflix’s #StreamTeam (for which I receive a […]

[…] I had so much fun that I had to split it up into two posts- one about iRetreat conference and exploring the French Quarter, and one about my swamp tour. Today, as part of Netflix’s #StreamTeam (for which I receive a free […]

[…] the end of June, I jetted off, sans family, for an exciting weekend of exploring New Orleans and attending my first iRetreat […]

[…] My trip report for New Orleans was getting pretty long for just one post, so today I’m going to finish writing about the rest of my time in the Big Easy! If you missed it, check out part one of my trip to New Orleans. […]