Latest Posts
Always Eat After 7 PM final thoughts
How to meal plan on a budget — 5 strategies that really work
Find your dream customers with Traffic Secrets
Always Eat After 7 PM update and my favorite recipe
Why I’m intermittent fasting and increasing my protein
Why I’m swapping breakfast for a bedtime snack
How to Homeschool for Free
Reading Eggs 30-day Free Access
Quarantine Bucket List for Families
The Office Workout Game
Home » Family » Tough as nails!! 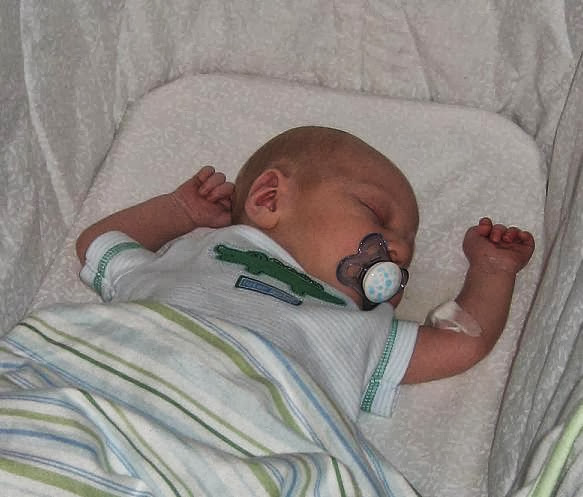 Way to be a man, my son! Carter had to have his blood drawn to be tested for hemophilia, and he was so good! He didn’t cry, and he stayed pretty calm the whole time even with three people holding him down and the guy drawing his blood having a hard time finding a vein. You’d think it would be a pretty easy test- prick him and see if he stops bleeding- but I guess it doesn’t work like that! As Daniel said, if the test comes back positive, he’s the crappiest hemophiliac ever!

Anyway, he is not a hemophiliac, so that’s good news, and I need to take a lesson from him. I haven’t been doing a great job this week with my goals, and I need to suck it up and be tougher and work harder! Today is going better so far, so here’s hoping for a better second half of the week!

Motherhood takes some getting used to- especially for an anal-retentive, schedule-fiend like me- but the sweet baby dozing in my arms right now is so worth it! And yes, this was all typed with one hand!

[…] He cried some, but he was calm for most of the (long) time they were drawing blood. Incidentally, he wore the exact same outfit Carter wore for his hemophilia test, almost five years ago! Want to know how I know that? Because of this: my 12th ever blog post! […]