I will be doing a full trip report later, but today I wanted to highlight my favorite parts of our trip to Disneyland! 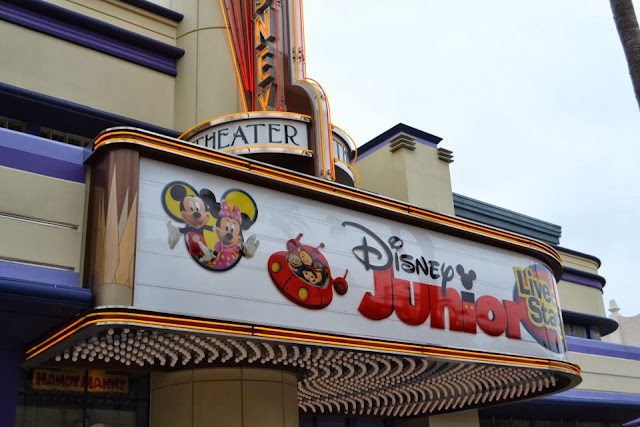 Carter and Vanessa both loved this 20 minute show that included the characters from Mickey Mouse Clubhouse, Little Einsteins, and a few others. It was entertaining, concise, well-written, and had fun surprises like bubbles and streamers from the ceiling. It was cute to see Carter yell out his name at the beginning of the show when the performer asked all the kids to say their names. 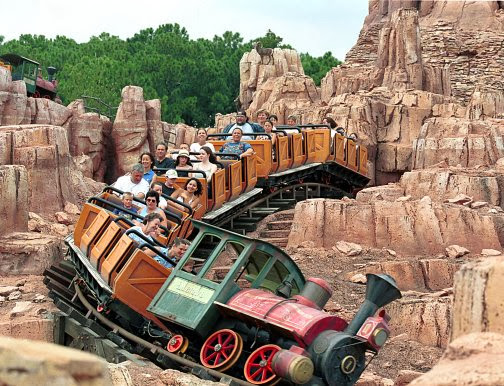 Daniel and I got a few hours to ourselves on the night of our first day at the parks, and we walked right on to Big Thunder Mountain twice in a row. I felt like I was 15 again. Theme park dates are the bomb.

8. Vanessa on It’s A Small World

Vanessa was a little leery of many rides and the big costume characters, but she loved every part of It’s A Small World (and a couple of other rides). She just looked around at everything, reached toward the characters and waved at them. 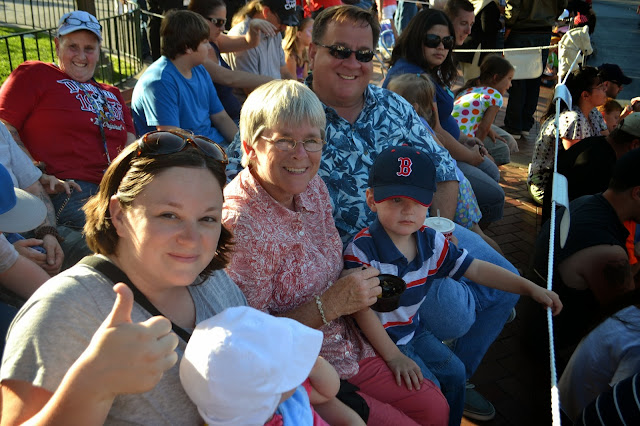 While we were sitting on the curb waiting for the Disneyland parade to start, an employee came up to us and asked if we’d like to move to reserved bench seating (front row). We said yes! Just a little of that Disney Magic!

With about an hour to go before the park was going to close, Daniel, Carter, and I wanted to go on Luigi’s Flying Tires for the first time, and hopefully Mater’s Junkyard Jamboree for a second time (third for Carter- he went with my mom once). The line for the tires was long, and once we got off the ride, it was just past 11 (closing time). We started to leave, but when we passed the Mater ride, they were still letting people on, so we walked right on the ride and got to ride it again!

On our first morning, we rode the Mater ride and had fast passes for the Radiator Springs Racers for later that afternoon, so after walking around Cars Land for a little bit, we went next door to It’s A Bug’s Land. The rides there had no wait, so we rode almost all of them several times! Carter loved the bumper cars! 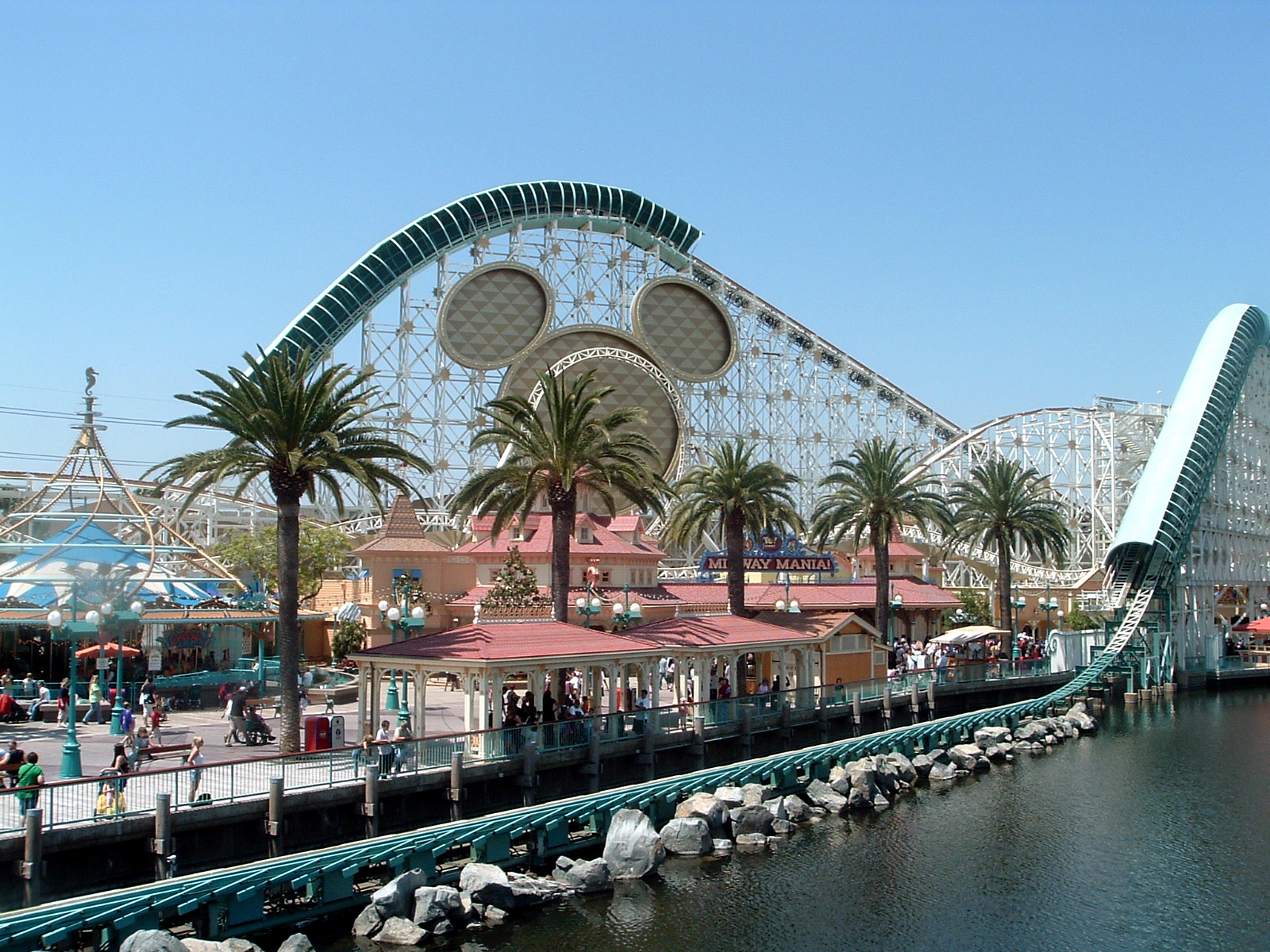 On the second day, when Daniel got us all fast passes for the Radiator Springs Racers, the machine also gave him four fast passes for the big roller coaster. Each pass was good for up to 6 people! So Daniel and I got to ride the roller coaster twice, and we gave the other passes to a couple of families who were about to join the regular line queue. 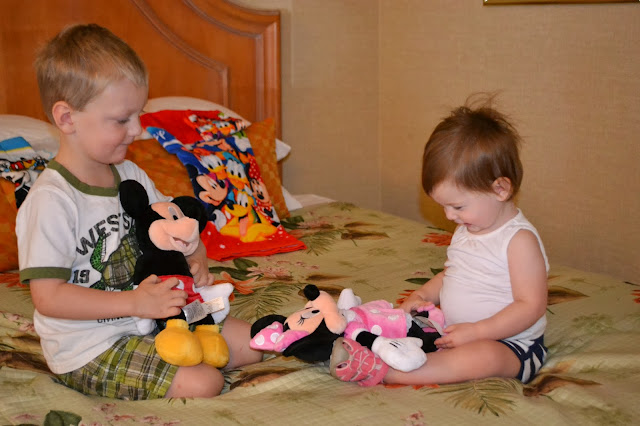 In an attempt to avoid bringing my children into the Disney gift shops, I planned on buying them some Disney toys ahead of time and leaving them in the hotel room for them to get after a day at the park. My mom ended up getting all the goodies for them. On the first day they got Mickey and Minnie stuffies and beach towels, then Carter got a set of Cars toys while Vanessa got a set of Pooh Bear toys, and then they both got a set of beach toys for the third day (when we went to the beach). They loved it, and we saved ourselves from gift shop meltdowns! 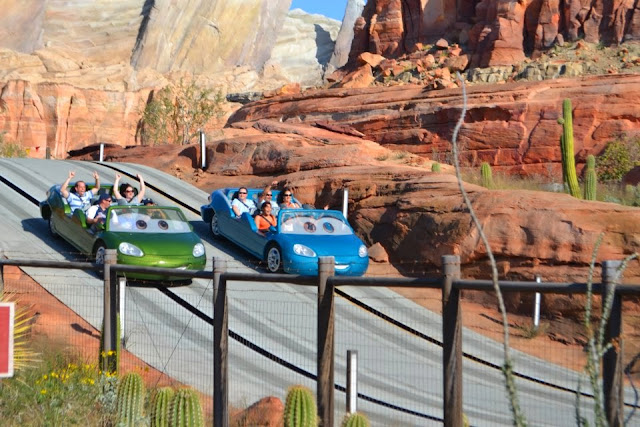 We were lucky enough to get fast passes for this ride on both days (they sell out in the first hour the park is open), as well as two extra passes for a baby swap, so we had a total of 14 rides on the Racers! Carter and I went four times, Daniel went three times, my dad went twice, and my mom went once! I can honestly say this was the best ride I have ever been on. I’m grateful I didn’t have to wait in line for the regular two hours, but it would have been worth it. SO well done! 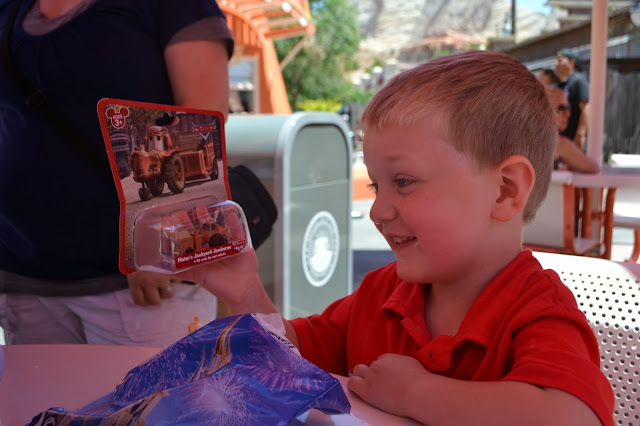 That’s how much we spent, not counting gas and a couple of meals while traveling. I bought Carter a toy for $7 in the park (a little toy version of the tractors from the Mater ride), and we paid $2 for parking at the beach. My parents treated us to our hotel room, all meals, and our park tickets, not to mention treats and shirts for the kids! We had a fantastic time! Thanks so much, Gramma and Grampa!!! 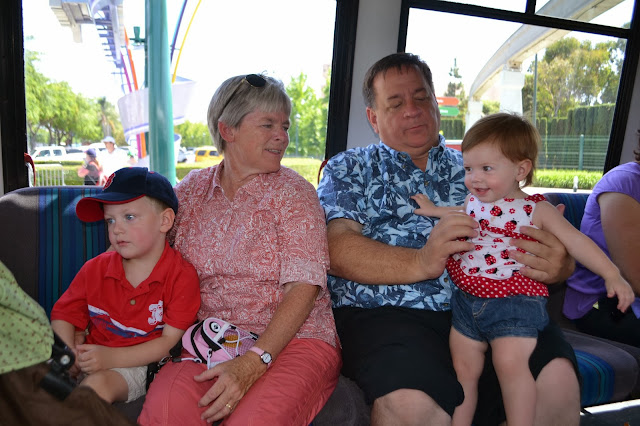 And for your viewing pleasure, here is what Vanessa did on the beach…

That looks like so much fun! I can’t wait to take my kiddos to Disney someday.

Love this! I want to go to Disney so bad! Hopefully one day :)

Awe looks like they had such a great time! I also can’t wait to take my kiddos there. I’m a new follower coming over from the GFC hop :)

I loved the photos! My favorite one was with your two cute kids looking at their Micky and Minnie on the bed, so adorable!

Tina – mom of 4, author and blogger of 5 blogs
http://abooksandmore.blogspot.com

Aw, thanks! They loved their surprises!

I’m your newest follower. Hope you’ll return the favor and follow my blog and/or FB fan page! Found you from the GFC blog hop!
http://countrifiedhicks.blogspot.com/

Stopping in from the GFC linky. I’m your latest follower :D Looks like you all had a blast. My son would love the Disney Jr Show. My television never leaves that channel if my son is awake. Thank you for sharing these moments with us! Hope you’ll stop by to visit sometime :D

The Disney Jr show was great! Made me wish I was performing again. My husband and I met as theme park entertainers!

Happy to be your newest follower!!

Hope you’ll have a chance to check out my blog!

Following from GFC hop. My 3-year old is looking over my shoulder and BEGGING to see Lightning McQueen!

Too cute, you’ll have to take him! My little guy loved every second of being in Cars Land!

What great photos! Cars Land?! JEALOUS! I can’t wait to make a trip down there – I haven’t been for 10 years…and I’m itching for my son to be old enough to enjoy the rides!

Newest follower from the blog hop =)

[…] went on vacations to Mexico and Disneyland, and I was a blog angel. I worked a lot, which was a nice change for me, to get out of the house […]