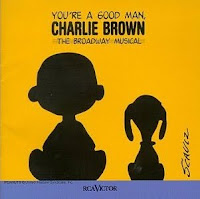 Really fun songs, great for choreography (some of the best I’ve done), funny, and short & sweet. Proof that even a silly little musical can have a powerful effect; one of the most moving lyrics to me in all of musical theatre comes at the end of The Baseball Game: “Dear Penpal, I’m told where you live is really quite far. Could you please send directions on how I can get where you are?” The last song is touching as well: “Happiness is anyone, and anything at all, that’s loved by you.” 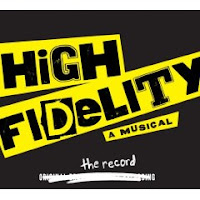 I have to admit that I have not actually seen High Fidelity! The Broadway production bombed and only did a few shows, and they didn’t film it for the the Lincoln Center library. The rights to perform the show have just recently been released, so hopefully it will see a good run in regional and community theatres. “I’m approaching infinity and happiness!” 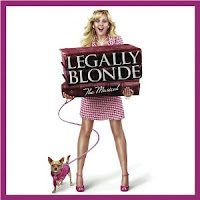 This isn’t one I expected to like, and I’m not a fan of the movie, but it’s a fantastic musical. The music and dancing is upbeat and fun, and the writing is smart and witty. The characters are real and engaging. 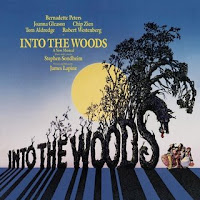 This one has been a favorite since I got to play The Baker’s Wife in my high school production. Just Sondheim being brilliant. “Running away, go to it. Where did you have in mind? Have to take care, unless there’s a ‘where,’ you’ll only be wandering blind. Just more questions- different kind.” 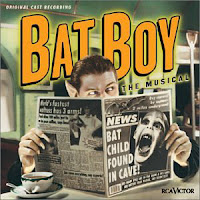 One of my favorites since I heard it being played over and over again in the scene shop at my summer stock theatre. Campy and fun, great music and choreography options. VERY high up on my list of shows to direct/choreograph. Saw it in Boston, and it was perfect. 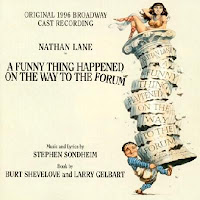 I think this show is so high up on my list, first of all, because of the productions I’ve been involved with. We did this my freshman year of high school, and then my summer stock theatre did it, and that production was possibly the best production (excepting Broadway/Off Broadway productions) of any show I’ve seen. Hilariously funny, with great music and choreography options…I’m starting to see a trend here! 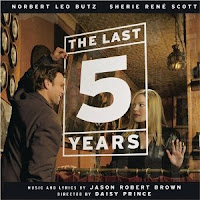 Jason Robert Brown’s 2-person, heart-wrenching show is a favorite in the Tenney home. We kind of wish we had the voices to do this one together! Maybe someday. “Have I mentioned today how lucky I am to be in love with you?” “Would you share your life with me for the next ten minutes? For the next ten minutes? We can handle that. …And if we make it til then, can I ask you again for another ten?” 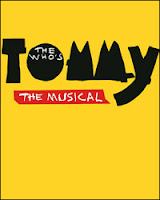 The Who’s Tommy is not a traditional musical, but it ranks high on my list and in my heart. I got to be a part of a production in my summer stock years, and it will forever be a favorite. A rock opera, it has very few spoken lines, but the music (which is of course adapted from the Who’s album) is unbelievably powerful and the technical elements mindblowing, when done well. “Listening to you, I get the music…” 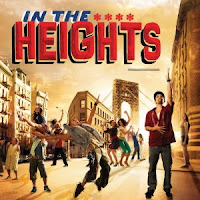 I got to see In The Heights on Broadway a couple of years ago, and it immediately jumped to the top of my list. It was hailed as a hip hop/rap musical, which it is, but that is an incredible understatement. The success of the show is due to the powerful story of relateable characters, told through geniusly composed music and lyrics. “I’ll make you proud of everything I know.” There it is- top ten Tuesday. Took me all day to get this post finished- started over 12 hours ago! Get these cast albums and listen to them. Or better yet, buy a ticket to a show.