The Doc Is In!

On Saturday, my mom and I took the kids to the Doc McStuffins’ “So Much You Can Do, To Take Care Of You” Tour. The Doc was in Phoenix, making the last stop of her cross country tour. We had a fantastic time, and the photos tell all! 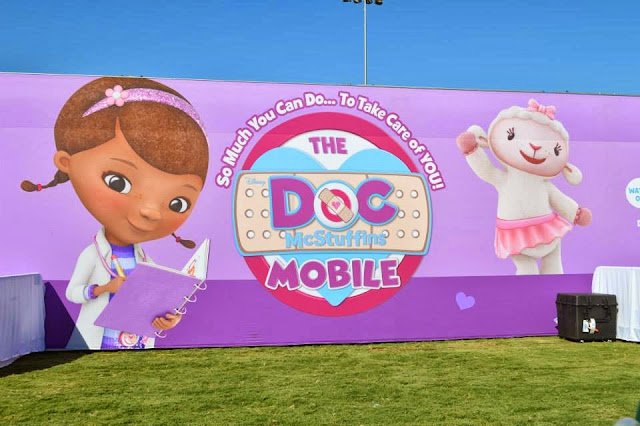 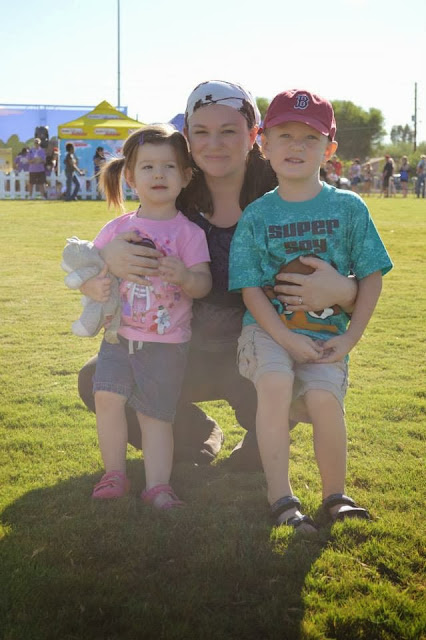 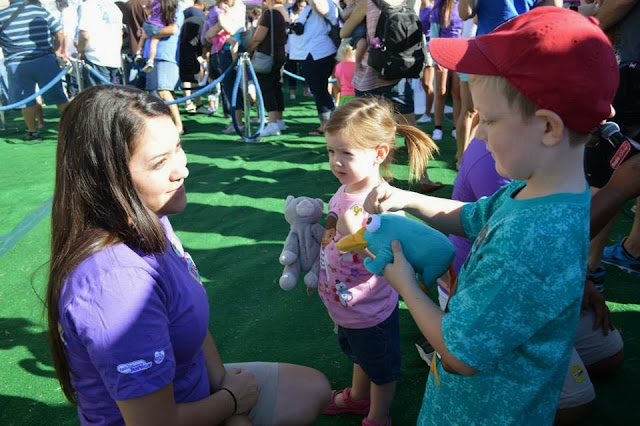 Everyone working there was friendly and upbeat! 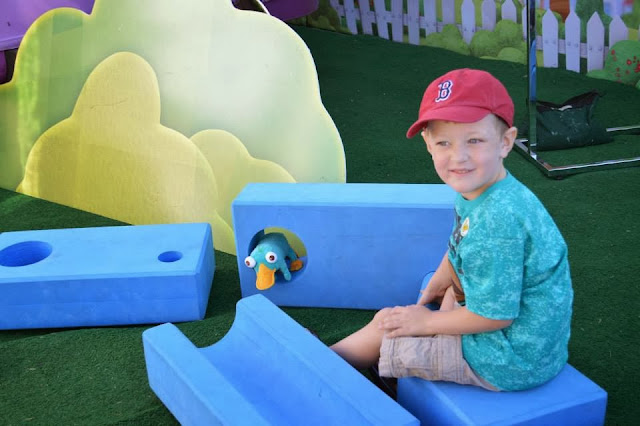 This was “Stuffy’s Imagination Playground” which kids could play with while waiting in line. 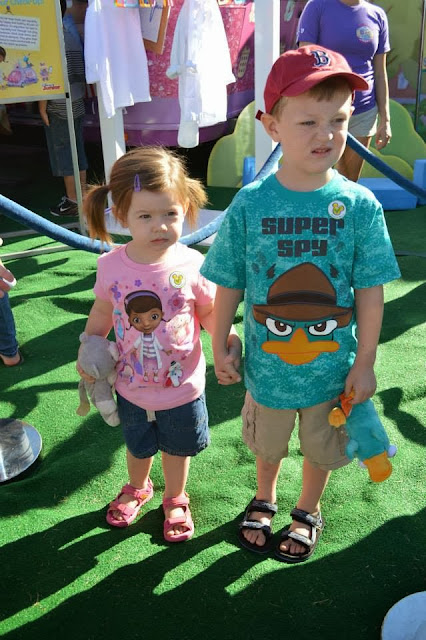 Holding hands, waiting to enter the trailer to give their stuffed animals a check-up. 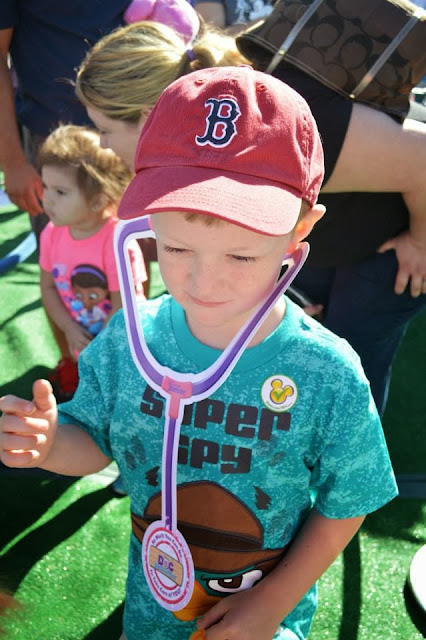 They gave out cardboard stethoscopes, and Vanessa hasn’t taken hers off since! 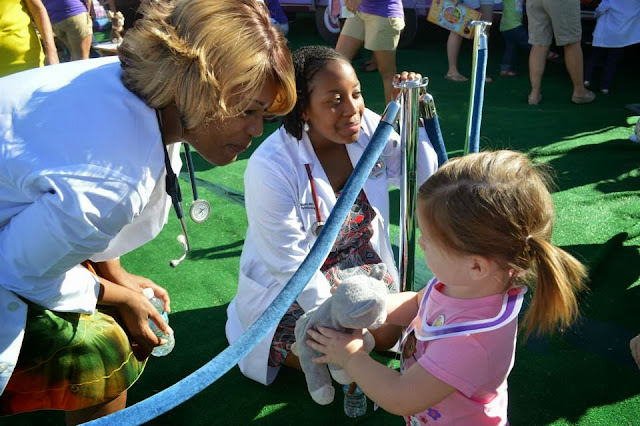 Vanessa showed her kitty to real doctors who were on the tour. 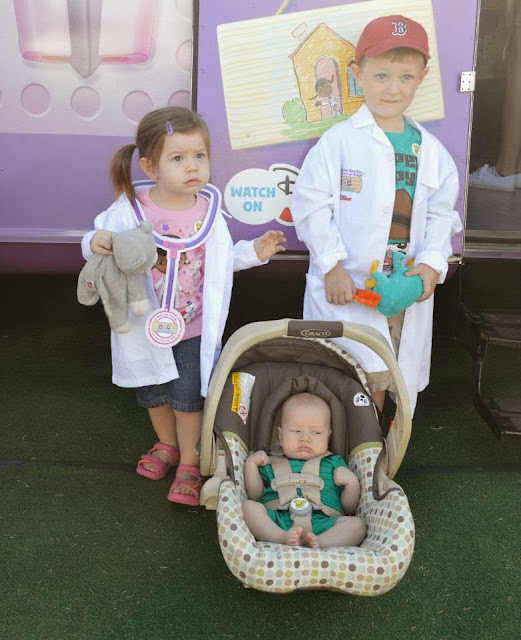 They gave the kids lab coats to wear into the trailer- so cute! 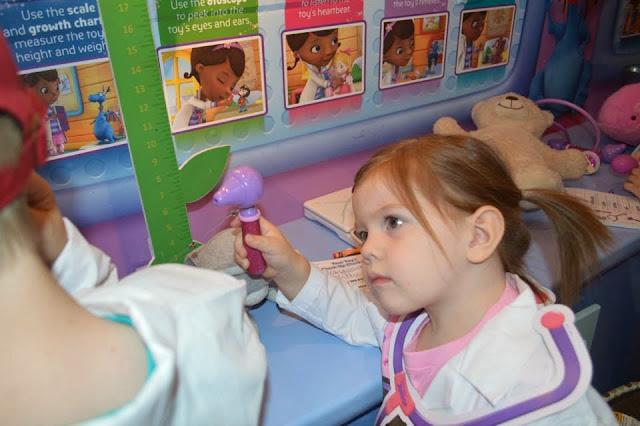 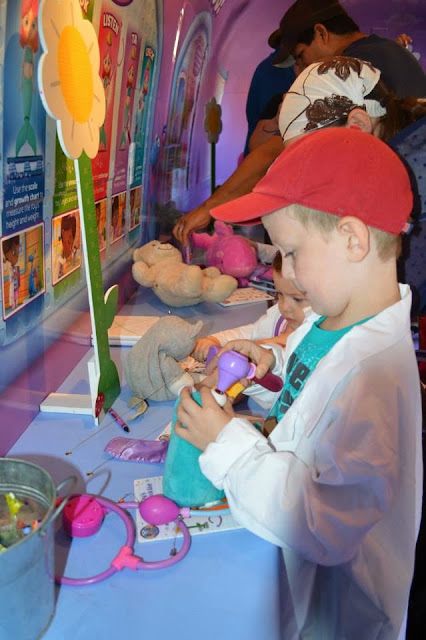 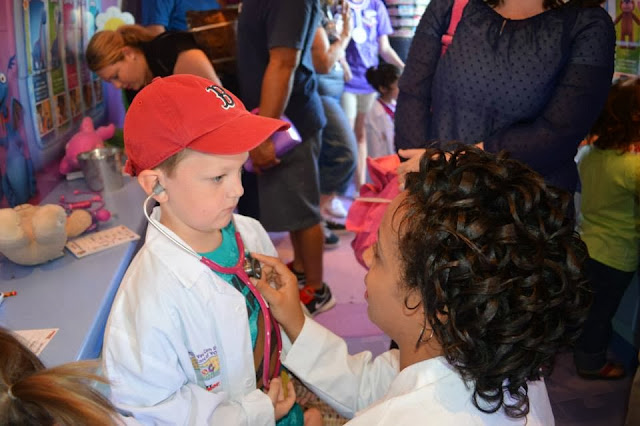 Carter got to listen to his own heartbeat! 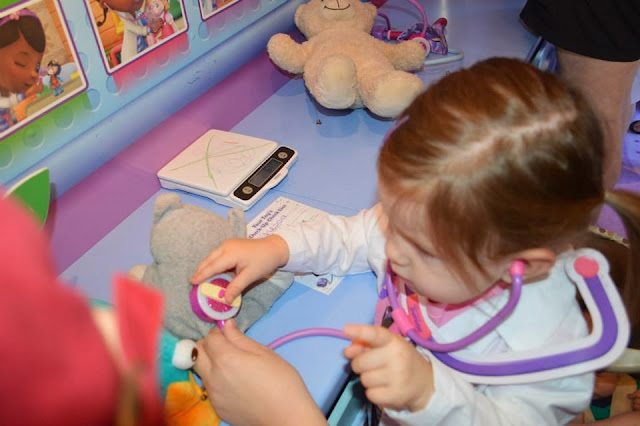 And Vanessa got to listen to kitty’s heartbeat! 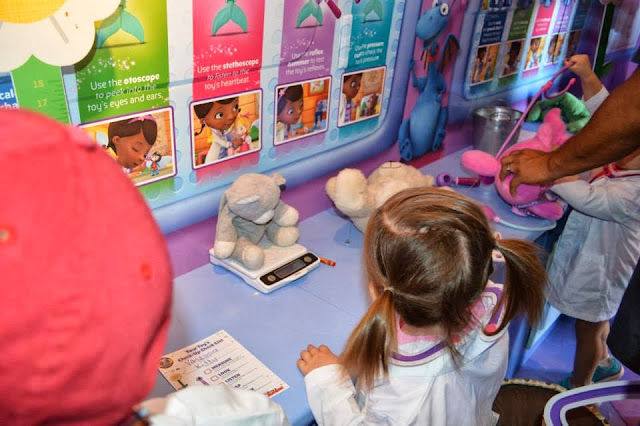 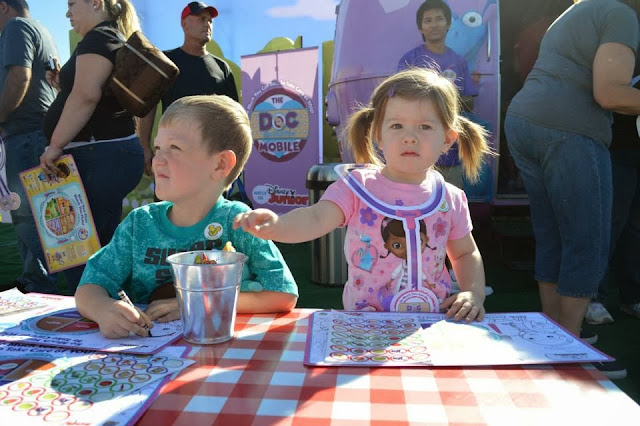 Coloring placemats that came with stickers of healthy food 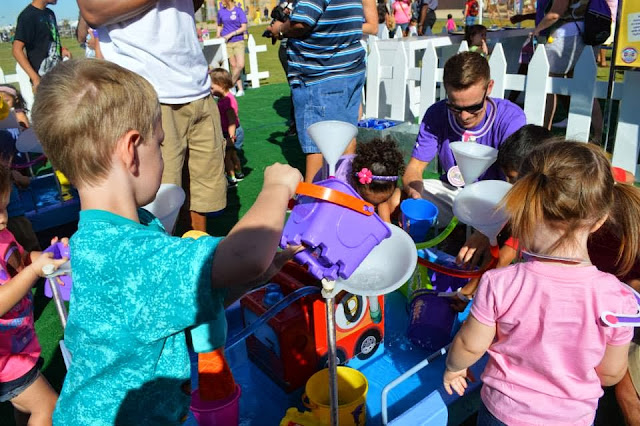 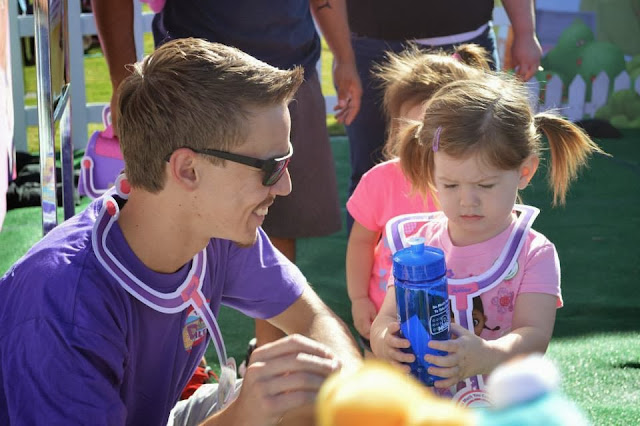 Then they got water bottles! 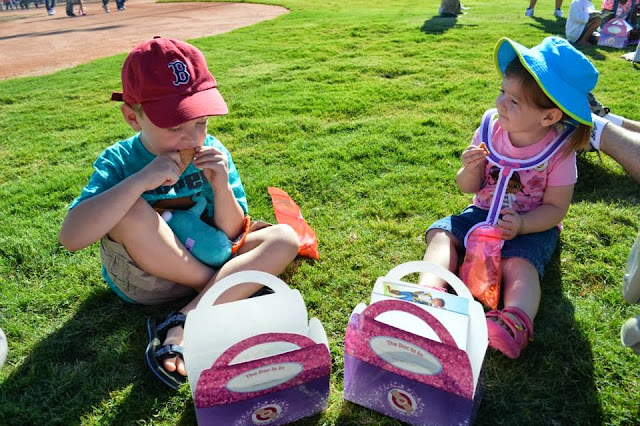 After going through the different stations, the kids got boxes that looked just like Doc McStuffins’ doctor’s kit. Then we had to sit and have a snack while in line to see Doc McStuffins herself! 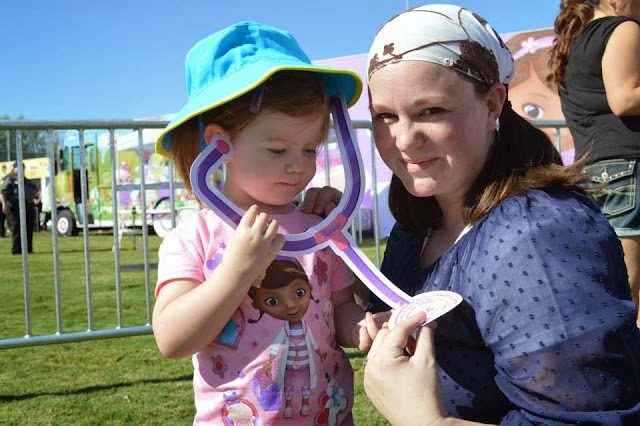 Vanessa giving me a check-up 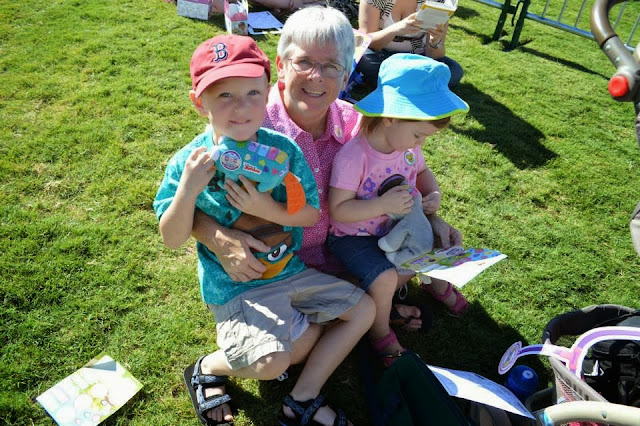 Gramma came as my photographer and took almost all these photos…except this one! 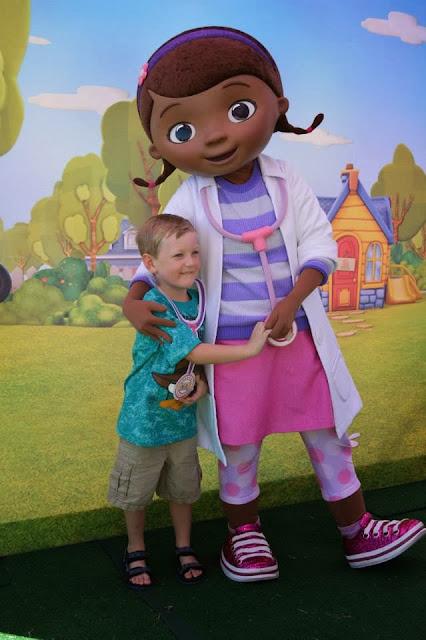 Finally time to see the Doc! 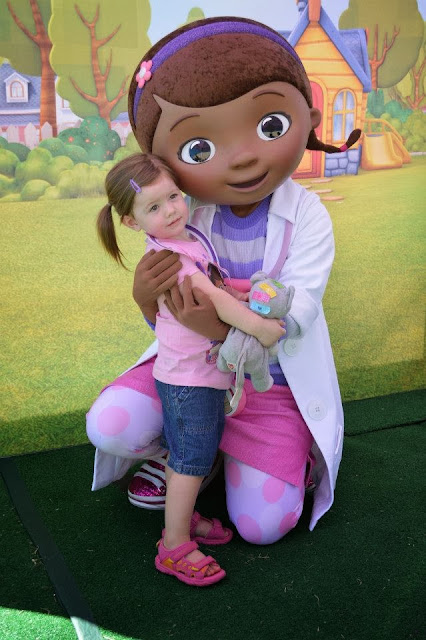 Vanessa has NEVER willingly gone up to see a costume character, but she practically pushed people out of the way to get to Doc McStuffins, and afterward she was so happy that she got to see her!
We had a fantastic time! Disney, you never let us down! Shaping Up In October {goals}

One Grandma’s Response to John Crist’s “Every Parent...

That is so awesome!! We love Doc McStuffins! I have to look and see if they are coming anywhere near us. So glad you and your kids had such a great time. It looks like a lot of fun! :)

So awesome! They came to our area and my friend went but for some reason there was no chance to meet Doc. She was bummed as her little one loooooves Doc. Violet has just recently started watching.

my kids so badly want to go to this but they aren’t coming here. :(

This is so cute!! I really wanted to take Elijah to this but he had soccer and we ended up watching another little girl and so it was just an all around busy day. But man that looks like so much fun! Cute little kids :)