We took Carter to get his pictures taken on the morning of his first birthday, and here are the best ones! 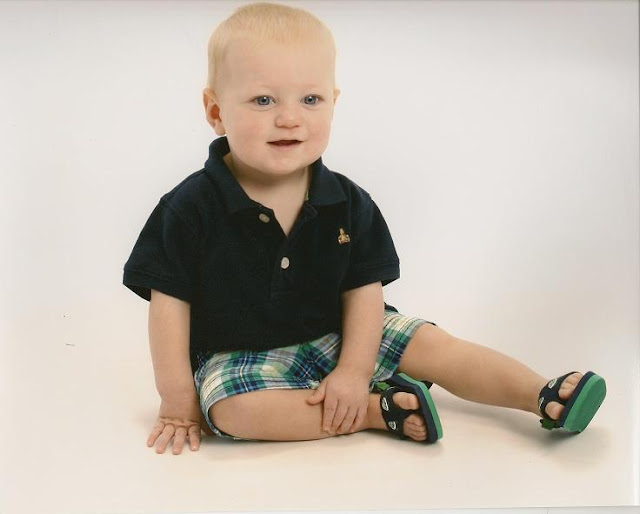 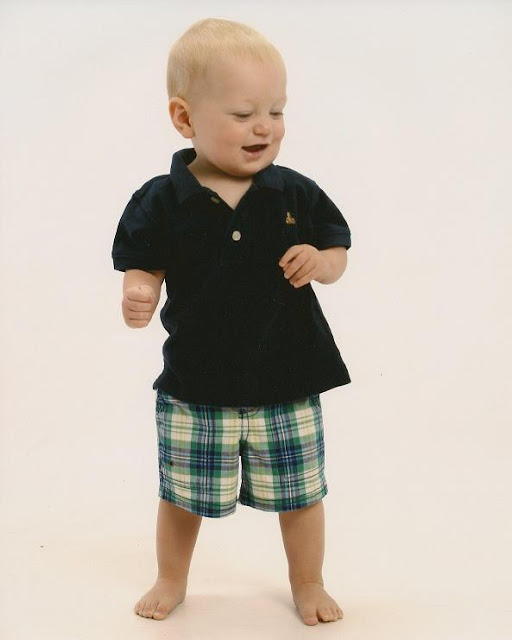 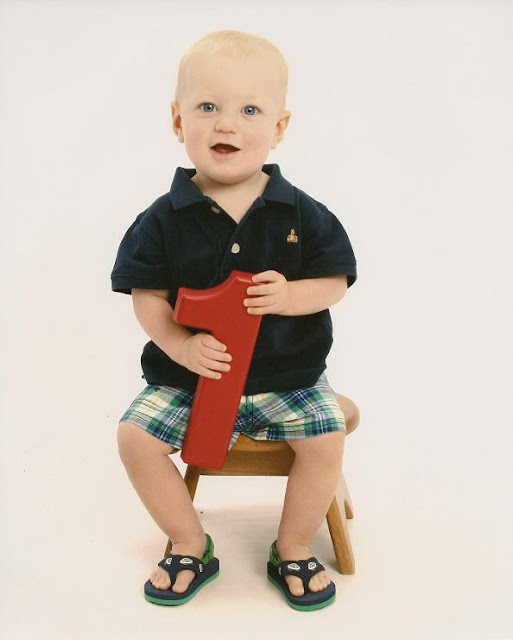 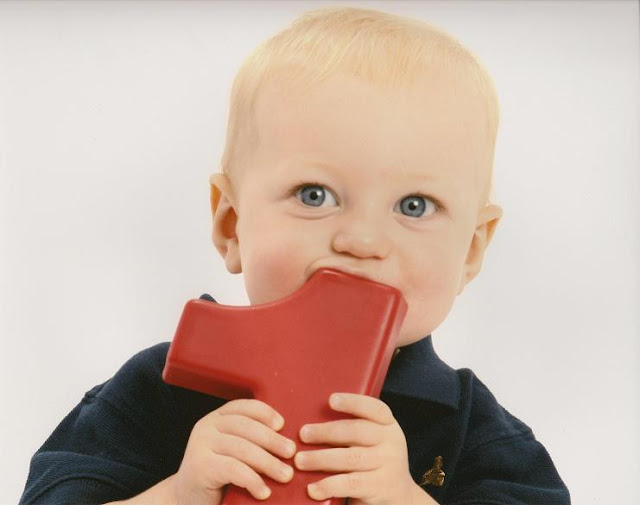 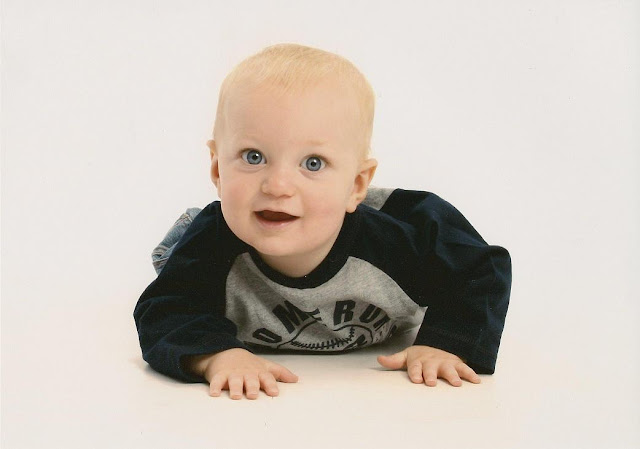 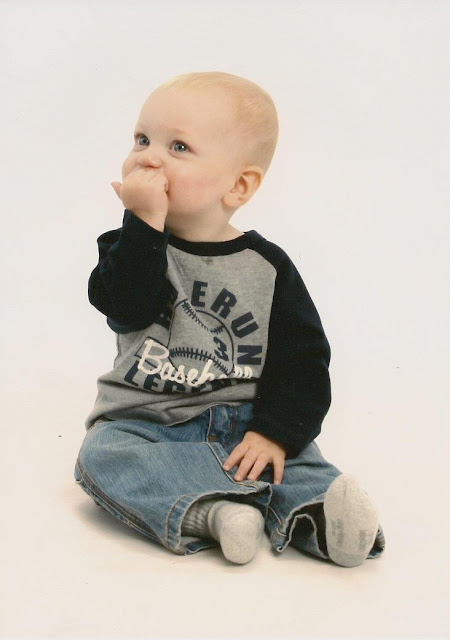 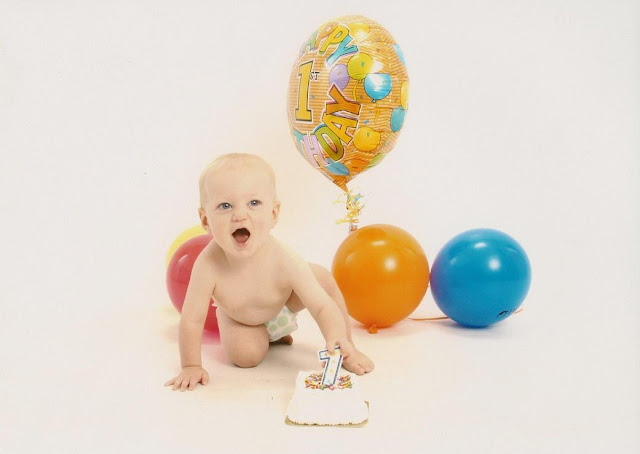 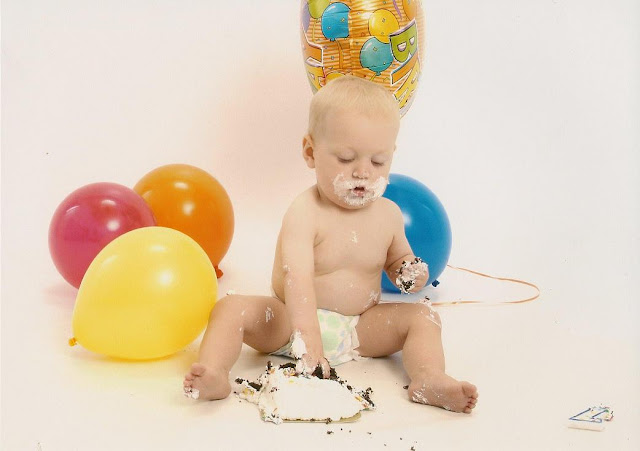 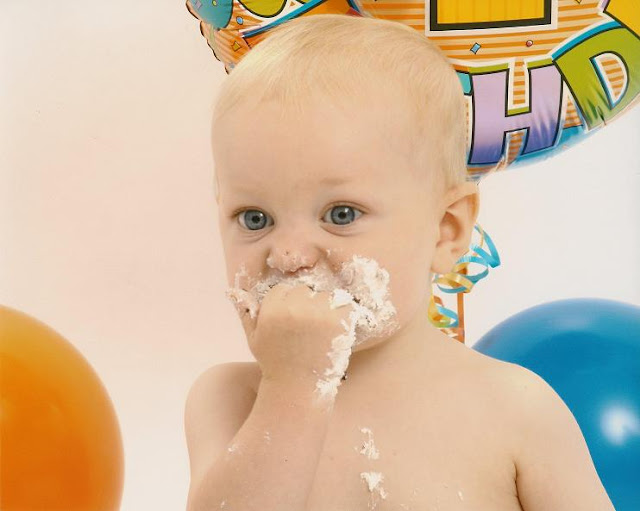 *When Daniel went out to get my parents from the waiting room, I was alone with Carter for the first time, and I sang him a song I used to sing while I was pregnant.
*The first time my sister saw Carter, she just burst into unexpected tears.
*The cards his cousins made for him before they got to see him (Porter’s: “This is you. This is from Porter.”)
*The trip we made to Maine when he was 5 weeks old, to show him off to my family.
*Dipping his foot in the Atlantic.
*His dinosaur and penguin Halloween costumes.
*His first Christmas.
*Chimp kisses!
*When my Dad would “help” him crawl toward his toys, and then push all the toys into his arms saying, “You win all the prizes!”
*Our trip to San Antonio where he rode on his first boat.
*His first snow day.
*The afternoon when he fell asleep in my bed, and a million thoughts of things I could get done while he slept went through my mind, and then I decided to take a nap with my baby.
*Taking him on the show choir trip to California, and dipping his foot in the Pacific.
*The first time he pulled himself up in his crib.
*His first few steps.
*Daniel’s celebration when they took him into nursery at church (5 months early- hey they wanted him!).
*His many visits to Gramma and Grampa’s house with all their cool toys and decorations.
*Bath time.
*All of his pointing and waving.
*All the smiles and giggles.

He is such an adorable little man! It’s too bad he and Jessa are cousins…