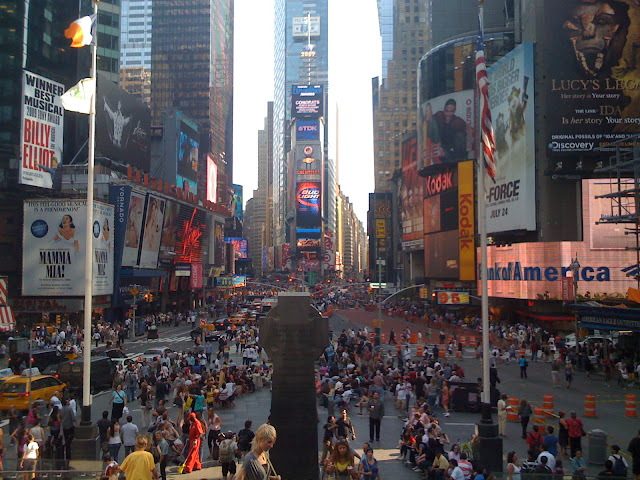 We had a very successful two-day trip to New York this week! We left early Wednesday morning and got to the Lincoln Center around noon. We got our library cards and went up to the viewing room to watch a musical. In case you weren’t aware, the New York Public Library has a branch that tapes most Broadway and some off-Broadway shows to keep on file at the Lincoln Center Performing Arts Library, and theatre professionals and students are allowed to view them (only once each!). Daniel and I saw The Last Five Years the last time we were in NY. This time we were deciding on the spur of the moment what to see, because the one I wanted to see (High Fidelity) hadn’t been taped apparently, and someone was already watching Title of Show, which was what Daniel wanted to see. The length of the shows we wanted to see didn’t really match up either, but I ended up watching Thoroughly Modern Millie while Daniel watched Adding Machine. His ended a lot sooner, so he went and got us lunch and the car while I finished mine. Loved it, by the way! Hopefully I’ll still be able to be in it in Tucson this fall!

So when I was done, I walked down to where Daniel had the car, and we drove to Times Square. Daniel surprised me with the perfect lunch of a chicken salad sandwich, Izze drink, and M&Ms! He dropped me off at TKTS and went to park the car. The plan was to get In The Heights tickets for that evening, which I did, but boy were they expensive (for TKTS prices…). They cost 91 dollars a piece, but we really wanted to see the show, so we went for it! 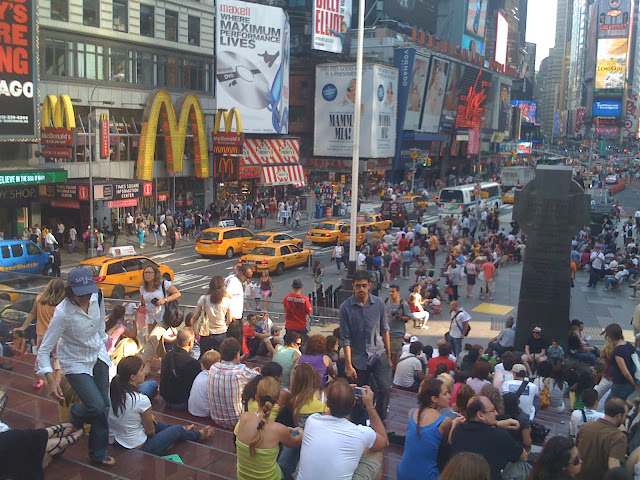 After getting our tickets, we went to check into our hostel, which was right next to Times Square, as promised. We spent maybe 30 minutes or so just relaxing and toweling off (since we got caught in the rain AND it was so humid out that we were wet and sweaty). We also took the fire escape up to the roof to see the view. 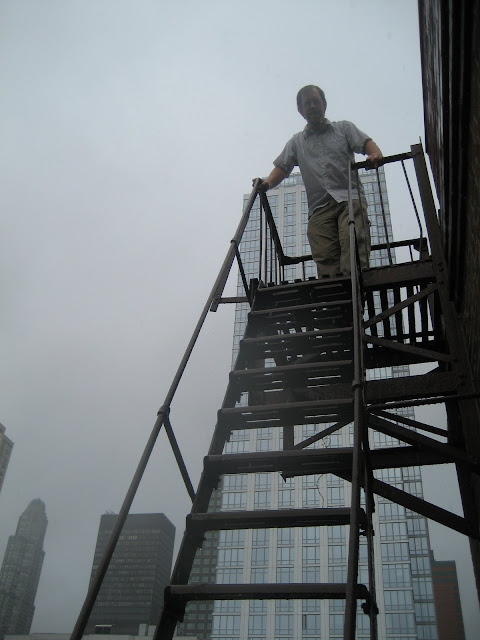 Then we went out again, to get some dinner (at Cafe Duke- which kind of sucked…), and then we went to our show! It was amazing, as I expected. The singing, dancing, and acting was great, and I really liked the story. Halfway through act two, I think Daniel and I both started crying and pretty much didn’t stop until the end! 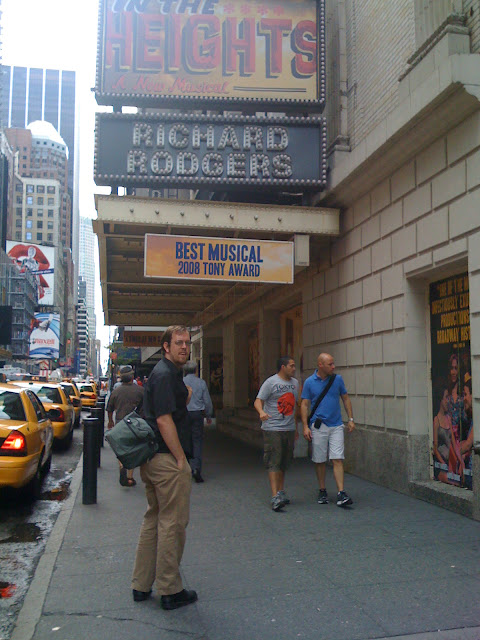 We were hungry afterward, so we got some pizza and then went to bed. The next morning we got up relatively early to go get in line for the student rush tickets for Next to Normal. We figured getting there an hour early would be good enough (and as it was, we got there about an hour and a half early), but there were only 26 tickets available and they went before we got to the front of the line. So we’re planning another trip to NYC next week (just one day), and we’re going to get tickets ahead of time for that show.

Since we missed out on that, we had to go to TKTS again, but first we went back to the library. After watching our shows on Wednesday, we made an appointment to go back on Thursday to watch Title of Show and 13, which we did. Title of Show was hilarious, and I like it so much more now after seeing it than I did after just hearing it. 13 had some weak areas, but it was a good show to watch, and the kids were really talented.

After we finished, we drove to TKTS where Daniel dropped me off again and parked the car. The plan was to get tickets for The Wiz off-Broadway, but they were much more expensive than off-Broadway tickets normally are, and we were flexible, so we ended up getting tickets for Shrek (on Broadway, and cheaper!). Actually, I got the tickets before Daniel met up with me, so I didn’t even tell him what we were seeing until we got to the theatre right before the show.

After getting tickets, we looked for a geocache in Times Square, and found it! It was funny because we split up and then we both figured out the clue at the same time, and we ran to each other saying, “I know where it is!” 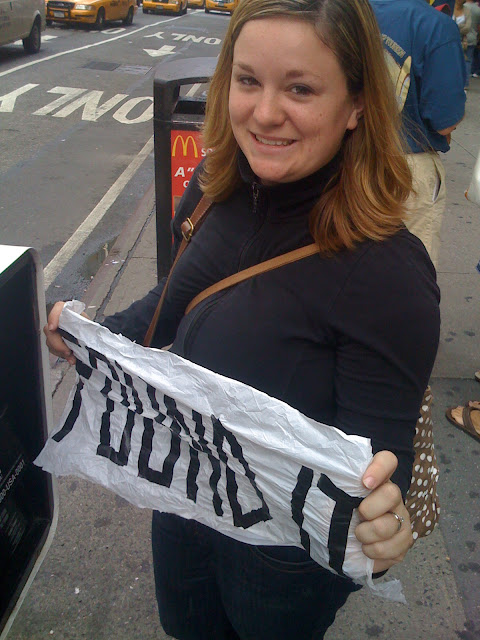 Then we went to Colony Music to look around. Found some good karaoke cds, but they are cheaper online! Daniel wanted to find a thrift store, so we walked to one, but it wasn’t what he wanted, so we got dinner at The Bread Factory, and then we went to see our show.

It was not really the kind of show we would normally go see, but we were more interested after seeing them perform at the Tonys. It was a great show, with your typical elaborate Broadway sets and costumes, and the performers were really good. Near the end they had a “technical difficulty” and had to stop the show for about five minutes. Looked like Sutton had some issues changing into her ogre costume… I’ve been trying to find out exactly what went wrong, because it looked to me like she had a body double while she was offstage changing, but maybe they missed their chance to switch back- I’m not sure. Anyway, when they brought the curtain back up, she was already changed.

After the show, we got some food from a street vendor and then got our car and drove home. The plan was to drive all the way, trading off, but Daniel got tired almost right away, so we slept at a rest stop for about four hours before I woke up and started driving. So we got home a little later than we had planned, which meant my mom was up early with the baby, but it was okay- he let her sleep in the day before, so at least it wasn’t twice in a row. And I survived two days away from Carter! That’s the longest by far I’ve ever been away from him, but he had fun with Gramma!

Next up- a trip to DC this weekend for the fourth of July and to visit with the Tomas! 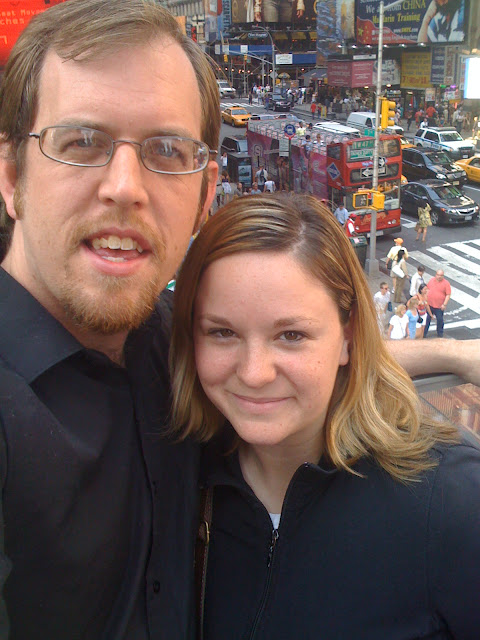 "When it’s summertime, and the weather is fine…"

What a fun trip to New York, I agree with you about Shrek, not a musical I would be interested in but after watching it on the Tony’s I might check it out. Next to Normal looks a little too serious for me, let me what you think. I’m jealous you will be in DC during the 4th of July, that will be awesome! Oh, and the title to your blog is from “annie”. -Vanessa