Announcing the Gaming with M Pixel Art Contest on Instagram! As part of a sponsored campaign for Collective Bias, I made three 8 bit sprites of my own, with M&M’s!

I was born in 1984, but I’m really a child of the 90s. I mean, during that decade I went from age 5 to age 15, so there is a lot of nostalgia associated with those years for me.

If you’re about my age (psst…we are almost 30!), you’ll recognize these things: 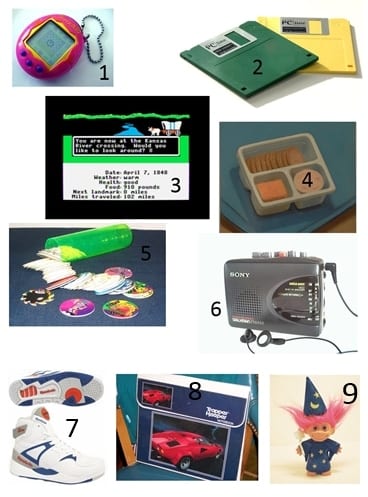 Can you name them all?

Here’s a funny story: My best friend and her husband were at Disney World, and he was playing with their son in the “Honey, I Shrunk the Kids” playground. They were in the film canister slide, and he heard several kids calling it a “battery.” Because OF COURSE kids today don’t even know what film is!

One thing I remember most about the 90s is the video games. We had both an old school Nintendo and a Sega console. We had the Mario Brothers/Duck Hunt game with the duck shooting gun and the Track Meet game with the power pad (early DDR)!

I have two cool things to share with you today, related to video games.

First is the Gaming with M Pixel Art contest on Instagram. The contest goes from December 4th (today!) through December 18th, and all you have to do is create your own pixel art using M&M’s, upload the image to Instagram, and use hashtags #FueledByMM and #contest. After posting, share your image via Twitter.

One lucky pixel artist will be chosen at random to win a new Xbox One and a Gaming is better with M pack including the Forza 5 Motorsport game and a 14oz bag of M&M’s. 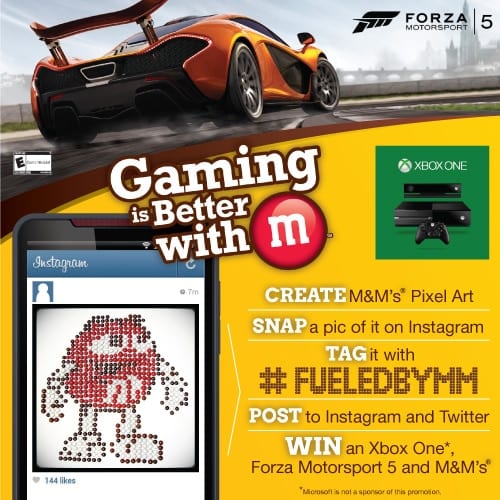 Want to see my contest entries? Of course you do! Here they are: 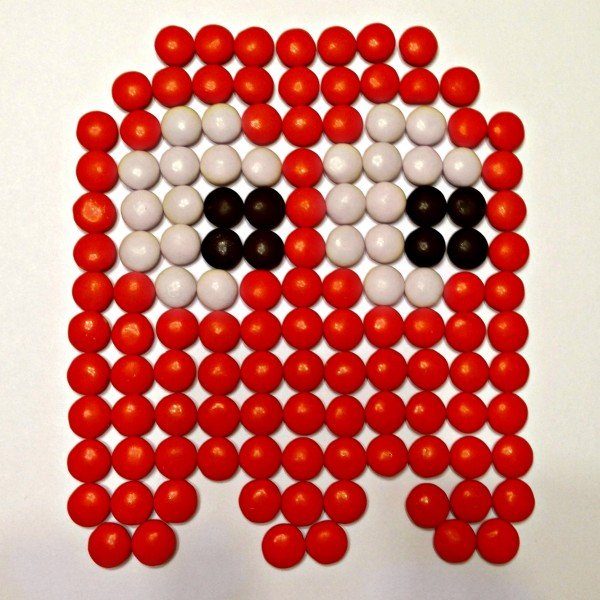 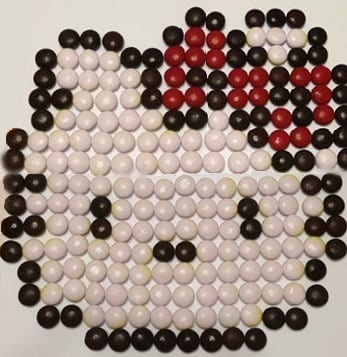 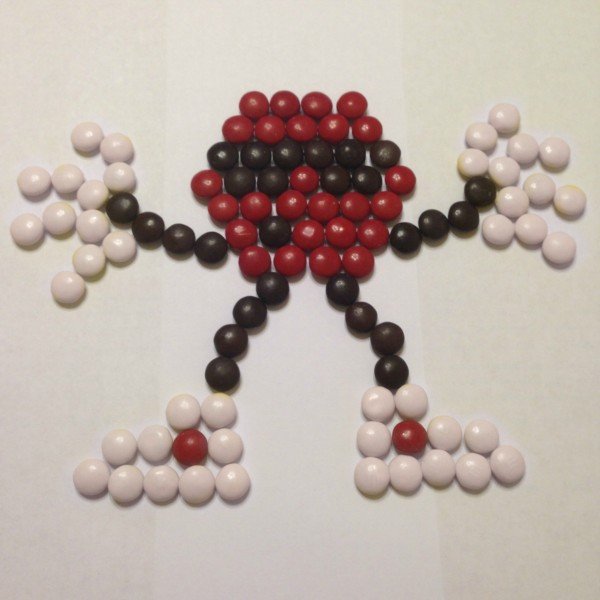 Do you remember Cool Spot? He was the official mascot of 7-Up. He even had his own video game, which we never owned but regularly rented from the video store. Do you know what a video store is? Most readers of my blog will know, but someday I will have to sit my children down and explain to them that once upon a time, movies and videos existed in a physical, non-digital form!

Okay, so the second thing I want to share with you is a great deal at Walmart called “Buy, Snap, Redeem.” For you video game lovers, if you buy the Forza 5 game and a participating M&M’s product, then text a photo of your receipt to 811811, you will receive a text back with a reward code for a $10 Walmart eGift card!

We are almost to Christmas break- wouldn’t you love to kick back, dip your hand into a bag of M&M’s and enjoy some mindless game play? Or would you like to be able to gift your favorite video game lover with a brand new Xbox One? If so, enter the contest on Instagram or take advantage of Walmart’s Buy, Snap, Redeem deal. Or both!

Oh the 90s. You didn’t seem iconic at the time, but you sure are now!

How do you think we will categorize the early 2000’s a decade from now?

Could you name everything on my photo list above?

Shaping Up In December {goals}

Yes, I can name everything – I am the same way…it does not seem that long ago. I was wondering why I saw so many M&M’s on instagram. Thanks for your fun post!

I was born in 1978 but still consider myself a child of the 90s because I remember that stuff more than 80s stuff! I think we actually owned that 7up game for nintendo, lol!