Last week, my husband, his brother, his wife, and I all went to Mexico for a few days. I had never been before, even though we only live a few hours away (bucket list item crossed off!). Arizona is a land-locked state, which makes me miss the beaches I grew up on in Maine! Luckily, Rocky Point (or Puerto Penasco) is only a 5 hour drive from our house. 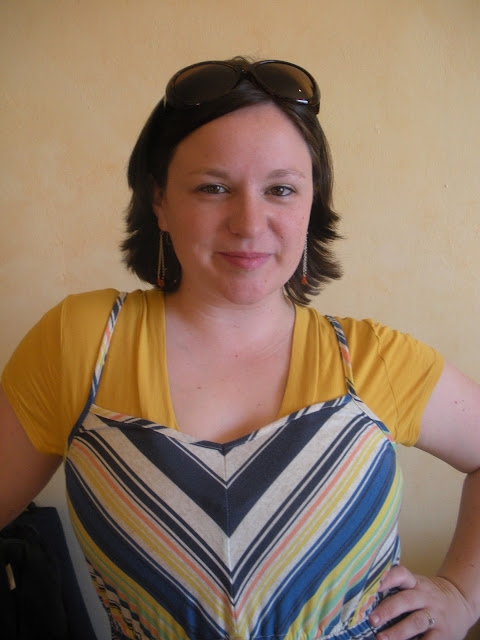 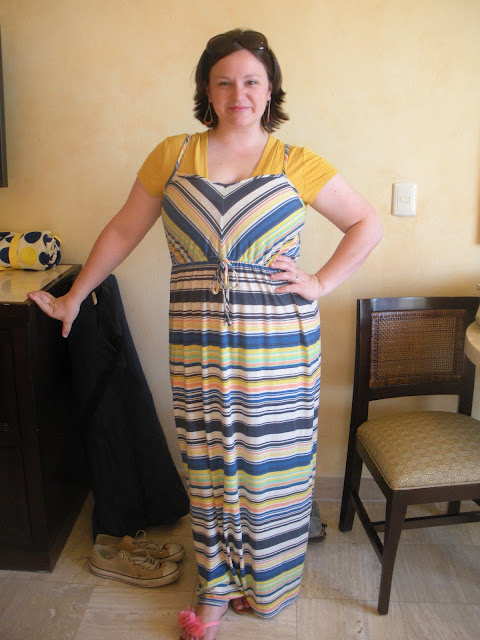 We stayed at a really nice hotel, right on the beach. The four of us shared a room, but the rates were so good that Daniel and I would definitely go back on our own! The hotel had great pools, and just beyond the pools was the beach! All of us being teachers, we were able to go during the middle of the week, and the beach was nearly deserted. Go during spring break, and it’ll be the opposite, but in June the beach was practically ours! As we left on Friday, people started arriving for the weekend, and it was much busier! 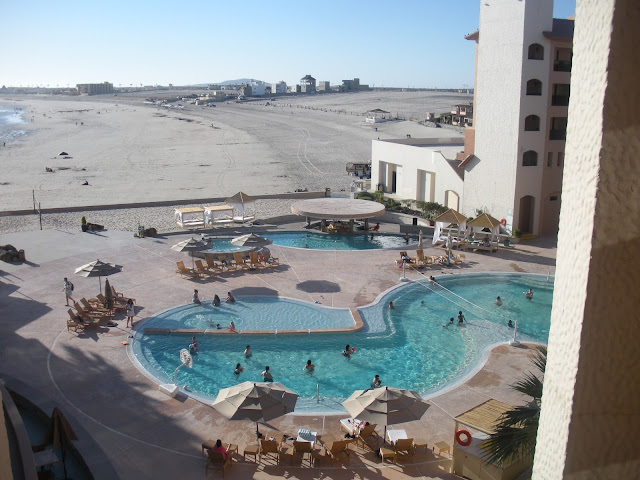 Daniel and I got a late start, as he had to stop in Tucson to get his passport renewed, and we got to the hotel at dinner time. The four of us drove down the street to the “old port” where there are restaurants and a ton of little shops. We ate at a restaurant called The Point, recommended by my sister who has been there more than once. We had dinner on their patio, which extends out over the water, and we watched the sunset as we ate. It was perfect! 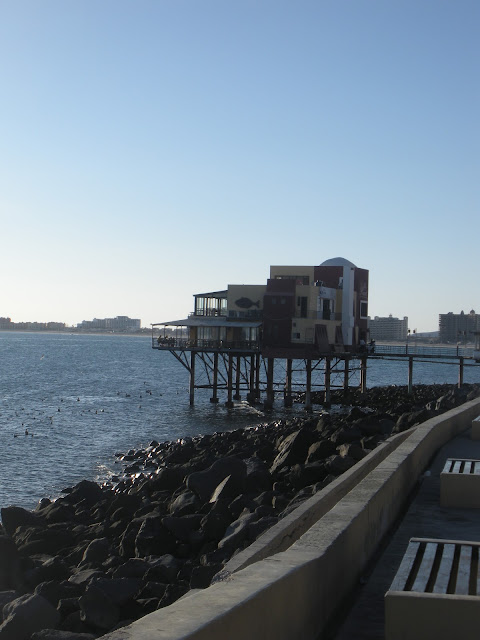 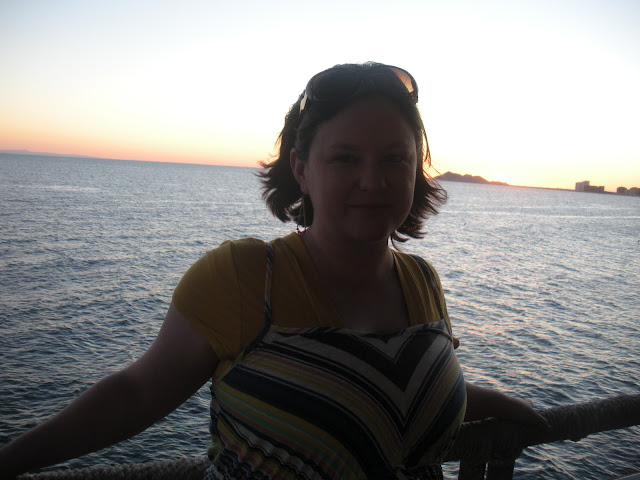 The next morning we hit the beach hard, and then in the afternoon my sister-in-law, Lindsay, and I went back to the old port to do a little shopping. If I can give you one piece of advice about going to Mexico, it’s to bring plenty of American cash in small bills! Once you are there, it is not easy to get American money. We had to use an ATM to get pesos, and then exchange them for American bills. The vendors love American money, and they all take it. 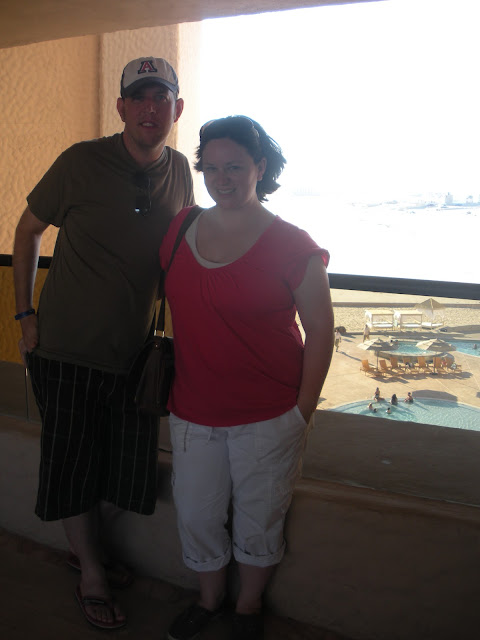 I got these shirts for my minis. They are both too big now, but they’ll grow into them! 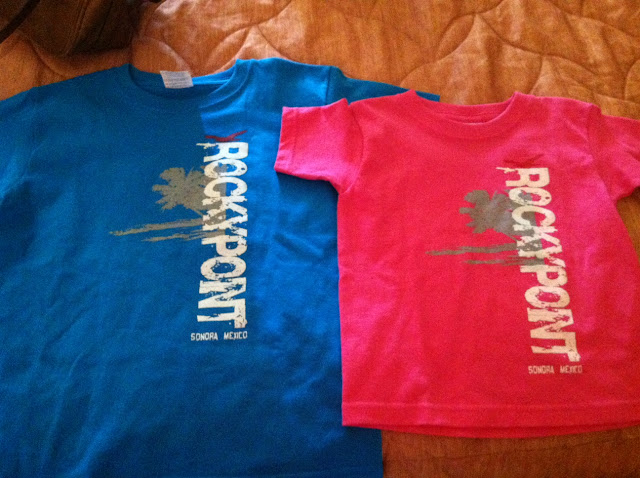 That evening, we went out to dinner again, and when we went to pay after eating, the waitress informed us that their credit card machine wasn’t working. We didn’t have cash, so after a couple of minutes of wondering what we were going to do, she asked if we would be willing to walk down the street to the owner’s other business to pay. We figured that was easiest, so my brother-in-law and I walked with her, while Daniel and Lindsay went back to the hotel to wait for us. A little ways down the street, the waitress veered off to the right, and the only business in front of us was a strip club! 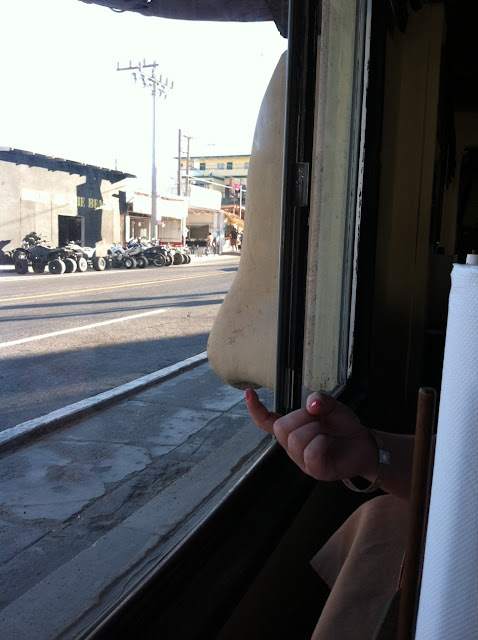 The restaurant had a big face on the outside, so of course I had to make Lindsay pick its nose!

My brother-in-law really didn’t want to go in (good Mormon), but I did (questionable morals)! Come on, how many chances in your life do you get to go to a strip club? Well, maybe a lot, I don’t know everyone who is reading this! Anyway, we just paid our bill and left, and nobody was “performing.” Bummer. He was glad. He didn’t even look! I said something about the pole, and he said, “there was a pole?!” 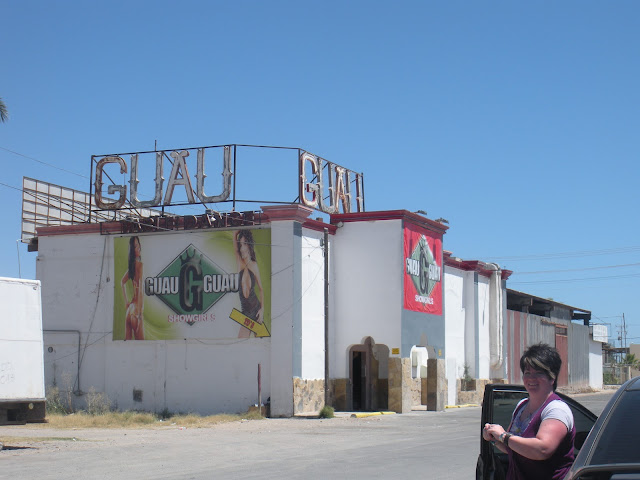 We spent the next few hours in the pool and jacuzzi, and then the next morning we hit the beach again briefly before packing up and checking out. We hit up one more place for lunch and then headed back to the States. 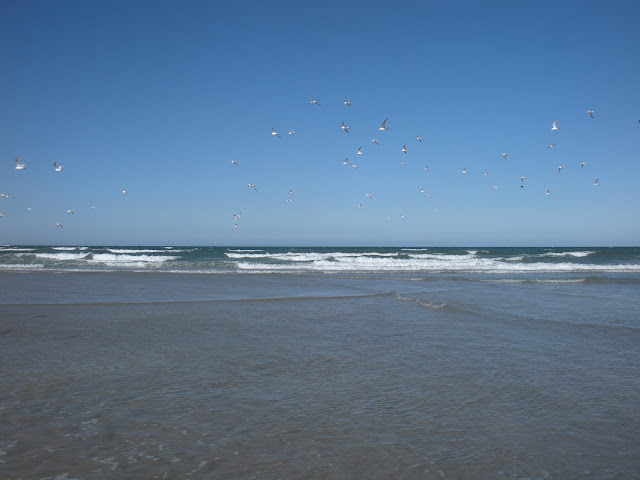 It was a fun little trip, and we will definitely be back! The kids had fun with Gramma and Grampa, and we had fun on the beach, not having to worry about them!

Psst…Have you heard about this shop?

The earrings that I wore in Mexico are from Eclectic Affinity, and I won them a little while back in a giveaway from Raising Oranges. I have to admit that when I first won them, I didn’t think they were my style at all, but as soon as I put them on, I fell in love with them! They are super lightweight, and just made me feel pretty! Here is a similar pair in pink! 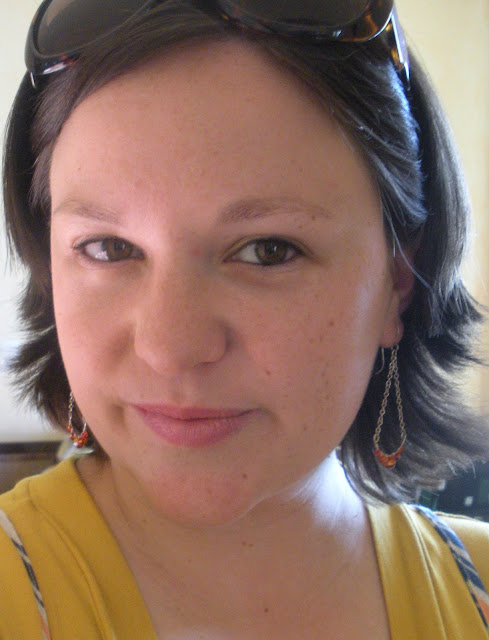 Better shot of the ones I won- love them!

I’m a new follower. Sounds like a very fun trip. I’m a teacher, too, and am spending my week in a workshop. I’d rather be in Mexico!

You look great (and I love your dress!). My husband would have went in the strip club just so he could come home and tell everyone he was in a Mexican Strip Club, ha! Glad you had a great time :)

Girl, you look GREAT!!
And I’m so jealous of your trip! How nice! ♥

OMG a strip club. That is hilarious! Glad you had a great trip!

Cute dress! I’m a teacher too!

Oh man, a trip to the beach (or really anywhere at this point!) sounds phenomenal. It looks like you guys had a blast. Love the picture of the nose…ha ha!

Sounds like a wonderful time and that is HILARIOUS about the strip club! Haha!

ahh!! so jealous!! I loved Mexico when I went a couple years ago and now you made me want to go again!!! Great post!
New reader here!

[…] went on vacations to Mexico and Disneyland, and I was a blog angel. I worked a lot, which was a nice change for me, to get out […]