Latest Posts
Halloween Handwriting Worksheets
Boost your immune system with elderberries
5 Helpful Tools for Handwriting Practice
5 Sensory Books You’ll Love Reading with your Baby or Preschooler
Always Eat After 7 PM final thoughts
How to meal plan on a budget — 5 strategies that really work
Find your dream customers with Traffic Secrets
Always Eat After 7 PM update and my favorite recipe
Why I’m intermittent fasting and increasing my protein
Why I’m swapping breakfast for a bedtime snack
Home » You » Fitness » Marathon Training Week 1: No Stones In My Way

Marathon Training Week 1: No Stones In My Way

My first week of marathon training is complete! I thought it would be fun to do a post each week, giving an update on how training is going. To see all of my posts, visit my Marathon Training Plan for Beginners page! 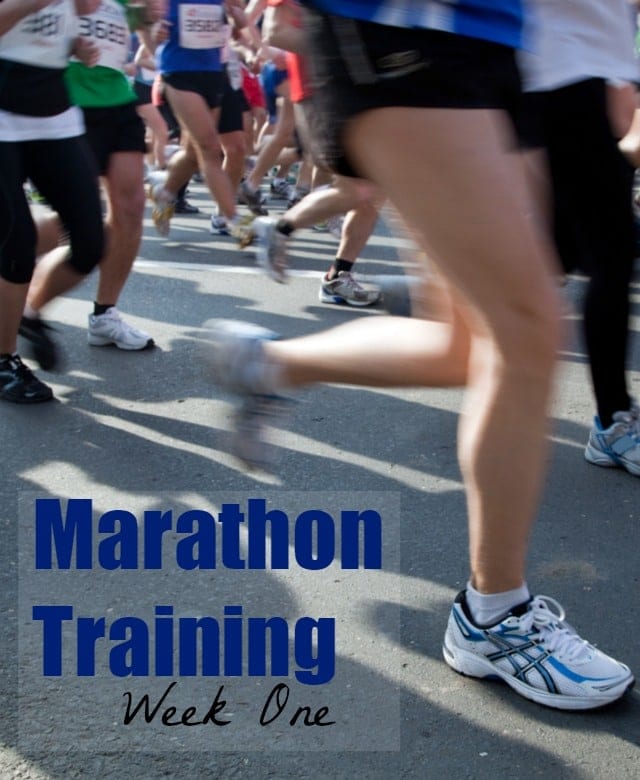 When I posted my training schedule for marathon beginners, I mentioned that I’m following the plan set forth in the book The Non-Runner’s Marathon Trainer. I thought each week in my posts, I’d summarize the chapter for each week of training, as well as sharing how I’m doing with my own training. 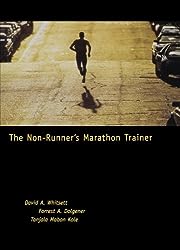 The book devotes one chapter to each week of running training, and each chapter is in three parts. The first part gives advice on mental preparation and techniques, the second focuses on physical preparation, and the third section gives first-hand accounts from the participants of the class who ran the marathon.

A positive attitude goes a long way! Our brain doesn’t do a great job of distinguishing between reality and perceived reality, so the more we picture ourselves having an awesome run, and the more we mentally think, “This is fun,” the better run and the more fun we’ll actually have.

This week I did a great job with my short and medium runs. I did my 3 mile, 4 mile, and another 3 mile run. The 4 mile run was the longest I had gone in a very long time. Then Saturday came.

As I was driving, I started to get a pain in my back, on the right side. I drove home, and Daniel left to get some work done up at the school. The pain started getting worse, and it wrapped around to my front right side as well. I tried a hot bath and a cold ice pack, but nothing relieved the pain. I finally called Daniel and told him I had to go to the emergency room.

I’ve never had a kidney stone before, but I was pretty sure that’s what this was. The pain was right in that area, and I ruled out appendicitis, since it didn’t hurt worse when touched. When I got to the emergency room, they had the same thought.

I was in excruciating pain for a good two hours before I finally got some relief. It seemed to take them forever to get the medicine to me, and when they finally administered some morphine, it didn’t work! That’s how bad the pain was, I guess! They ended up getting me some even stronger medicine, and even that took quite a while to ease the pain. I was still hurting bad when they took me in for a CAT scan, but by the time I got back to my room, the pain was gone, and I dozed on and off. They confirmed that it was a kidney stone, but they said it was small and would pass without much issue. The pain was just from it traveling along its path!

So after about 5 hours in the hospital, I was able to go home, and I’ve felt just fine ever since. Still, I wasn’t sure how a 5 mile run would go over the very next day, but Sunday afternoon I got into my running clothes and headed out on the route I had mapped out, and I did it!

So week one of marathon training is done, and tomorrow it’s on to week two! The short and medium runs are the same (3, 4, and 3), with a long run of 6 miles. I’m excited to continue and push myself to reach these goals. Running is addicting- the more I run, the more I want to run!

Whoa! Stop the press! I just found this and I want to do it too!! I’ve got to back up and read and read. I can follow one week behind you. I need and want to do this training so badly.

Great job Megan! You are going to rock that Marathon!

[…] Week One, we talked about how our brains have trouble distinguishing between reality and our daydreams, so […]