Last year Carter had a seriously epic LEGO birthday party. Since then I’ve been sharing all the different LEGO party ideas that we used to create a very memorable party! Today I thought I’d share some of the games and activities that we did during the party, to keep the LEGO theme going! 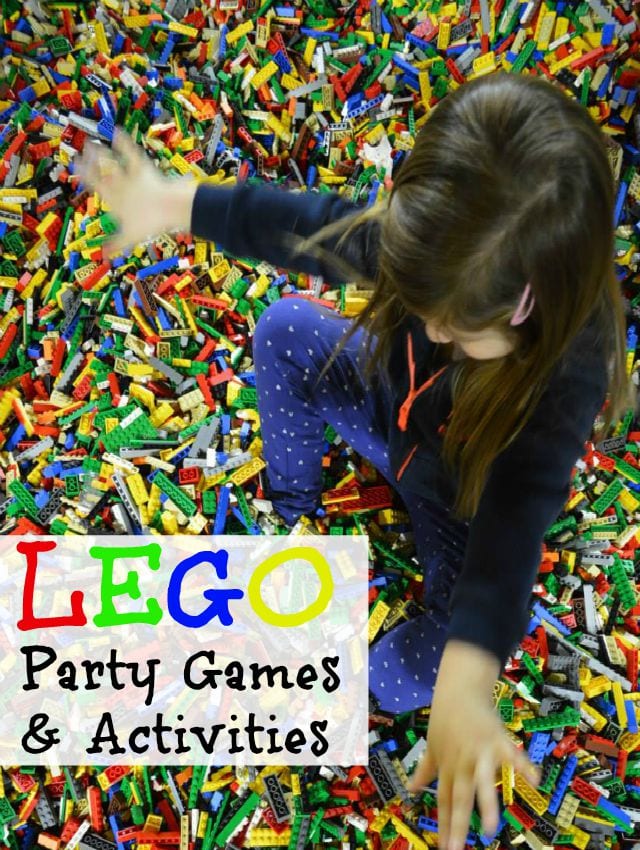 There are lots of fun ideas out there for games and activities you can do at a LEGO party. I think our party had a really great mix of activities, and the kids seemed to enjoy themselves! Here’s what we did.

We had four different stations at Carter’s party, and the kids were free to come and go and choose whatever they wanted to do. We also held the party right next to a playground, so they were free to play on that as well. And of course we had tons of food and drinks for when they needed snack breaks.

First, we had a LEGO Man craft activity, which was good to start with, for anyone who was feeling a little shy, and it was good to come back to when kids got tired! 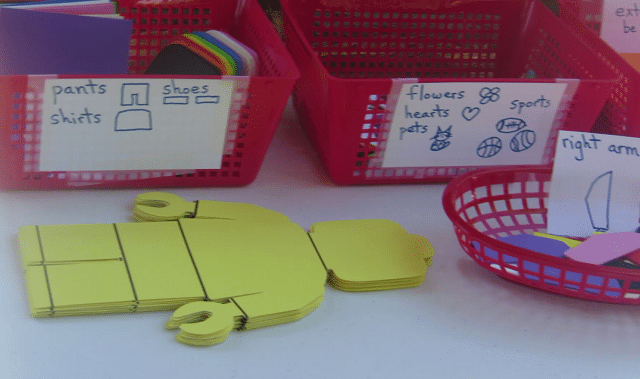 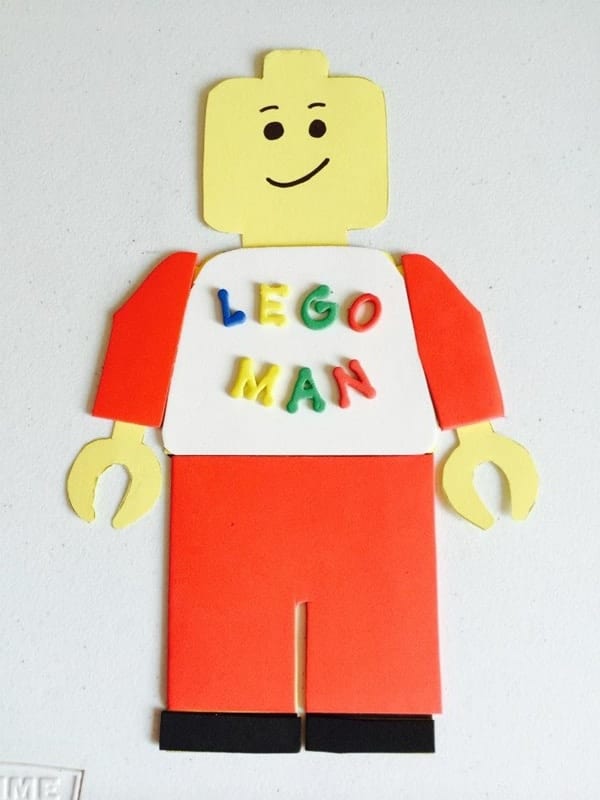 Next, we had LEGO Car Racing, where the kids could make and race their own LEGO cars. It was a huge hit! 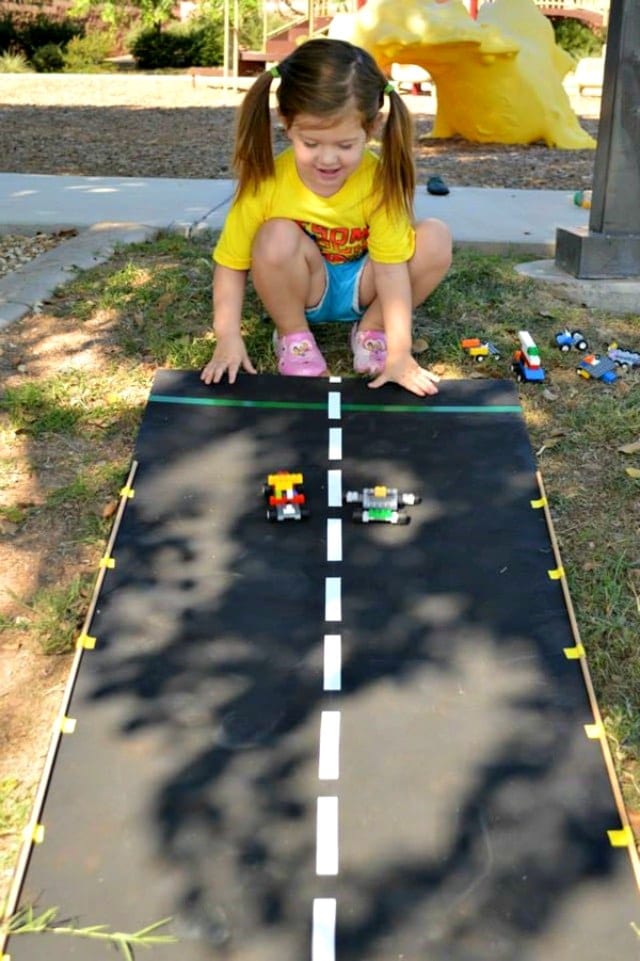 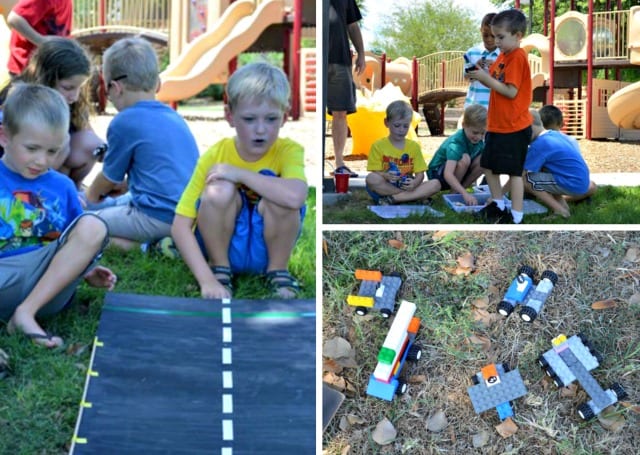 Shh, our third and fourth stations didn’t actually use LEGOs! The third station was where the kids could build towers (with Mega Bloks, because they were the right size, but hey they are primary colored and similar, right?!), and then they had a bucket of water and water blasters to knock over their towers with water. Simple but fun, and anyone who was feeling warm could just stand behind the towers and get sprayed! 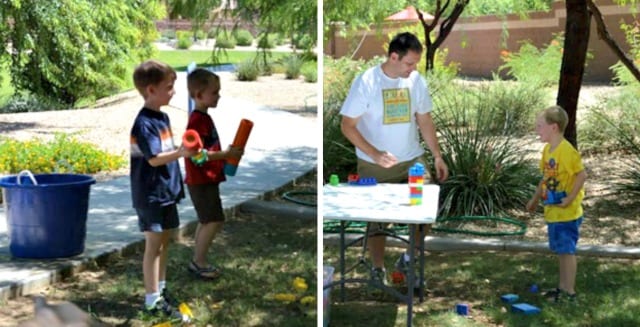 Lastly, we had these big Little Tikes waffle blocks, which I had as a kid, and which my parents bought again for the grand kids. And again, not LEGOs, but just like the Mega Bloks they are for building and are primary-colored!

We basically just dumped them in shady spot, put up the sign that said “Calling all Master Builders,” and let the kids find them. They sat there for a long time… 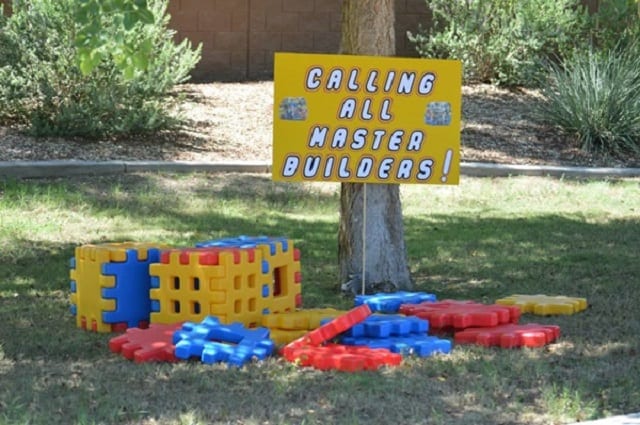 …until the kids finally made their way over there, and eventually they were all working to build a fort! 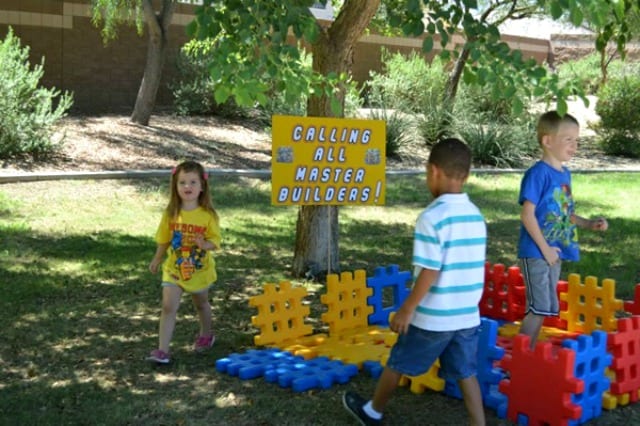 It was funny- the kids pretty much stuck together going from activity to activity, and they tended to stay at one area for a long time, before moving on to the next. But by the end of the party, everyone had done everything, and we had a bunch of happy, tired 1st graders!

Are you planning a LEGO party? If so, click the collage below and you’ll find my page that has ALL of our LEGO party ideas! Have a great party! 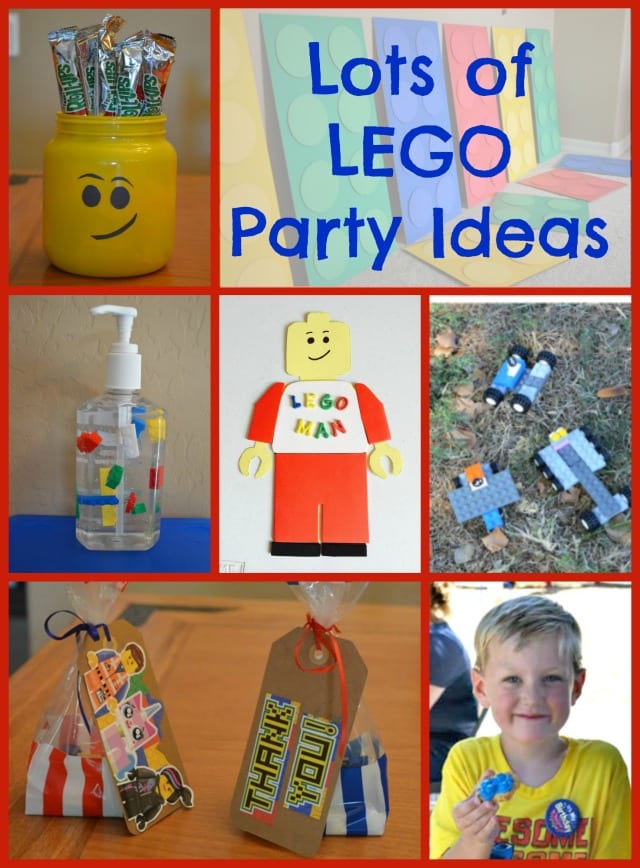 The Holidays at LEGOLAND California