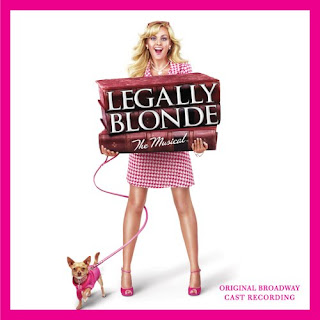 Last Saturday night, I took Elise and Natalie to see the touring Broadway show Legally Blonde: The Musical. We left in the afternoon and drove up to Mesa where I took some quick pictures of the temple (going to pick one to have printed on a canvas for above our fireplace). I thought we’d have some more time after that, but we were running late, so we drove through Taco Bell (only water for me since I was still on the cleanse, and boy did their dinners smell good!), and then we drove to ASU where the theatre was. We got to our seats with perfect timing (after we each learned the proper technique for a self breast exam in the bathroom stalls), and the show was great!

I have to say that the performers on the tour didn’t come anywhere near the stars who originated the roles (MTV showed the Broadway show on television, so it’s available), but it was still a good show. It was interesting to see the changes that had to be made for the touring show, since they can’t cart around an entire Broadway set. Two of the girls from the reality show (which MTV also did, to replace the lead a few years back), were in the show, including the goofy Mormon girl.

We were tired driving back, but they were great and kept the conversation going so it wasn’t so bad! Cool girls, great show, fun trip!