Latest Posts
Why I’m intermittent fasting and increasing my protein
Why I’m swapping breakfast for a bedtime snack
How to Homeschool for Free
Reading Eggs 30-day Free Access
Quarantine Bucket List for Families
The Office Workout Game
Quarantine Bucket List for Kids, by Kids
Best Khan Academy Courses for Homeschoolers
Our Homeschool Schedule (or how to homeschool four kids and keep your sanity)
Free Alphabet Printable {Sky Line, Plane Line, Grass Line, Worm Line}
Home » Archive » "I went where the music took me and… it took me here" 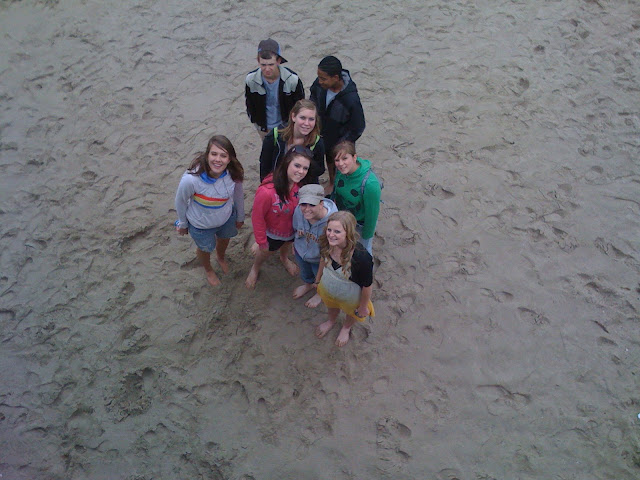 So we’re back from our California trip, and it was lots of fun! Some of the cooler members of the show choir are pictured above…

Thursday morning we surprised the choir with the coolest Anthem military hats! Daniel and I were so pleased with the quality of the hats when they finally came in, and I wore mine all weekend. The choir left for Buena High School in Sierra Vista, where they did an exchange, and I went to Tucson to pick up Cynthia and Alma, who would be coming along with me and Carter in my car, to help babysit and chaperone. We met the bus with perfect timing in Casa Grande, but then because of a miscommunication, we ended up taking a completely different route to California, so that was the only time we saw the bus all day. Nevertheless, we had a very fun trip out there with just the four of us in the car, and we made it to the hotel with no problems, just a few minutes behind the bus.

Friday morning we got up, did a short rehearsal, and then drove to a nearby mall where the girls and I shopped like mad for about an hour and a half! Not enough time… I only made it to one store! Then we went to a high school for another exchange, which went well. All the kids there were Asian, and as soon as I walked in with the baby, a bunch of Asian girls surrounded me, cooing over the baby and commenting on how beautiful his eyes were. I guess one girl went up to Kylee and April and said, “You guys are so funny! You’re all white and we’re all Asian!” Haha. I wonder how that would have gone down if one of our kids said that to them!!

After the exchange, we went back to the hotel to get ready and have pizza and cake, and then it was on to the competition. They went second and did a fabulous job! The show this year is indescribable, and their singing and dancing was extremely well done. We then sat through all the intermediate choirs, most of whom were impressive and enjoyable. I thought I’d be back and forth outside with Carter, but they let him in! After having to leave once to drive him around the parking lot to get him to sleep, he slept the rest of the time in his stroller, in the aisle right next to our seats. When it came time for the awards, we ended up winning the music plaque, but the second place trophy. We later found out that we had missed first place by one point! And it wasn’t out of ten or twenty…it was 543 to 542! I was upset, because our show was much, much better than the group that took first and the showmanship plaque. I think we were robbed. But the most important thing is that the kids did an amazing job and provided the audience with an emotional and entertaining experience. The choreography wasn’t bad either. ;)

Saturday morning we went to the pier and the beach, and Daniel and I had fun putting Carter’s feet in the water. Cynthia got some great pictures on her camera, but Daniel managed to capture this one: 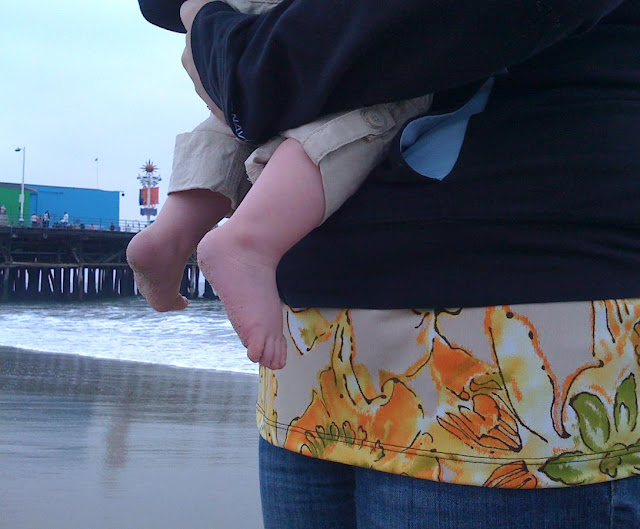 If you’ll notice (look back to a previous post), it’s almost the very same as the picture my mom took, at the Atlantic Ocean, after I put 5-week old Carter’s foot in that ocean!

So then we headed back, taking the same route this time! And now I will leave you with some good show choir quotes, mostly from one of the final rehearsals before the trip:

Daniel: “Look at the people around you and acknowledge them, smile at them. If there is someone you’re glad is in choir with you…”
Will: “Is it okay if it’s your wife?”

Mariah: “…I still get spanked!”
Natalie and Megan: (simultaneously stop eating, look up at each other, quickly look away)

And since I spent most of the trip with Alma and Cynthia, I will include the list of things Cynthia said that were worth writing down. Most of these require explanations, but you’re not going to get them.

“There was no stimulus in our package.”
“I just took a picture to confirm.”
“That’s a really funny thought; I can’t believe I thought of that!”
“We’re not going to make it to Yuma!”
“That school needs to shave their palm trees!”

“I’m going to keep saying this until it’s funny.” 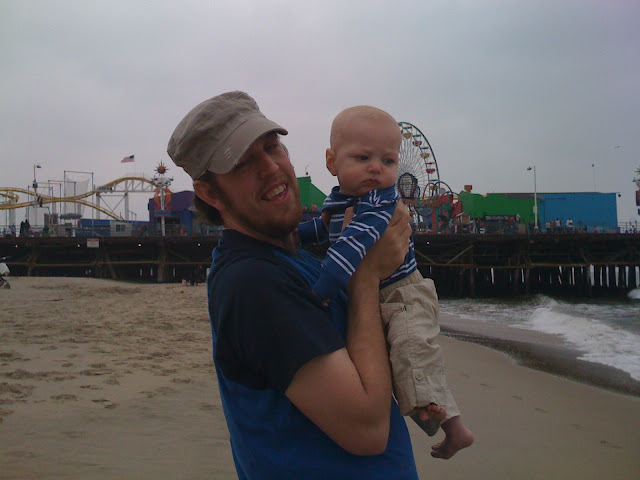 “There was no stimulus in our package.” hahahahhahha! THAT’S funny!!!

The quote is from the musical version of High Fidelity!