Huggies Slip-Ons For Your Little Mover

I participated in an Ambassador Program on behalf of Mom Central Consulting for Huggies. I received product samples to facilitate my review and to thank me for my participation. 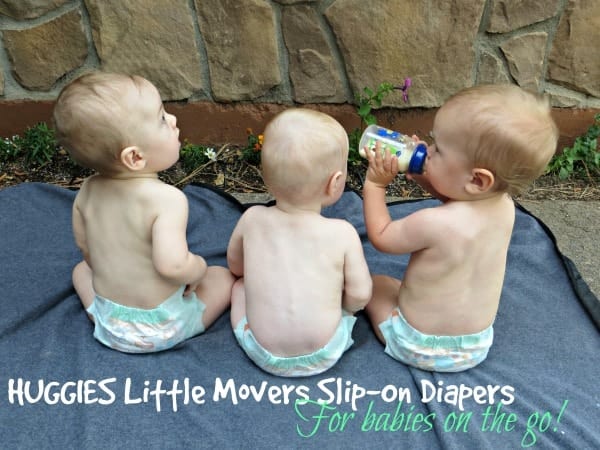 My little Harrison is 11 months old now, and he is anywhere and everywhere! Rolling, crawling, standing, cruising. He is not a fan of staying still! Harry loves to explore the house, sometimes shutting himself in rooms. He also loves to be outdoors, but he is no longer content to sit in his stroller and watch the other kids play. He has to be part of the action! 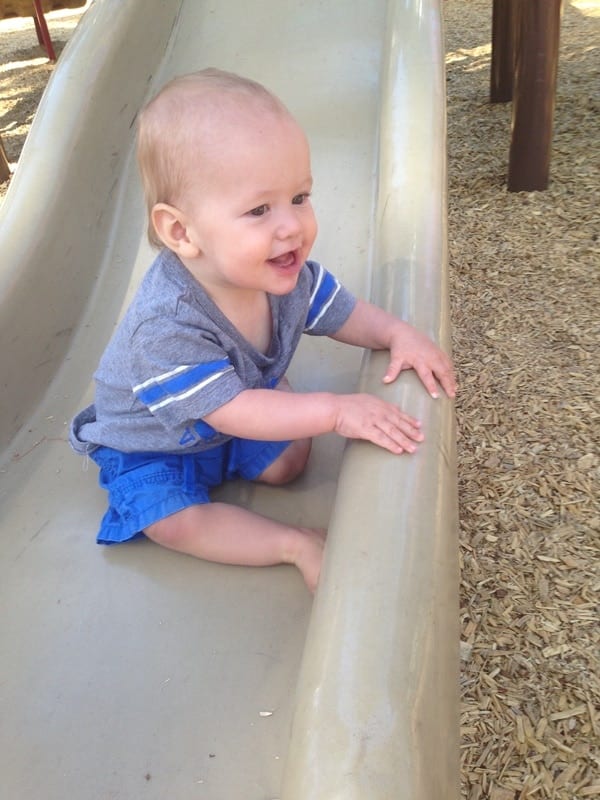 Huggies Little Movers Slip-On diapers were made just for babies at this stage, and so we gave them a try. Look, Harry, a huge box of diapers just for you! 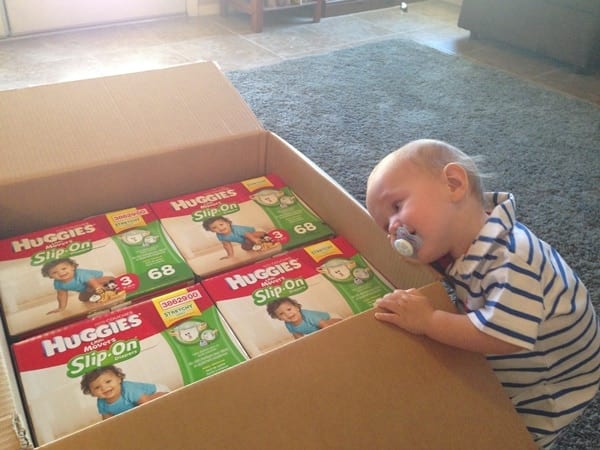 These diapers are specially designed for standing and newly walking babies who don’t want to lie down for their diaper changes any more. And we are definitely in that situation. As soon as I lay Harry down, he flips onto his tummy like some kind of tiny ninja. He would much rather be standing, and the idea behind the Huggies Slip-Ons is that you can change your baby while he’s standing up! 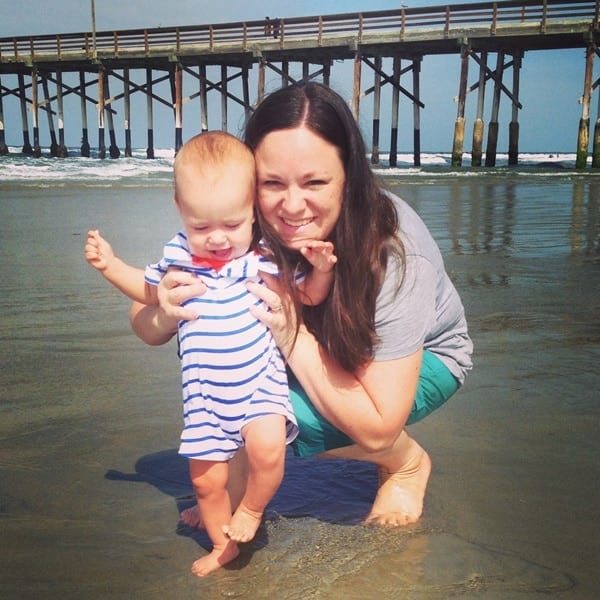 The Huggies Slip-On diapers feature the Huggies Leak Lock System, with absorbing layers that lock in wetness and keep baby dry. They are made for our babies-on-the-go with stretchy sides that keep the diaper on while allowing baby to explore his world. 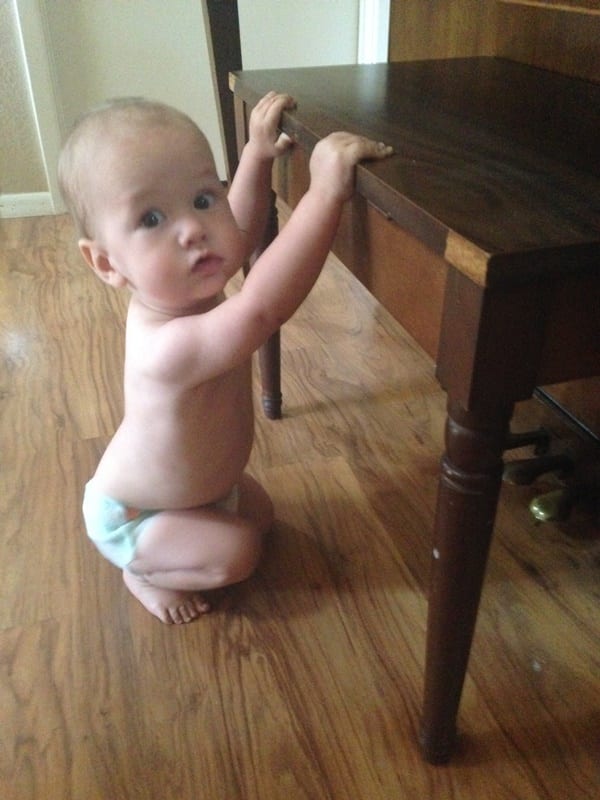 There’s just so much to see and do! Harry loves to explore our house, as well as both of his Grandmas’ houses! Fun things abound, like pianos, televisions, and toys, toys, toys! 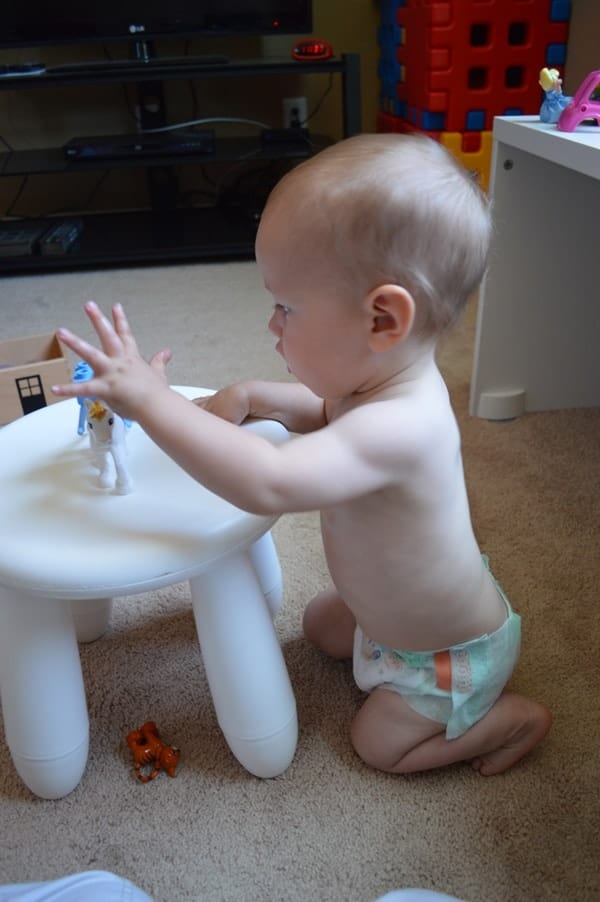 And when he’s done exploring, Harry likes to lounge on his Boppy and have a nice warm bottle. What a little model!

One thing I love about the Huggies Slip-Ons is that, while made for slipping on and off, they still have tabs for easy removal and clean disposal! It is so much easier being able to change Harry standing up, but I like that I can still lay him down if he is extra messy!

I found that the Slip-Ons fit slightly larger than other diapers, so if your baby is between sizes, you might want to go for the smaller size. They do have stopping guards around the legs and waist, so any wetness is contained. 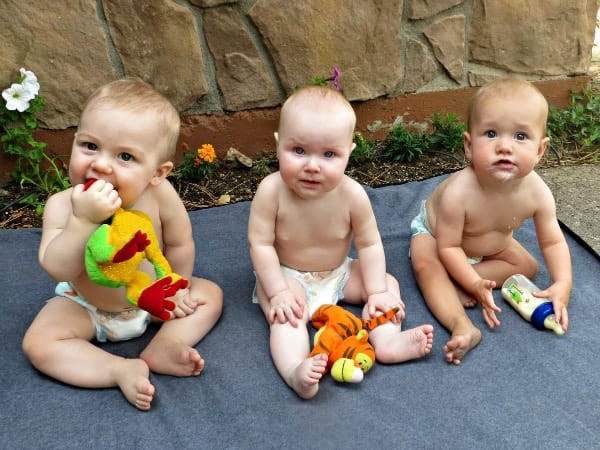 Harry visited his twin cousins this weekend, so we had to share the Huggies Slip-On love! Couldn’t they be triplets?!

Huggies is now offering a coupon for $1 off any one package of Huggies Slip­‐On Diapers. And if you share the link to the coupon with three friends, you can get $1.50 off instead!

If your baby is standing, cruising, or walking, you may find that diaper changes are so much easier with Huggies Little Movers Slip-Ons! Give them a try and see if they “stand up” to the challenge! 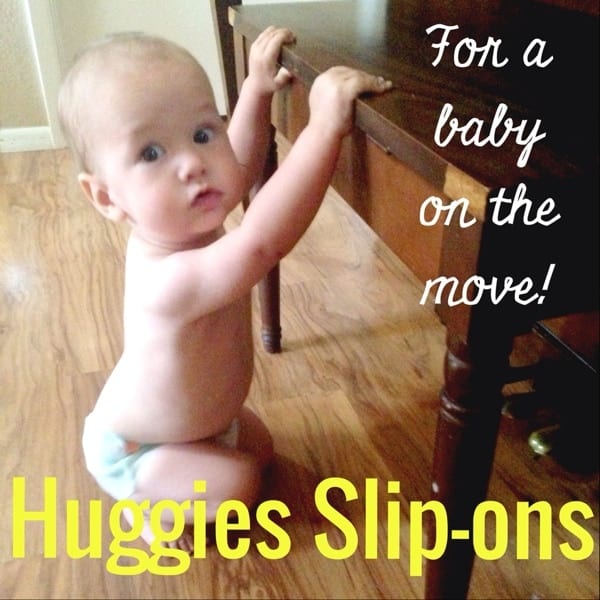 Great Ways to Teach and Bond with your...