Tuesday was our last day at Disney! We woke up with a plan, because we knew exactly what we wanted to do before we had to leave.

First we checked in to our flight and checked our bags right there at the hotel (awesome). Then we hit the parks.

We started at the Magic Kingdom. Daniel took Carter to go on Space Mountain and Splash Mountain… 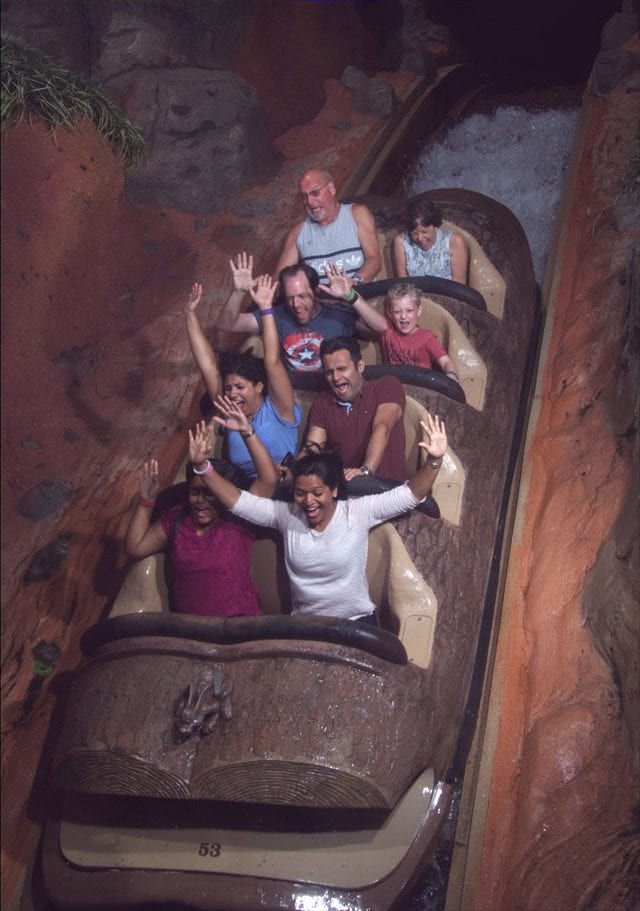 …while Gramma and I took Vanessa and Harry to Enchanted Tales with Belle. And what do you know- Vanessa got chosen to play the Beast!

She got to jump out and scare Belle… 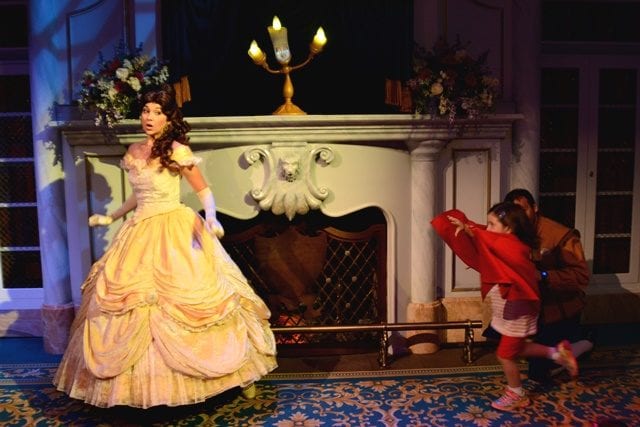 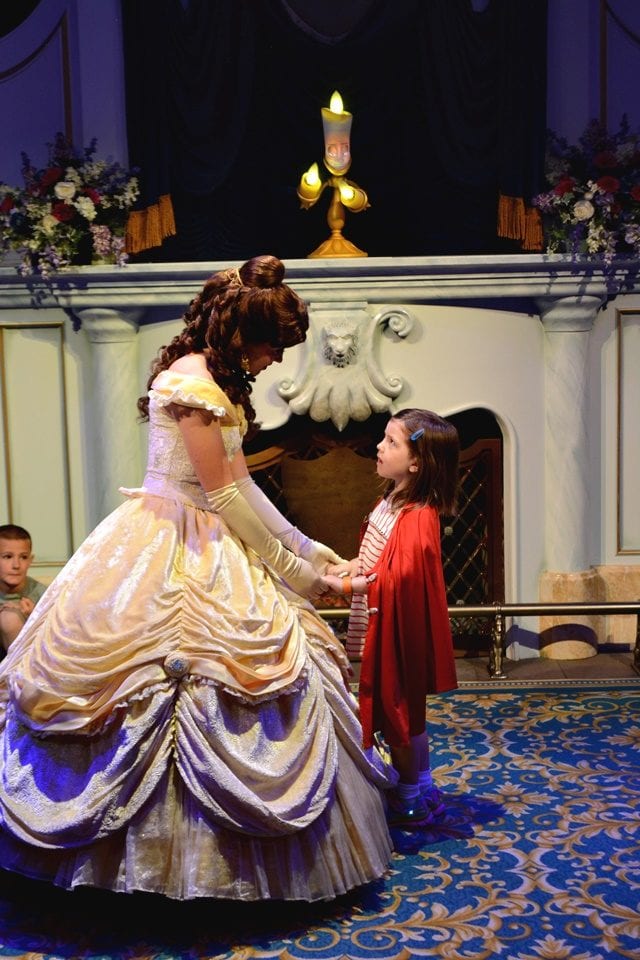 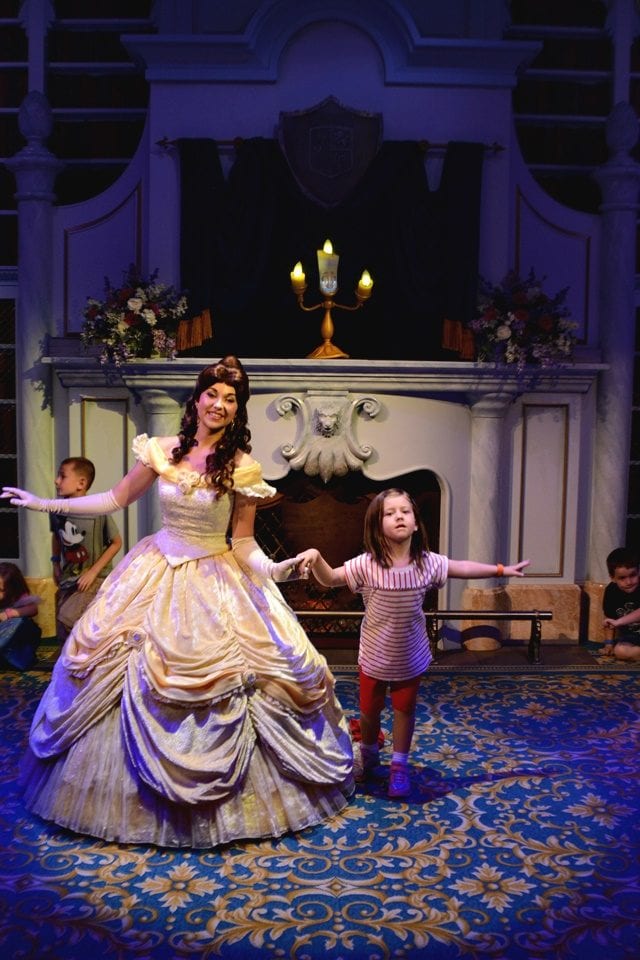 It was seriously so cute.  A highlight of the trip!

The last thing we wanted to do in the Magic Kingdom was the Pirate Adventure. We used a special map to find different stations in Adventureland, where the kids would scan their bands, and different things would happen! We found the treasure and sunk the bad guy! 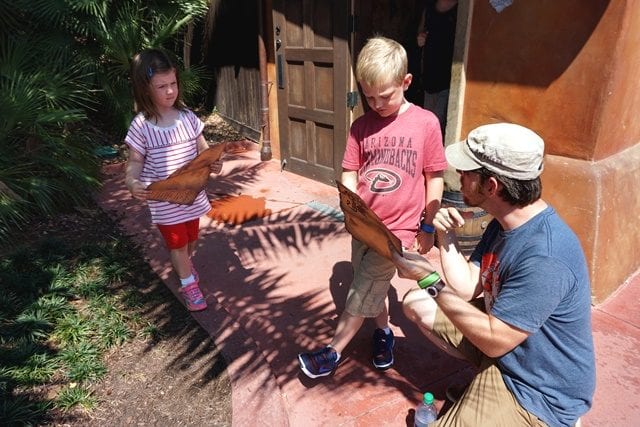 While we were treasure hunting, Gramma and Grampa took Harry on the carousel. “One more time!” 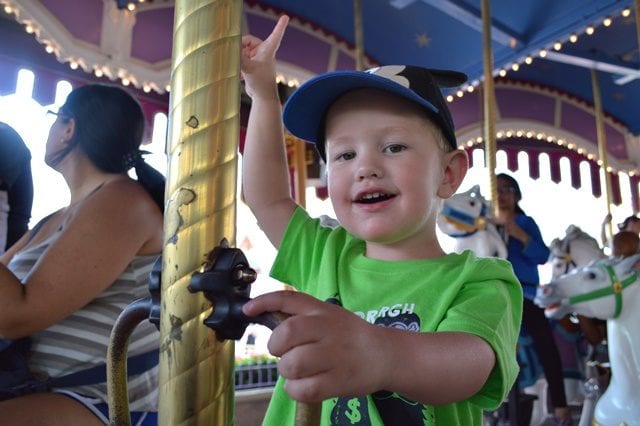 Then we all had a lunch of hot dogs at Casey’s Corner, and we said goodbye to the Magic Kingdom! 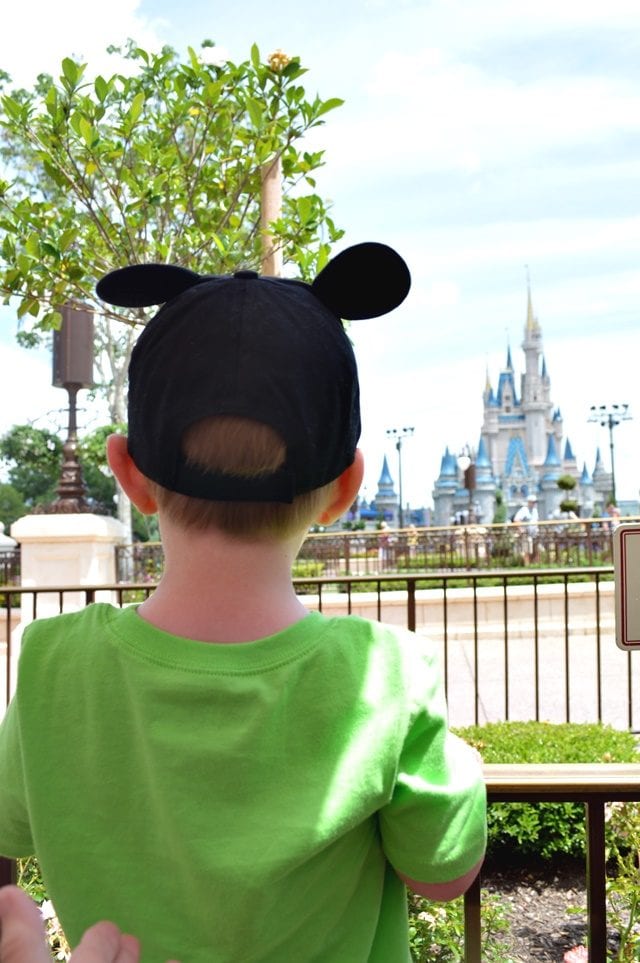 Daniel and Carter had fast passes for Mission: SPACE, and they also did Spaceship Earth, while the rest of us went to see some characters. 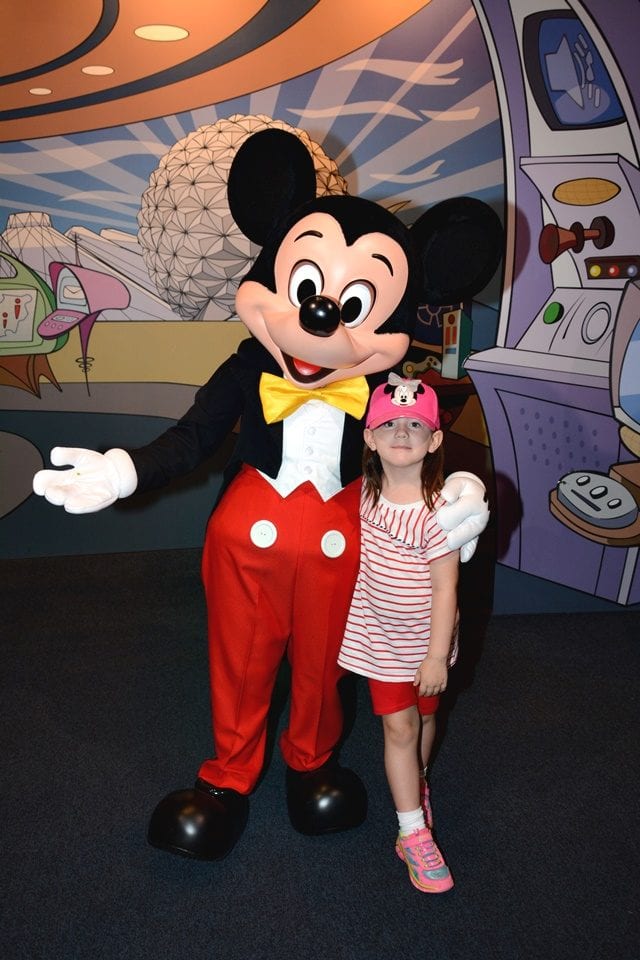 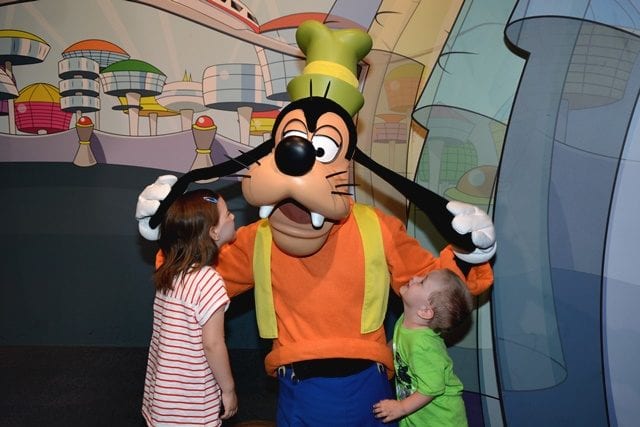 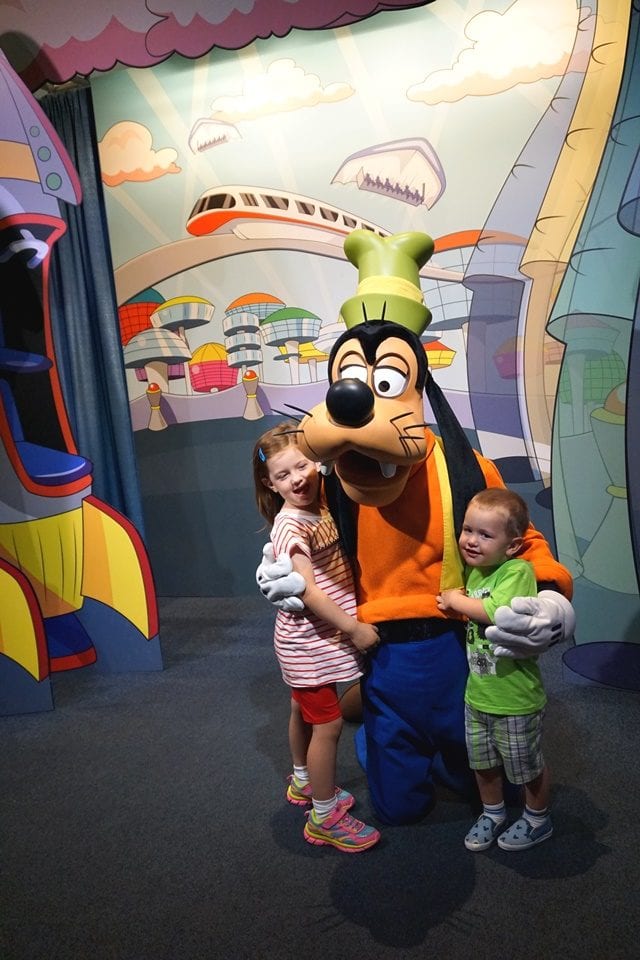 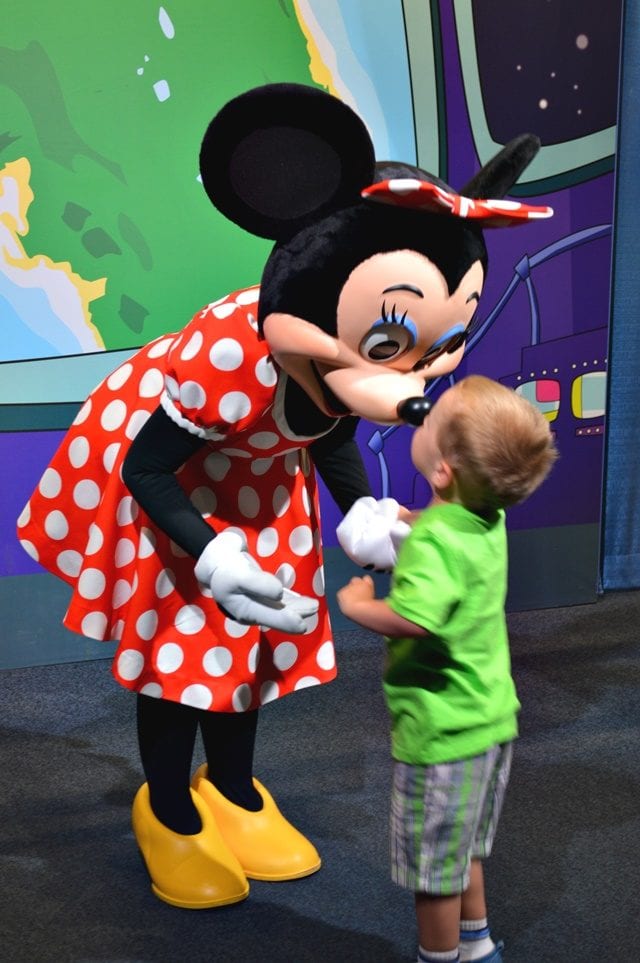 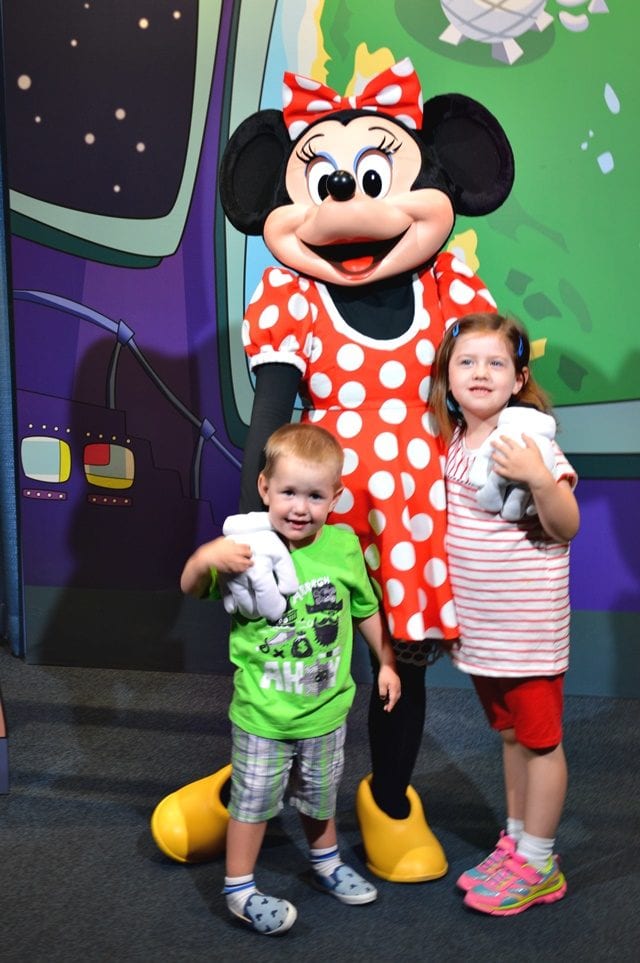 Then, our final tasks were to finish up filming for Carter’s video at the France pavilion (including eating some super delicious French beignets!), and then I grabbed some more chips from the fish and chips stand in UK before walking back to the Beach Club to grab our Magical Express to the airport!

We arrived in Phoenix late that night, exhausted, but still wishing we could have spent more time in Disney World! 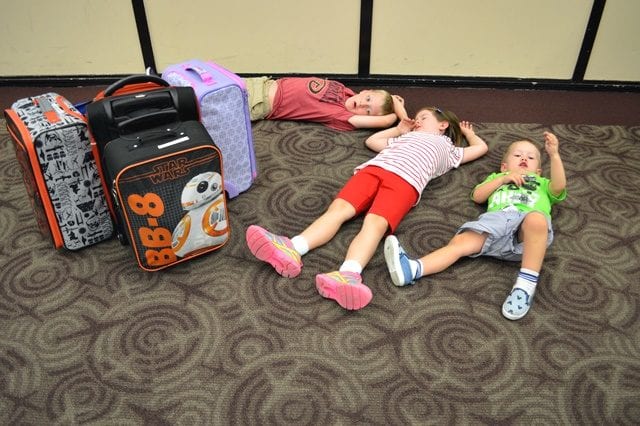 Whew, that’s our trip report! Thanks Disney Social Media Moms team for inviting us along and putting on such a magical event! See ya real soon!