Monday was our first “extra” day that we spent at Disney, after the conference had ended. As part of our conference package, we had 7-day park hopper passes, so we wanted to get as much use out of those as we could!

So first thing Monday morning, we headed over to Hollywood Studios! 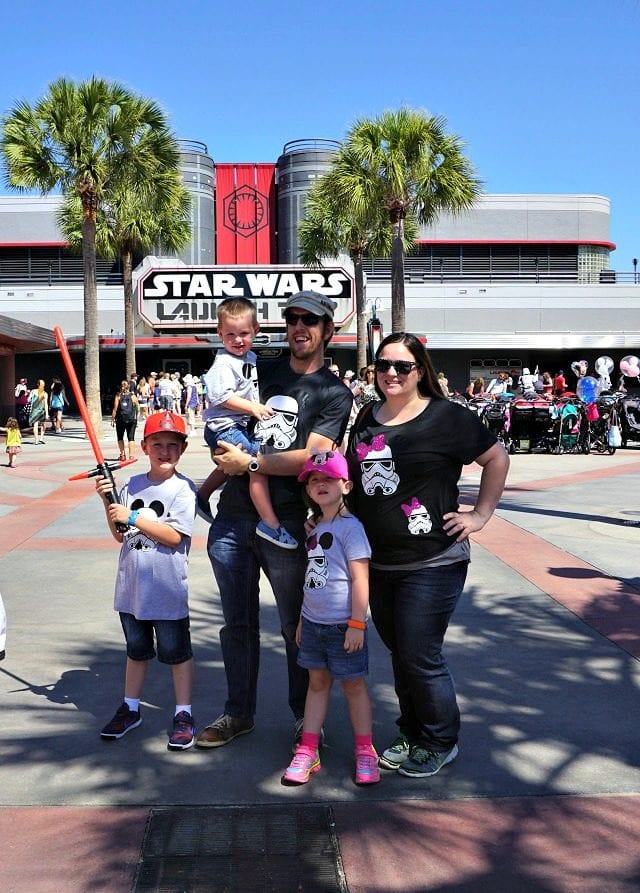 First order of business was signing up for Jedi Training! We chose to do the 3:10 show, since we had early dinner reservations with Gramma and Grampa right afterward.

After the kids were all signed up, Daniel and Carter had fast passes for the Rockin’ Roller Coaster! 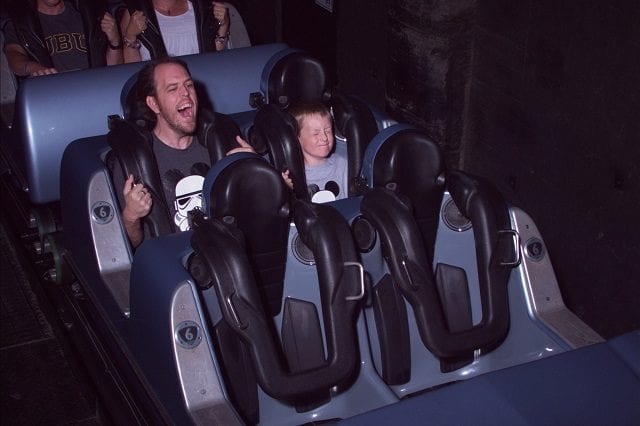 I don’t know if I’ve mentioned it yet, but as part of the Disney Social Media Moms magic, we got 40 fastpasses each, to use at our leisure, during the days of the conference. It was amazing because they didn’t have to be scheduled. Just walk up to a fast pass lane, scan your band, and you were good to go. I’ve been spoiled for life!

But with regular tickets, you can still schedule 3 fast passes ahead of time, so I had our whole day scheduled out at Hollywood Studios, fast passes and all.

While the big boys rode, I waited with these cuties: 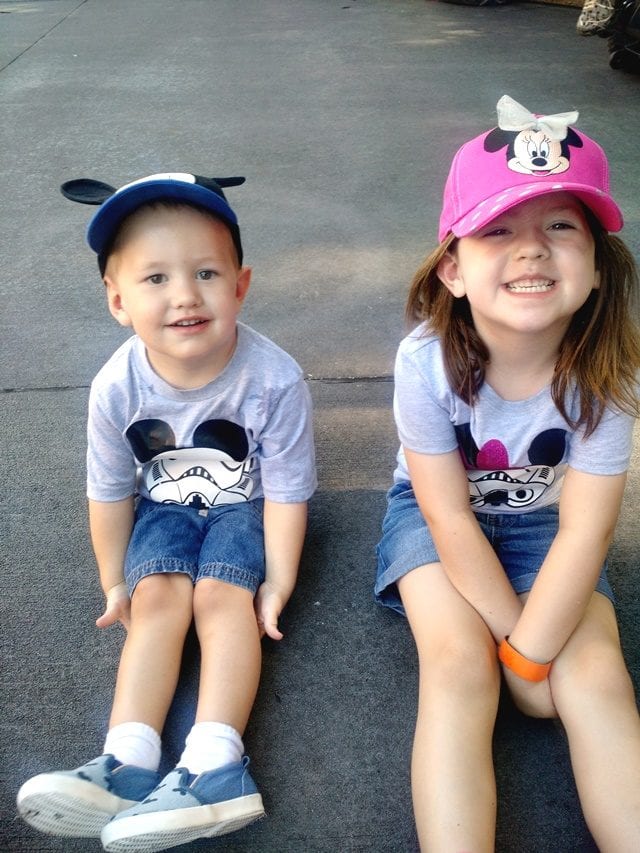 Then  it was time to hit the Star Wars Launch Bay and meet Kylo Ren, this time with the whole family. He still wasn’t very nice. He got right up in Harry’s face as we were leaving, and Harry giggled nervously and said “Hi!” 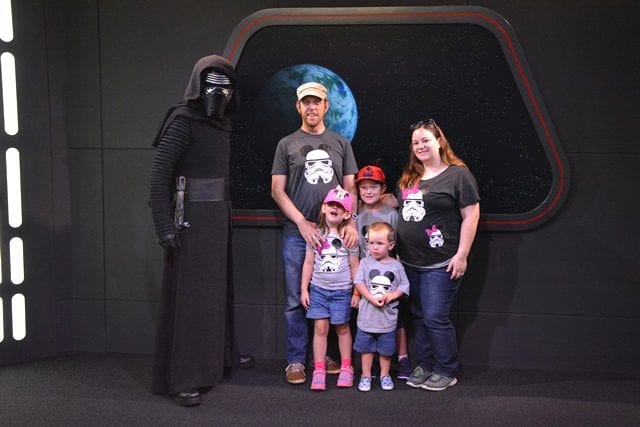 Before our 2:40pm call time for Jedi Training, we had an early lunch, watched the Indiana Jones stunt show and the Frozen Sing-a-Long, and Daniel took the kids on Star Tours. Then it was time for these padawans to get trained! 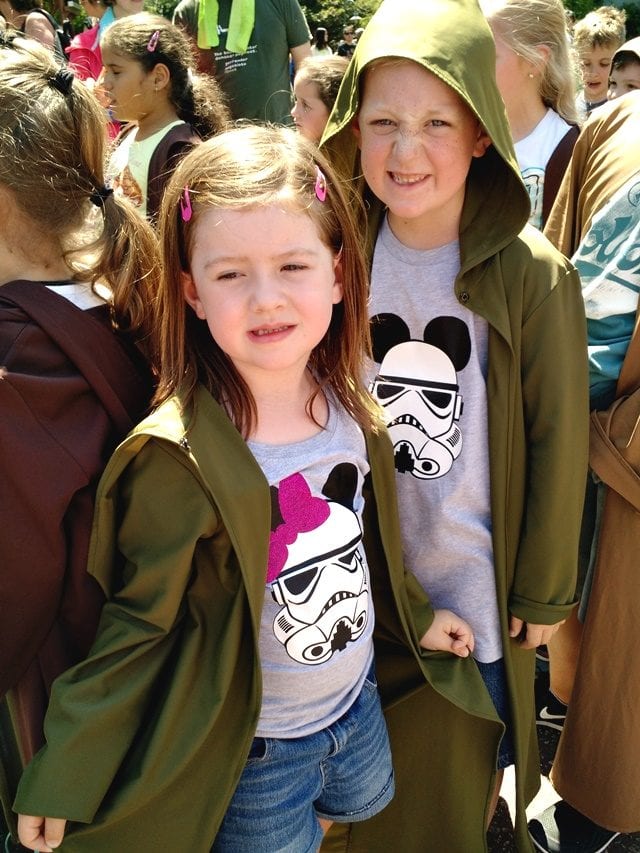 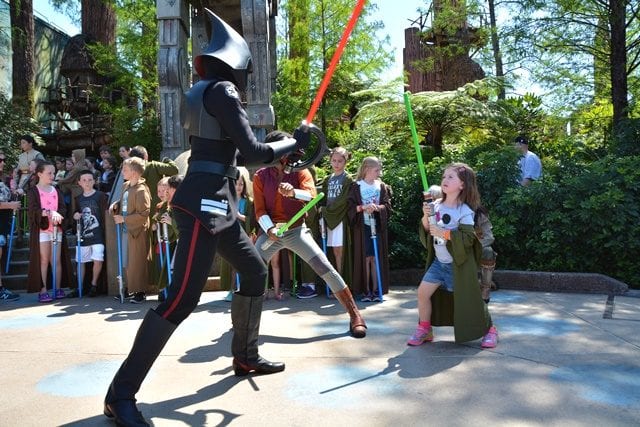 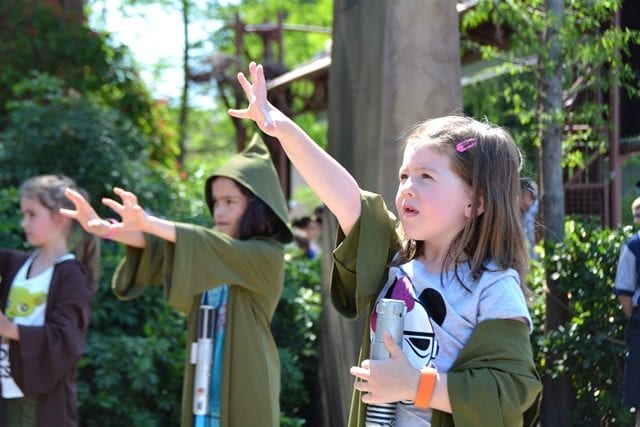 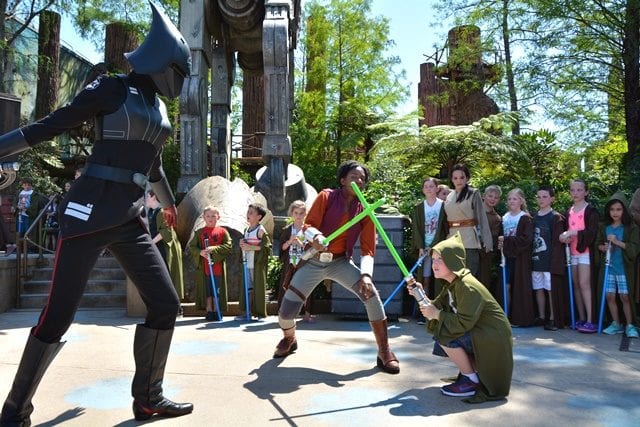 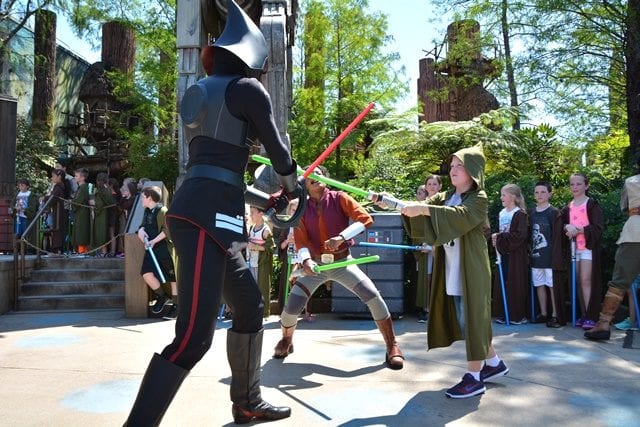 With our newly-appointed Jedis, we all headed over to Mama Melrose’s Ristorante Italiano for a big Italian dinner! 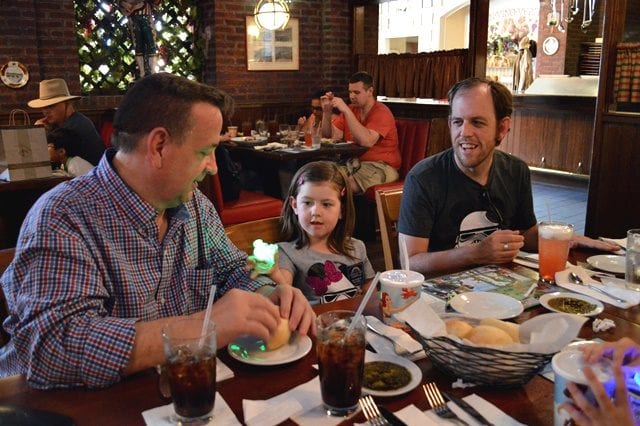 Then my Arizona kids wondered what the heck this was… 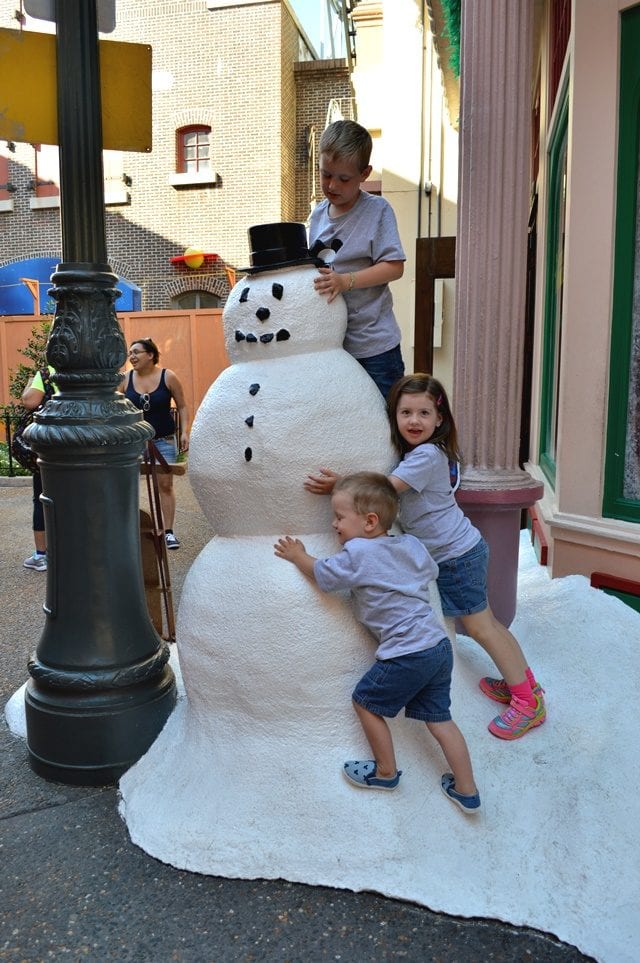 Just kidding, they knew it was a snowman, but yeah they don’t experience snow very often!

Then we all went on The Great Movie Ride, and my mom took this picture of us afterward, showing off our cool shirts. 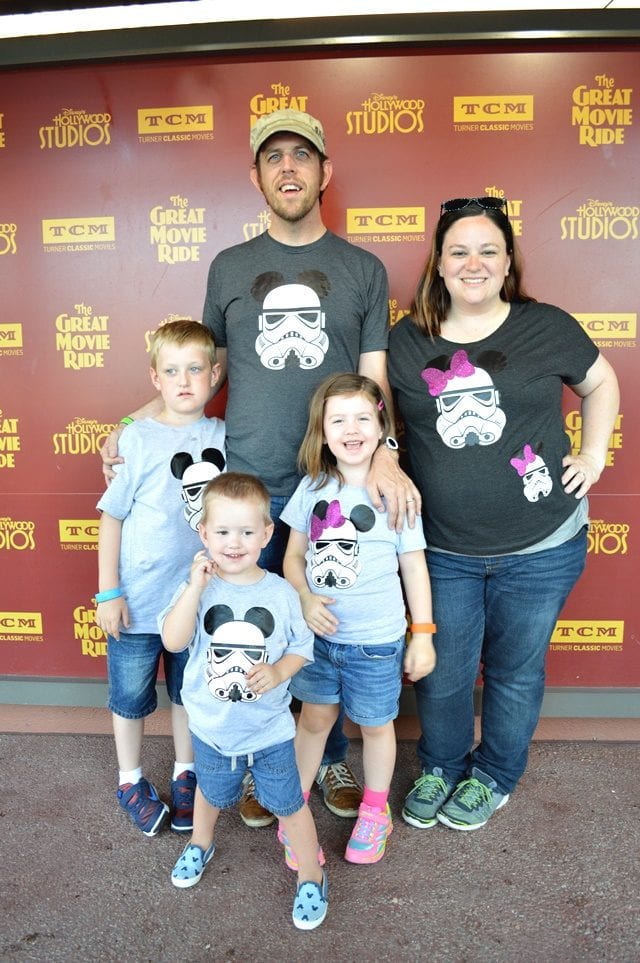 Then, Carter and Daniel headed off to binge ride Star Tours while Vanessa, Harry, and I watched the Voyage of The Little Mermaid and used fast passes on Toy Story Mania. We met up afterward, and our final ride (and fast passes) at Hollywood Studios was the Tower of Terror! For Daniel and Carter anyway. There they are in the front row! 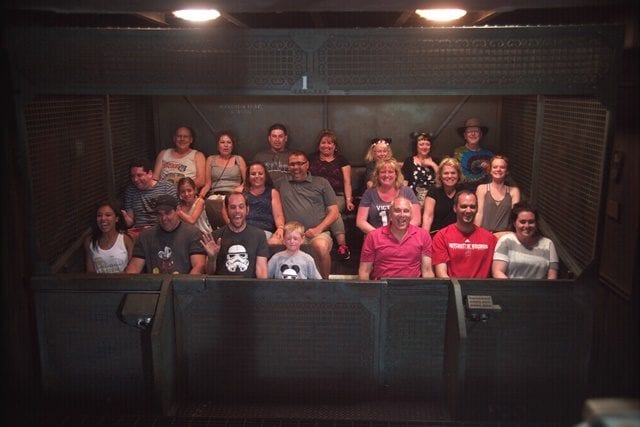 Then it was time to return to the hotel. Gramma came over to watch the kiddos (movie and fireworks on the beach, then bedtime!), while Daniel and I went over to the Magic Kingdom for the last hour and a half before it closed. We went on the Haunted Mansion, shared a Dole Whip and a Dole Whip Float, and got to see the finale of the fireworks from the Magic Carpet ride! 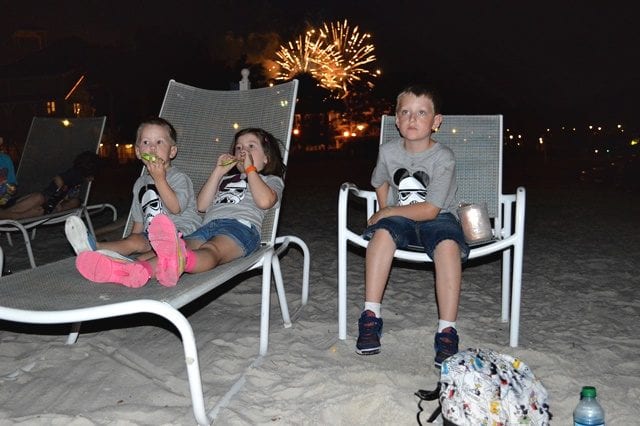 The next day we would be returning home, but we had until about 3pm to do as much in the parks as we could! Click Next to see how we spent our last day at Disney World!