Sunday morning began with us getting all dolled up for the Mother’s Day breakfast…and then being an hour early because we missed a time change announcement. Oh well, we had some time for races, pictures, Disney Heads Up, and we were first on the bus! 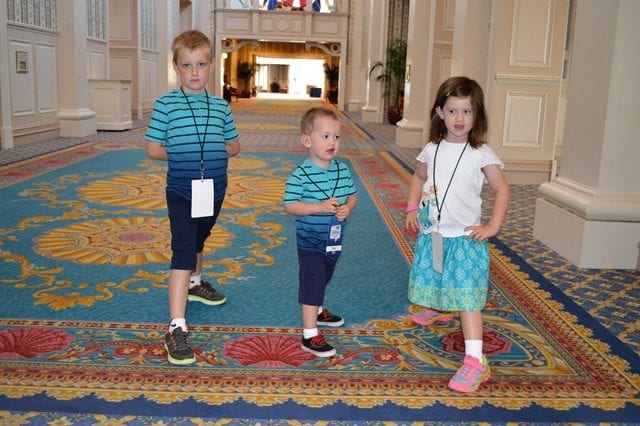 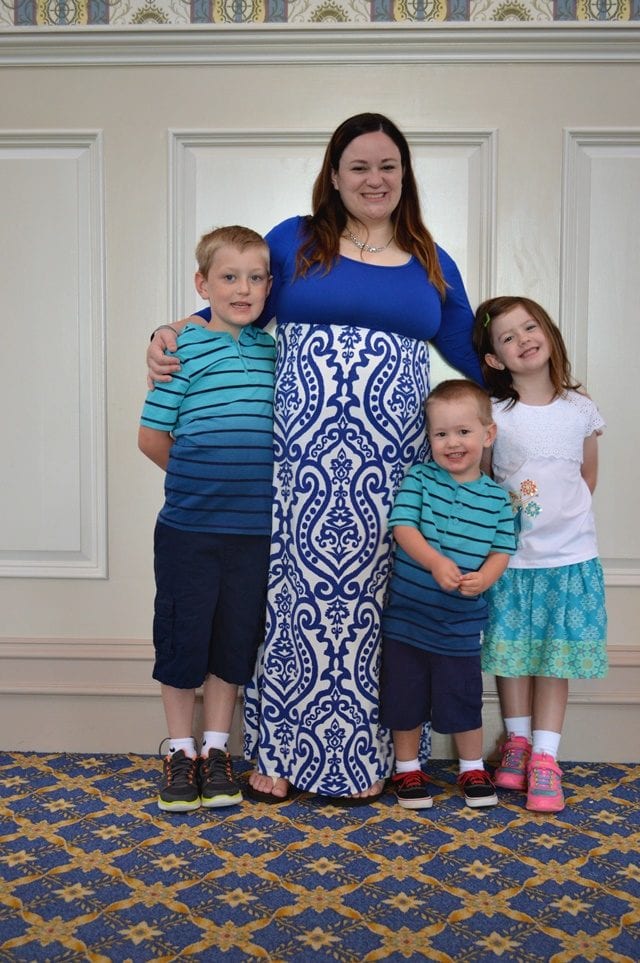 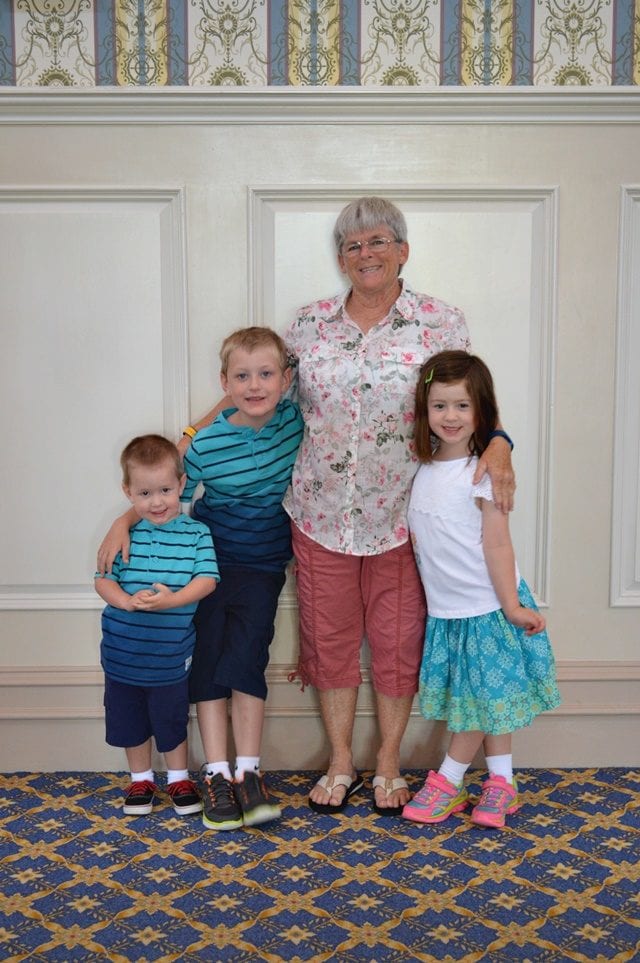 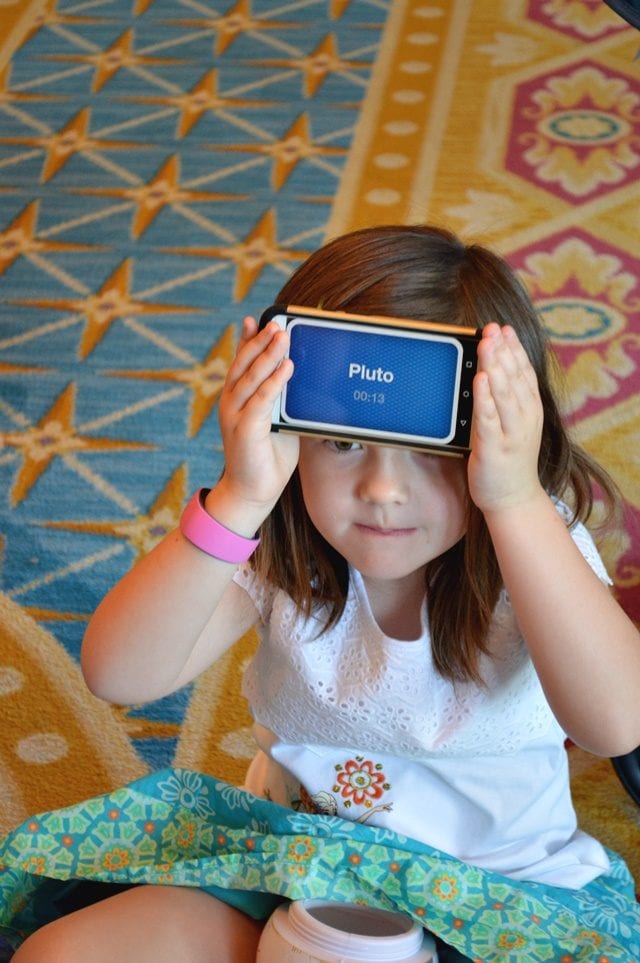 The Mother’s Day breakfast was held at the convention center in Epcot. We finally got some Mickey waffles, along with lots of other delicious foods! 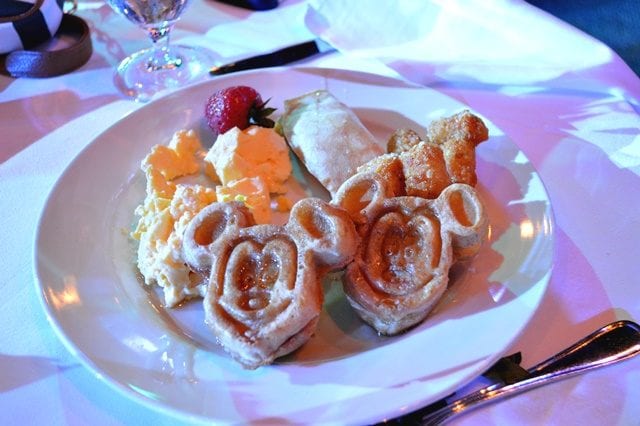 We also got to see the final product of the tiles we all colored on Friday morning: 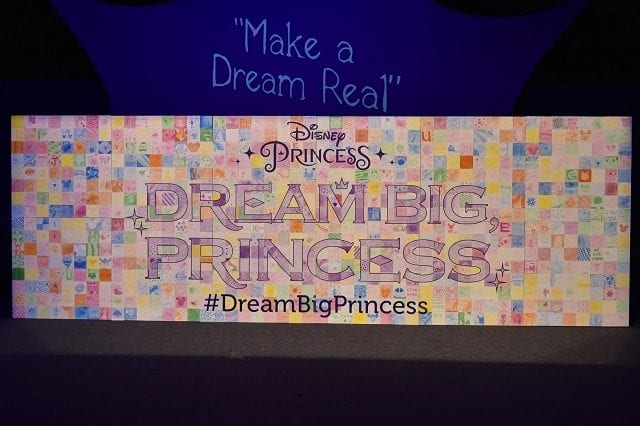 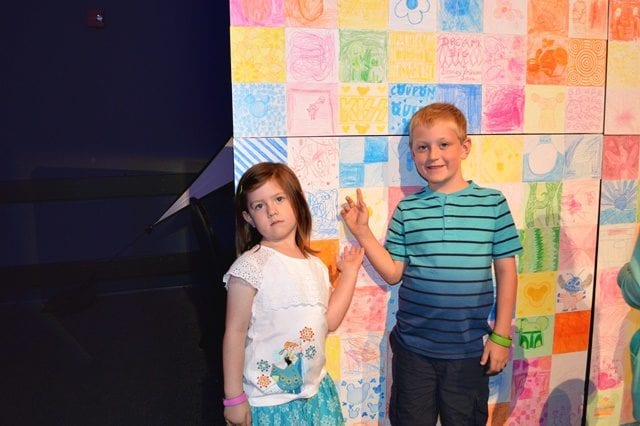 They had some photo opps set up to help promote their new campaign, “Dream Big, Princess,” and my little princess was more than ready to pose! 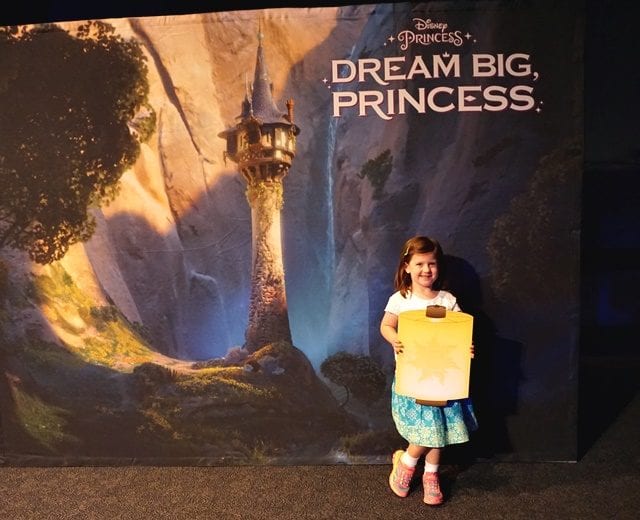 And they even had some real princesses on site to take pictures with the little ones! 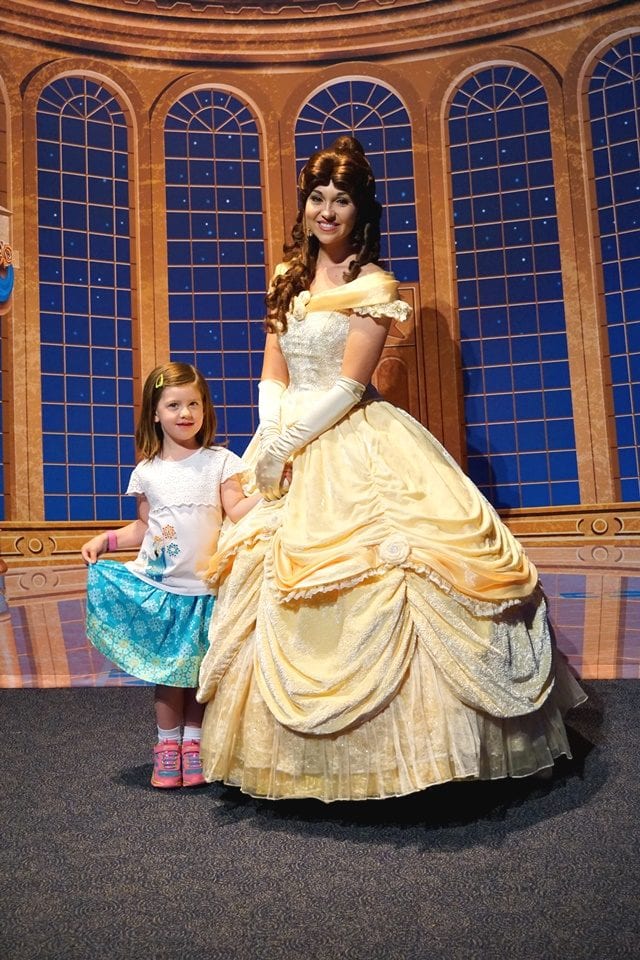 After the breakfast, the conference was officially over! We walked out of the conference center, right into Epcot, and we did some filming in the France pavilion for a school report Carter was doing on France! Click here to check out his video! 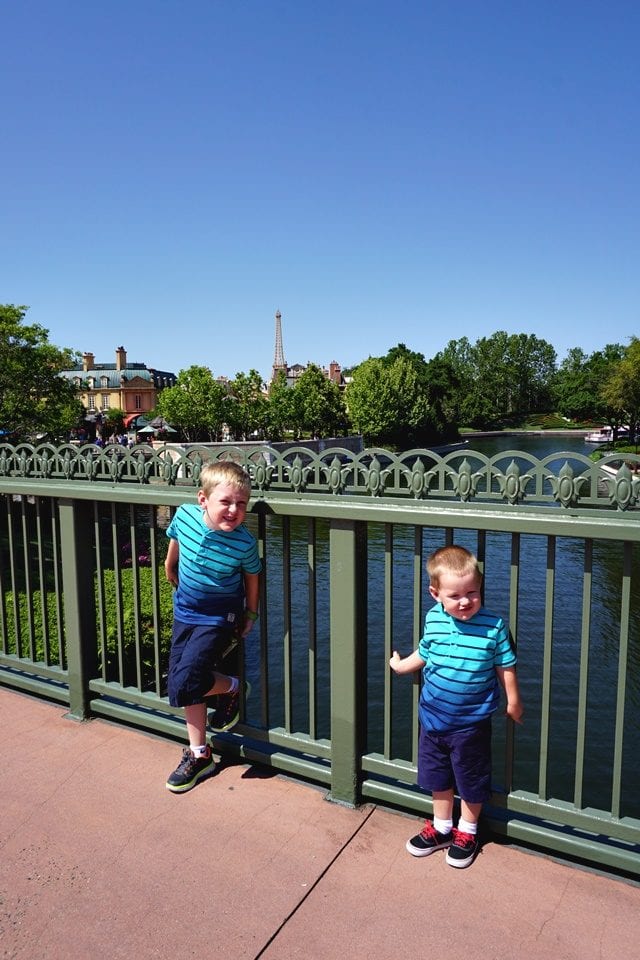 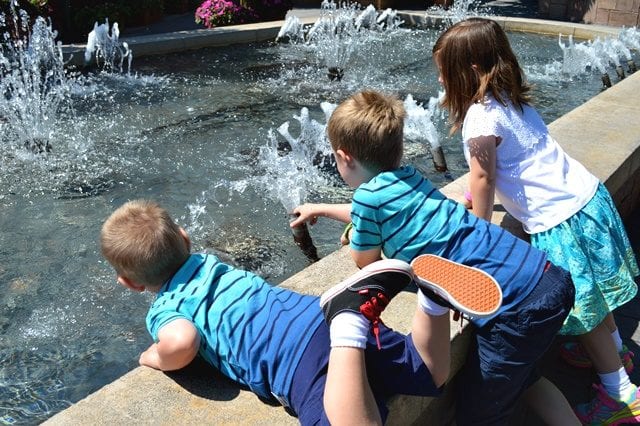 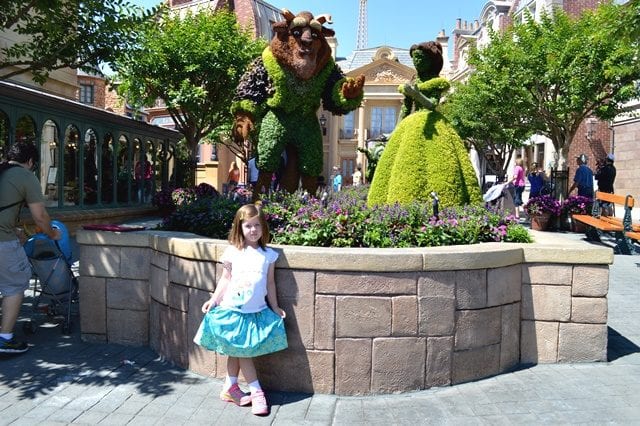 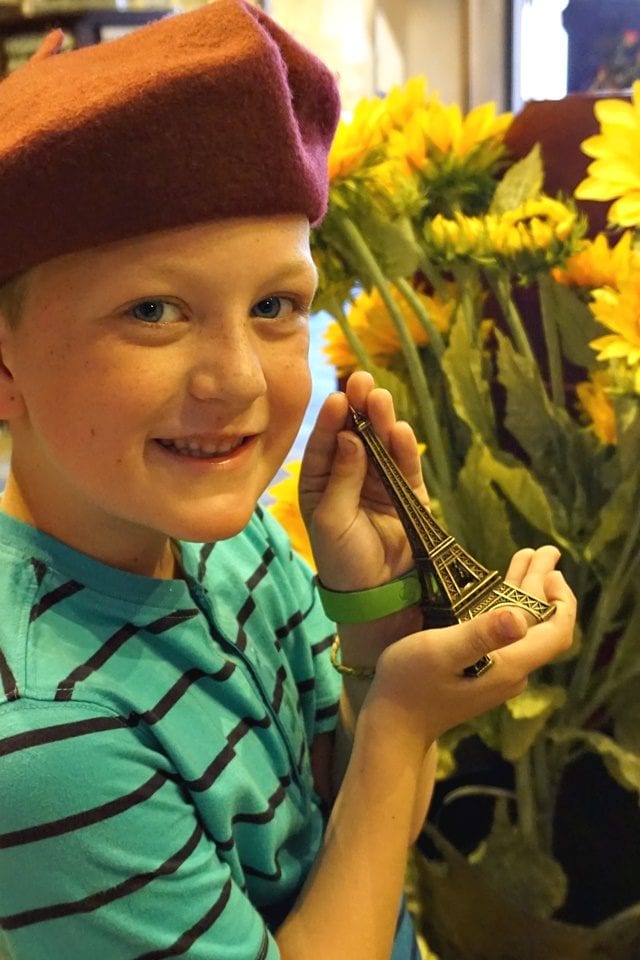 And then finally, Grampa and Daddy arrived! We were so happy to see both of them. We enjoyed a delicious lunch of fish and chips from the UK pavilion. 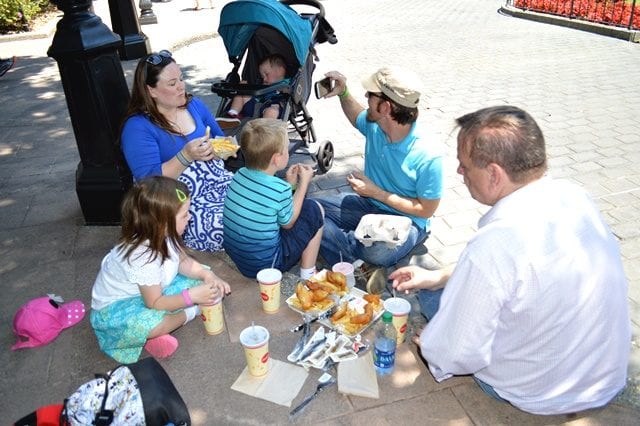 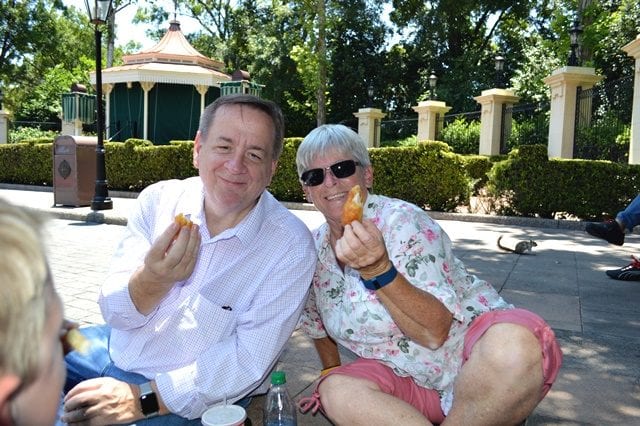 After lunch, Gramma and Grampa took Harry back to the hotel for some beach time, while Daniel and I took Carter and Vanessa on some of the rides in Future World at Epcot. 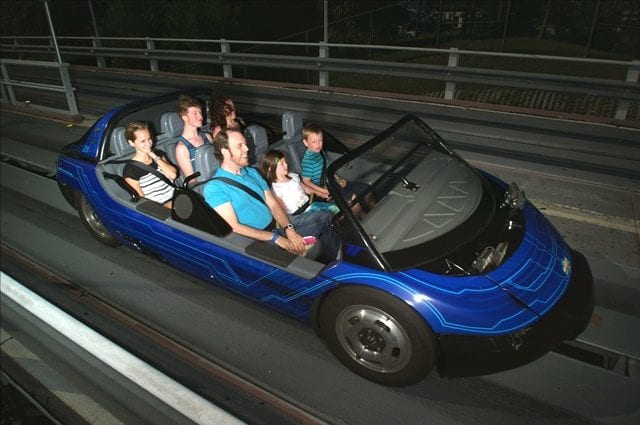 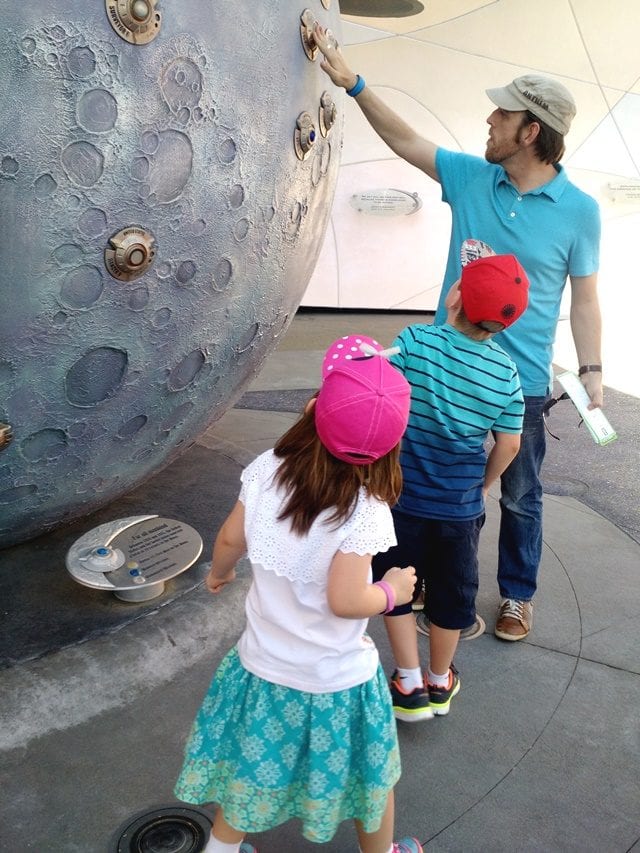 Meanwhile, back at the Beach Club… 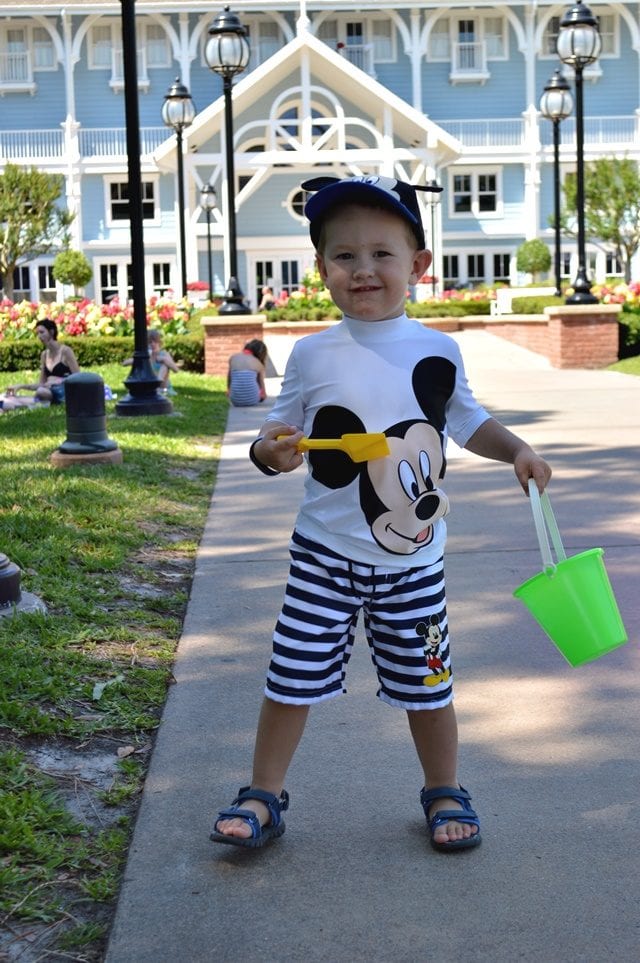 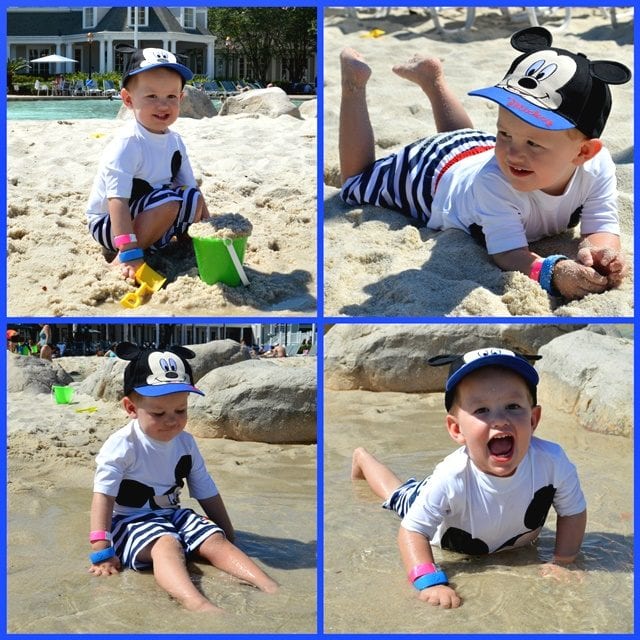 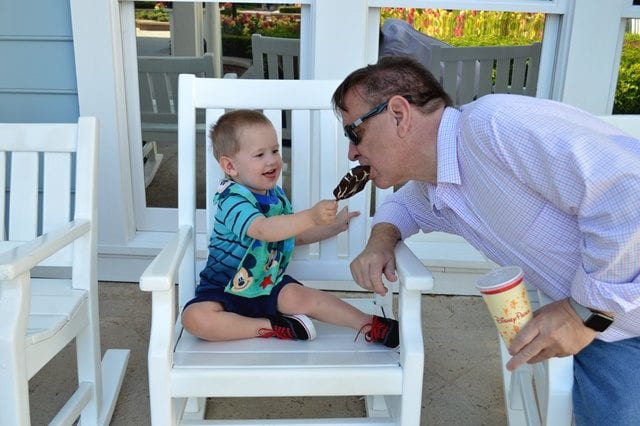 When we got back to the hotel, we got some dinner from the marketplace downstairs and relaxed in our room for awhile. Then we decided to head over to the Magic Kingdom for the night and close down the park!

Daniel and Carter braved the Seven Dwarfs Mine train… 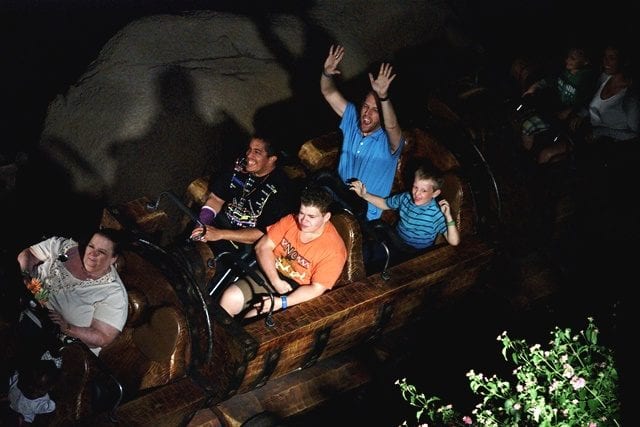 And I got Carter’s picture by the Harmony Barber Shop, where he got his first haircut, 6 years ago! 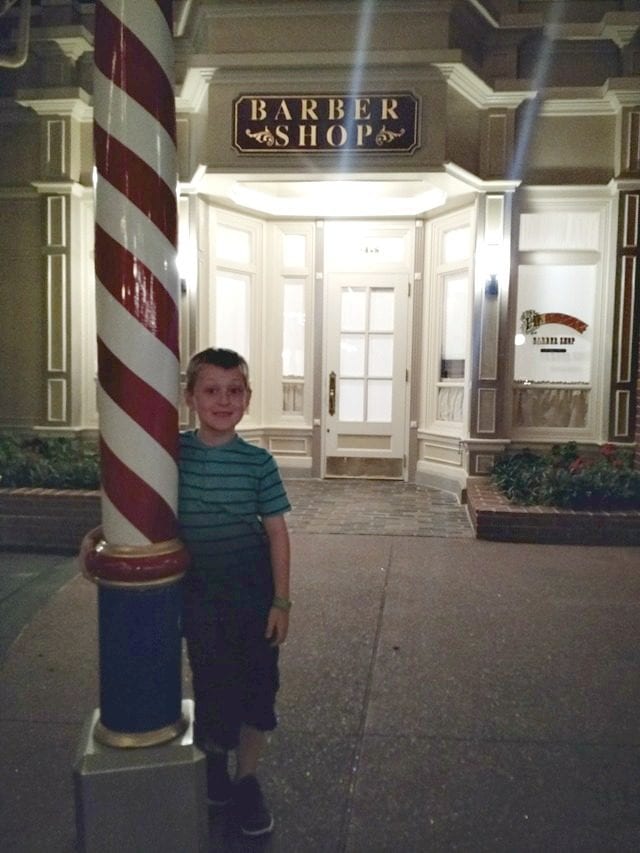 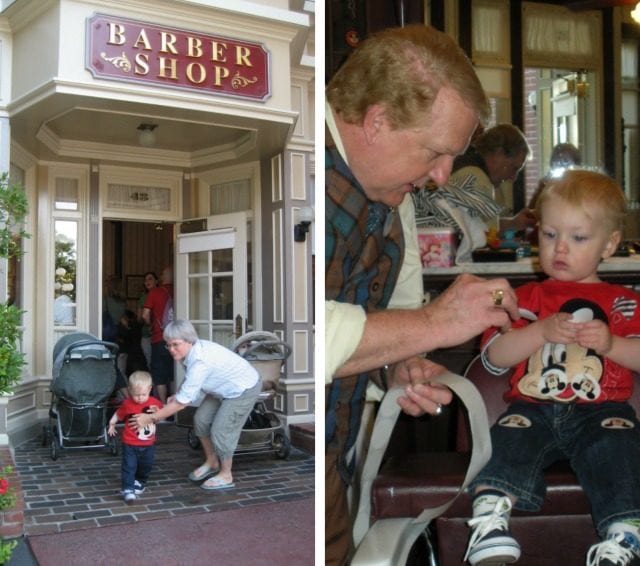 We stayed past the park closing at 11pm, and this was the scene on the bus ride back! 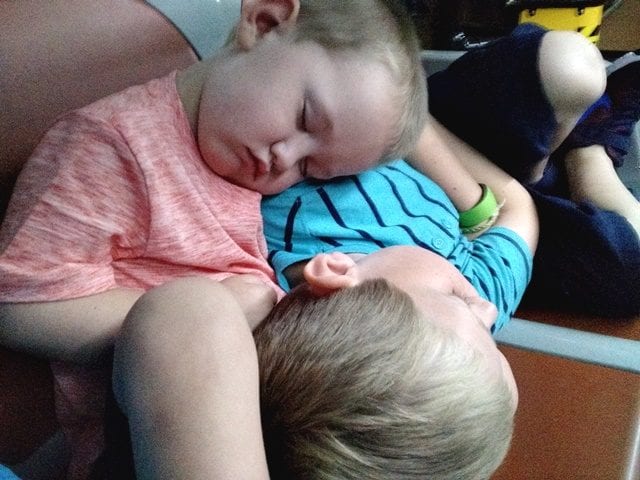 Two more days left of our trip, and tomorrow morning it was time for Hollywood Studios! Click Next to read on!