Day 3, Saturday, began in the early morning for me! I joined my Phoenix blogging pal Wendy and her daughter for the Alamo Fun Run, around the World Showcase in Epcot. 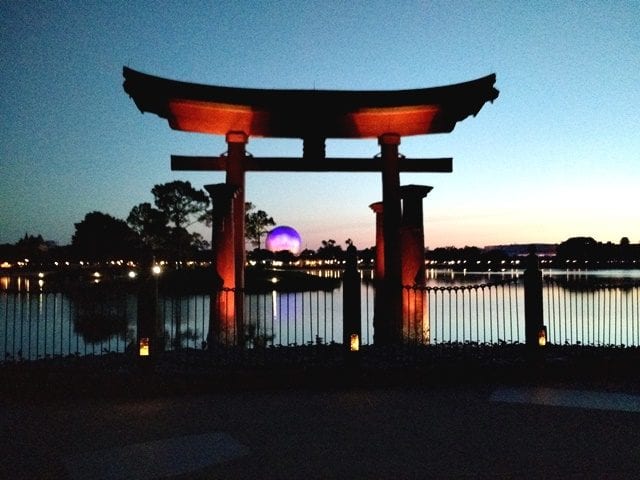 When the sun actually came up, we had a choice of two experiences over at Disney Springs (the reimagined Downtown Disney, named after the spring that brought settlers, including Walt Disney’s parents, to the area).

We all went to the AMC Dine-In Movie Theatre, where we got some brown bag breakfasts and either got to view a prescreening of Alice Through the Looking Glass, or meet Doc McStuffins and watch some Disney Junior shows.

Having younger children, we thought Doc McStuffins was the better choice for us. The kids ate their breakfasts while watching a Lion Guard episode, got to dance with Kasey from the Disney Jr. Stage Show, and did some coloring, before meeting the Doc herself! 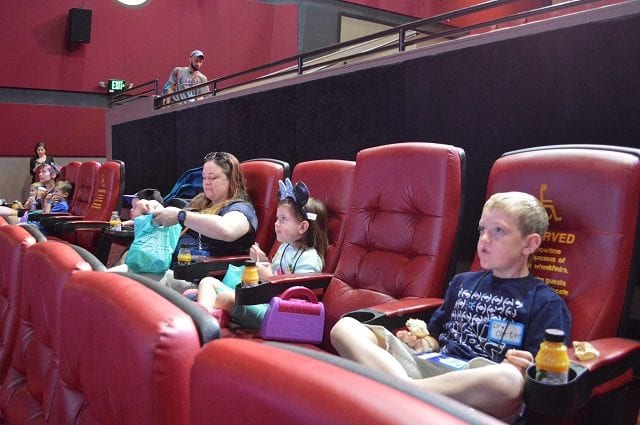 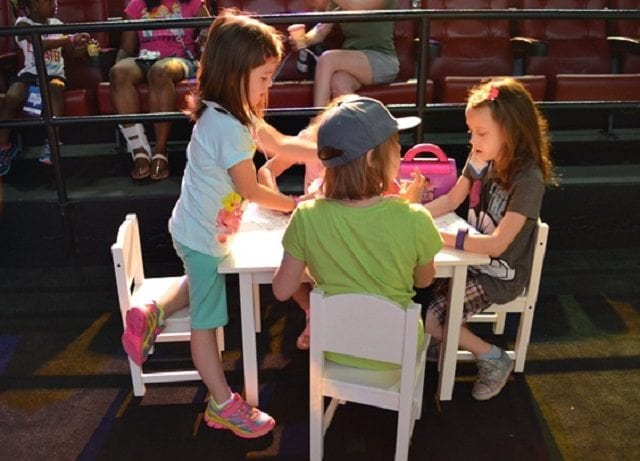 They each walked out with a bag of new toys: a Doc McStuffins doctor kit and figurine set!

Then we spent some time walking around Disney Springs, before I got to take a quick behind-the-wall tour of Town Center, the newest section, now open!

We took some photos of some hidden Mickeys, too! 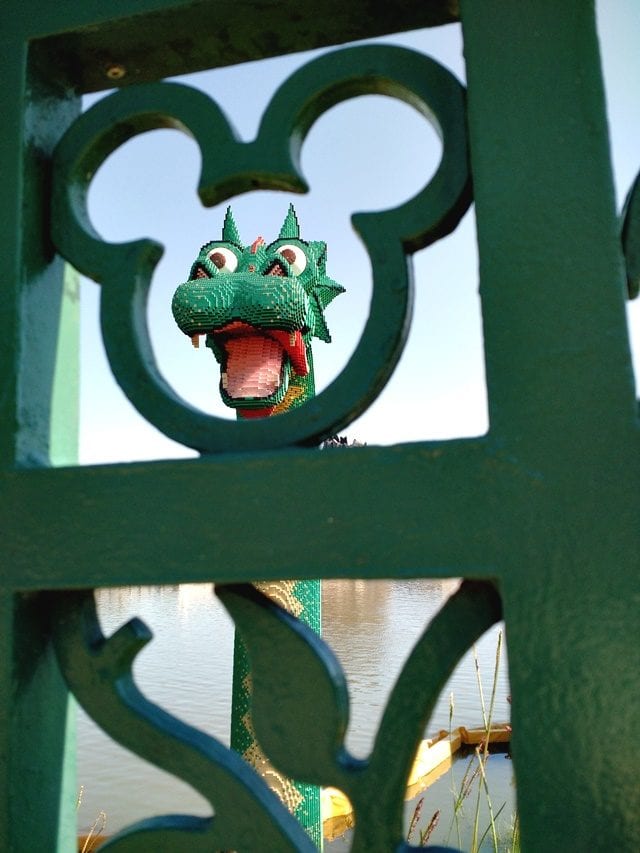 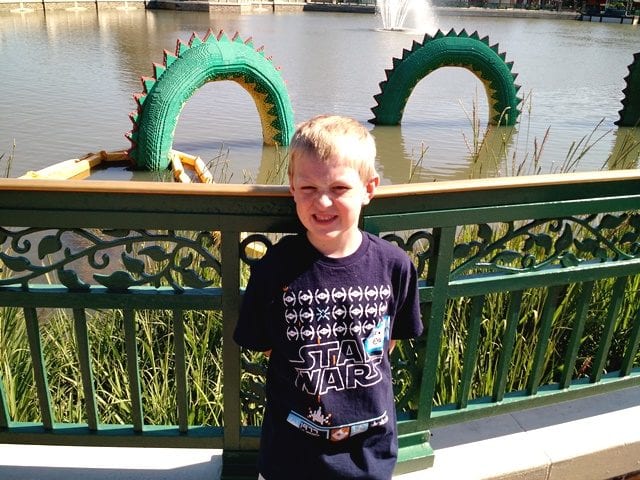 We got some pizza for lunch and then traveled back to the Beach Club via a boat and a bus!

It was a hot morning, so Gramma took Carter and Vanessa swimming at the Yacht and Beach Club’s Stormalong Bay, while I stayed in the room and got Harry to take a nap. 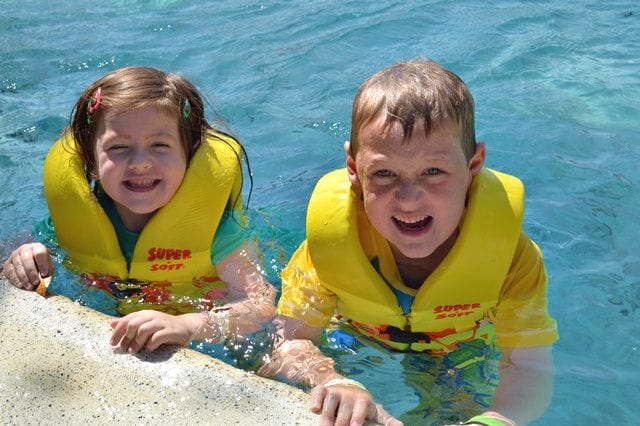 Carter went down the BIG water slide 6 times! Then he and Vanessa both had fun sliding down a smaller slide. 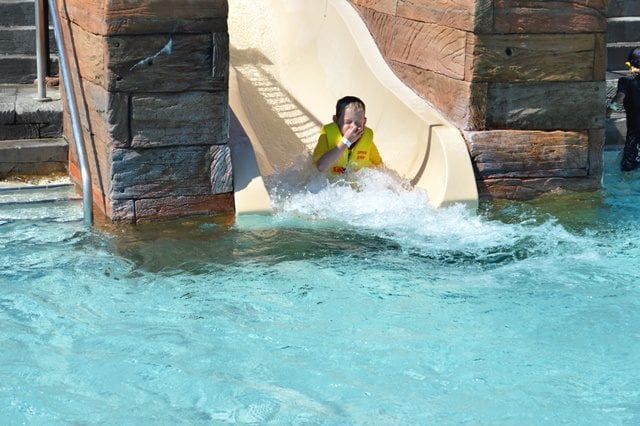 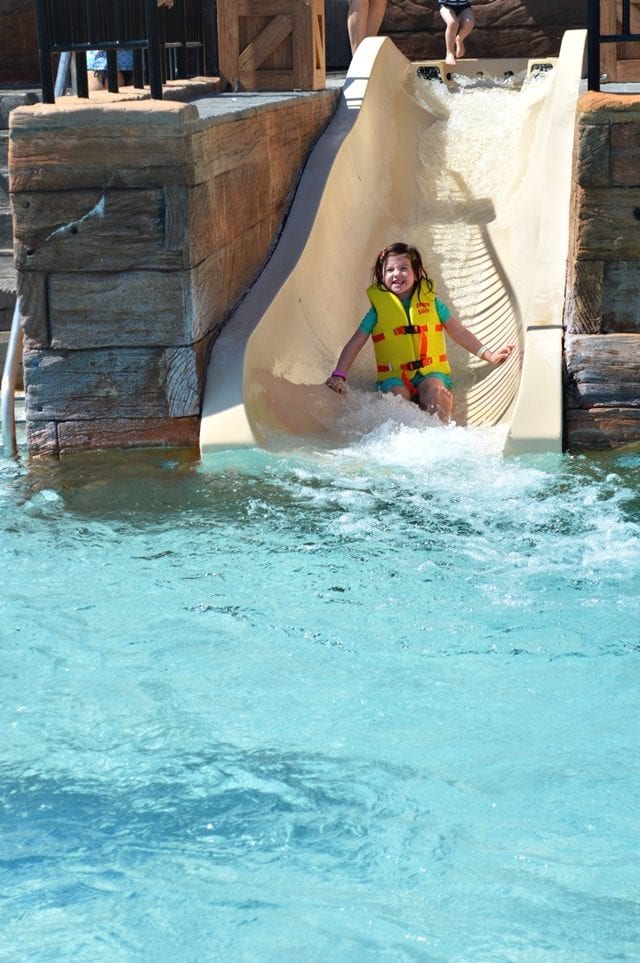 In the evening we finally headed over to the Magic Kingdom! 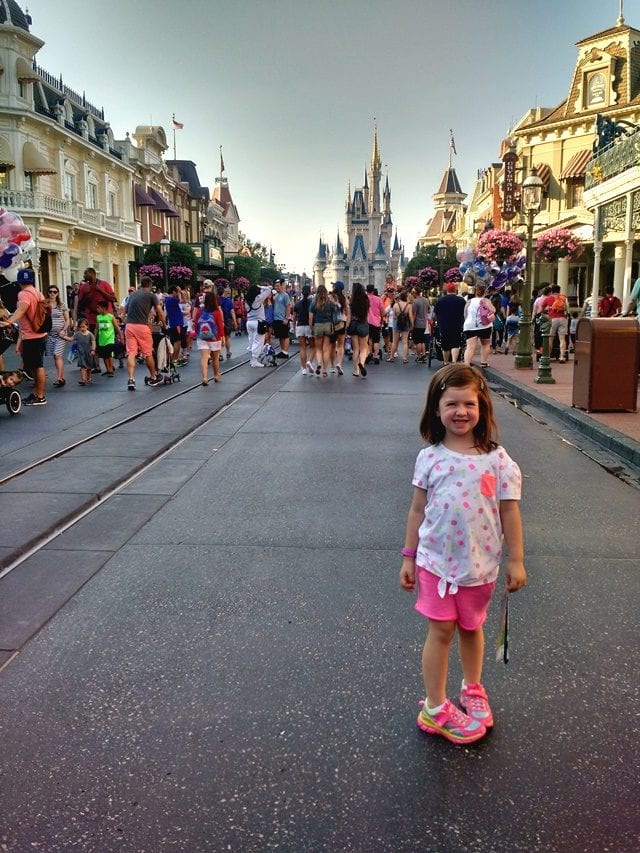 Harry discovered a love for the “teacupths!” 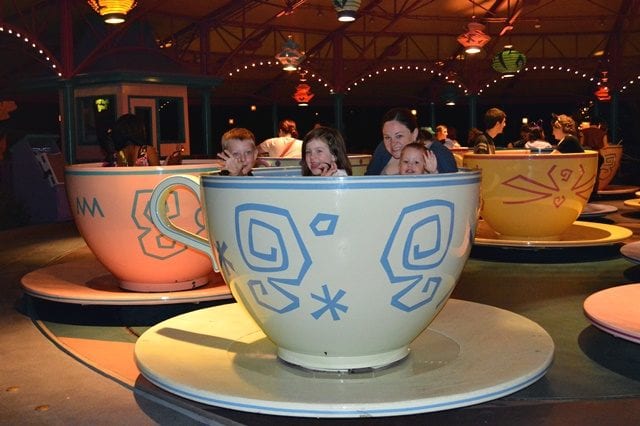 And the boys enjoyed “it’s a small world…” 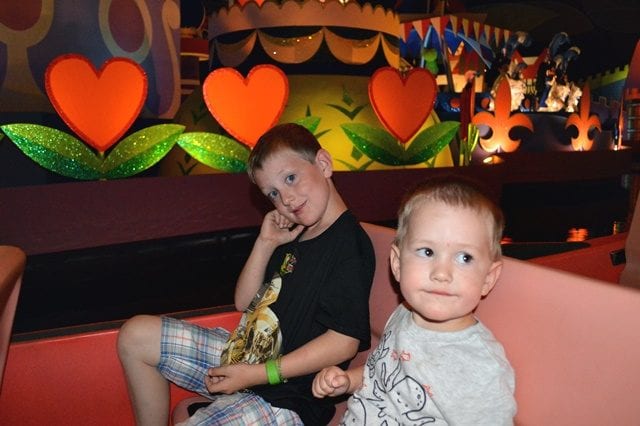 …but it was a little too much for Vanessa! 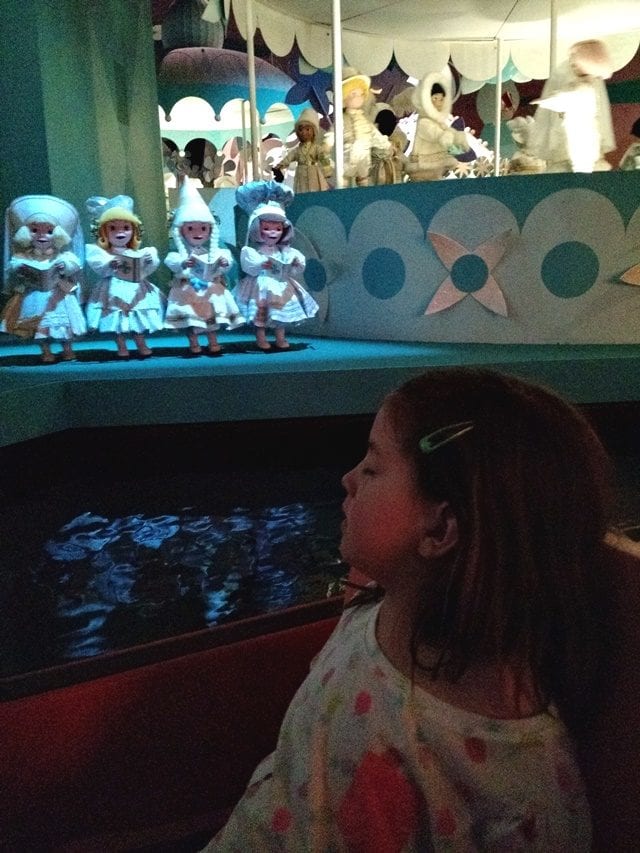 We loved the Monsters Inc. Laugh Floor, and Carter even got to talk to one of the monsters in the show! 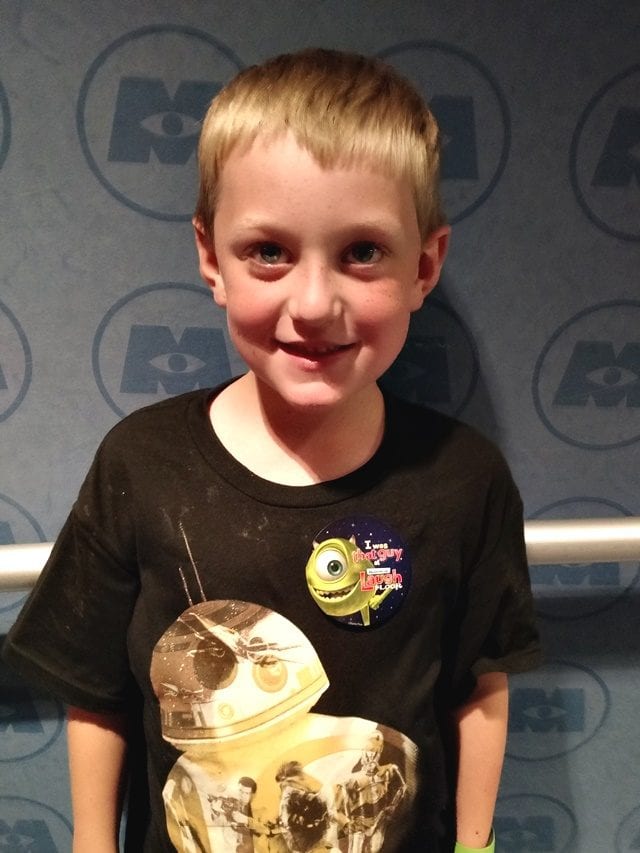 Before heading out, we caught the Celebrate the Magic castle projection show and the Wishes fireworks show. 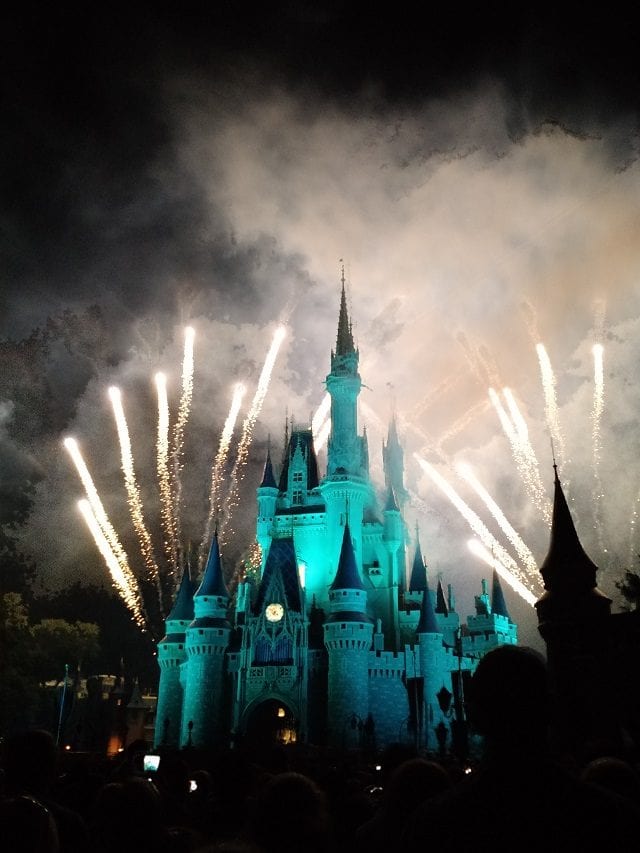 The next day would bring the end of the conference, and Grampa and Daddy would be joining us for a few more magical days at Disney! Click Next to see what we did on Day 4!