At the beginning of 2016, I wrote down a list of goals for my blog. One of them was half-serious: go to the Disney Social Media Moms Celebration. I definitely wanted to go, but it wasn’t something I could really work toward as a goal. You don’t get to apply to attend DisneySMMC- you just hope to receive that invitation, which I did, at the 11th hour! Less than three weeks before the event, the pixie dust landed in my inbox, and we started to plan our trip to Orlando!

I’m excited to share with you some of the upcoming Disney magic that we learned about during the event, as well as some tips on traveling to and enjoying Disney World. But today I thought I’d start with an overview of our whole trip, so you can see exactly what happens at DisneySMMC!

Disclosure: I was invited to take part in the Disney Social Media Moms Celebration at the Walt Disney World Resort in Florida. I received discounted park tickets and lodging, as well as food and gifts from sponsoring brands. I was not asked or paid to write this post, and opinions expressed are my own. 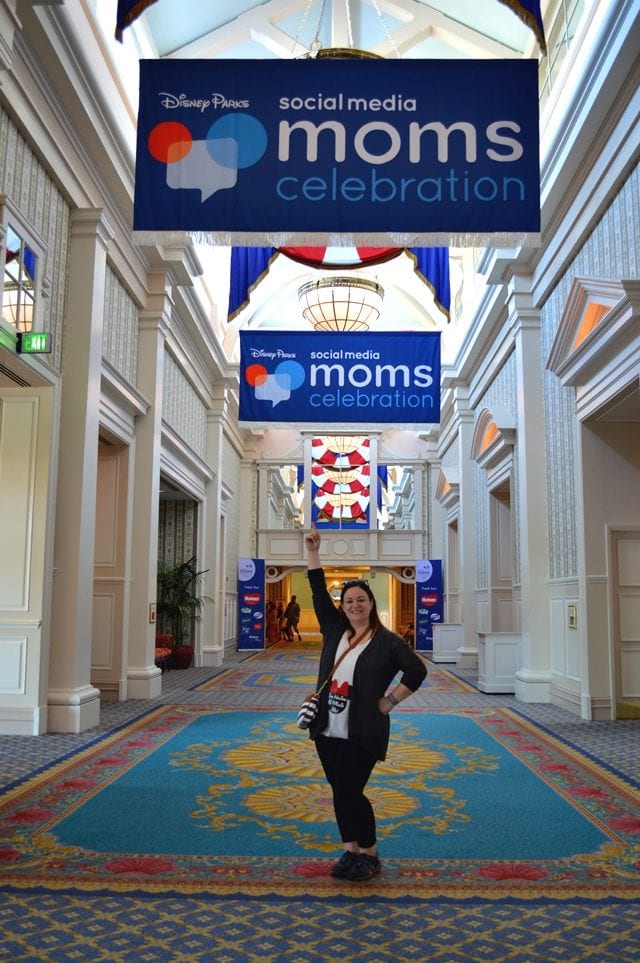 Wednesday was our travel day. My husband wasn’t able to join us until Sunday, so Gramma got to join Mom and the kids for the conference! We picked Carter up from school around 1pm and headed for the airport! 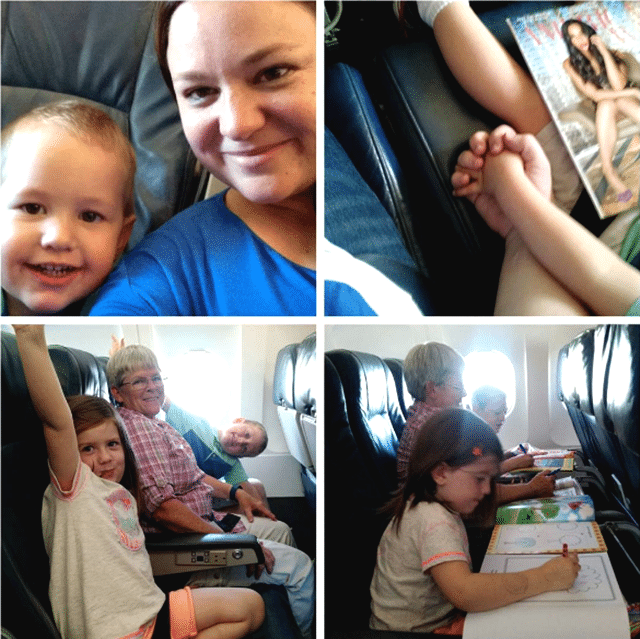 It was just about a 4 hour flight direct from Phoenix to Orlando, but add on the 3 hours of time difference, and it was almost 11pm when we landed! We grabbed our bags, hopped on the Disney Magical Express, and got to our hotel where we quickly went to sleep. Tomorrow would be a busy day!

We spent our first night at Disney’s Pop Century Resort, and in the morning had our luggage sent over to the Yacht and Beach Club Resort, where the conference would be held, and where we’d be staying during the rest of our trip.

In the meantime, I thought I’d get some blogging done… 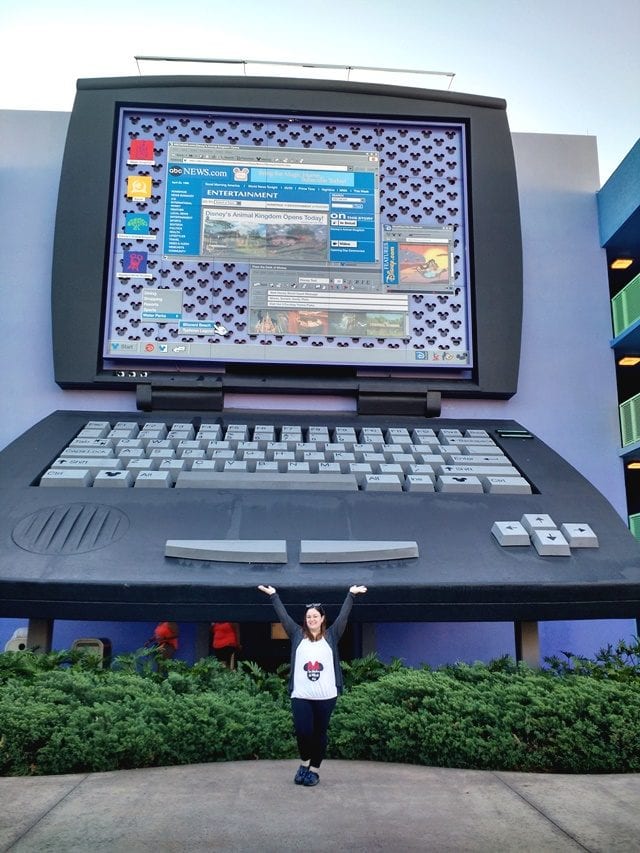 The kids were equally enthralled with the giant laptop: 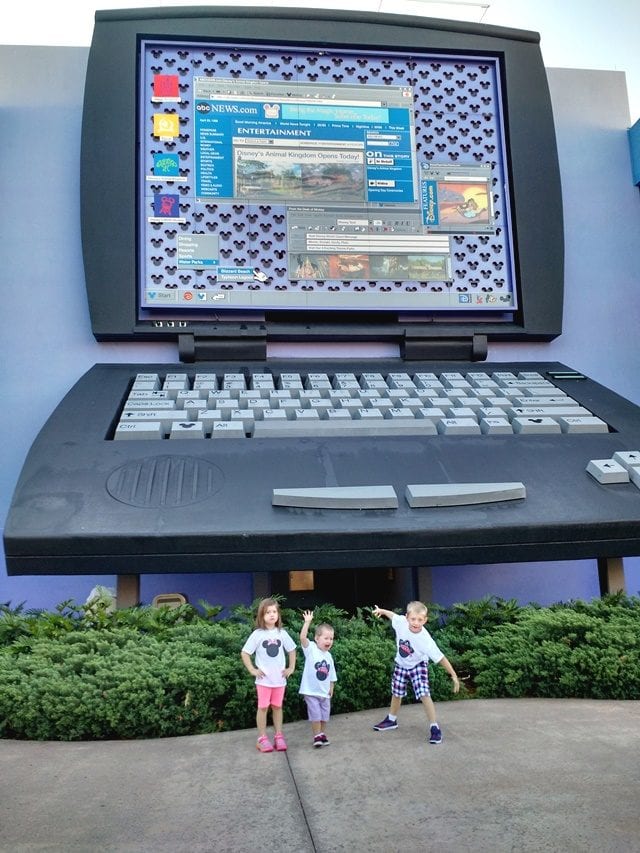 We made our way over to the Yacht & Beach Club and were actually able to check into our room early (yay for Disney magic).

I’ve only stayed at an onsite Disney Resort once before, and it was almost exactly 20 years before, at the Beach Club! And here we were, back again! 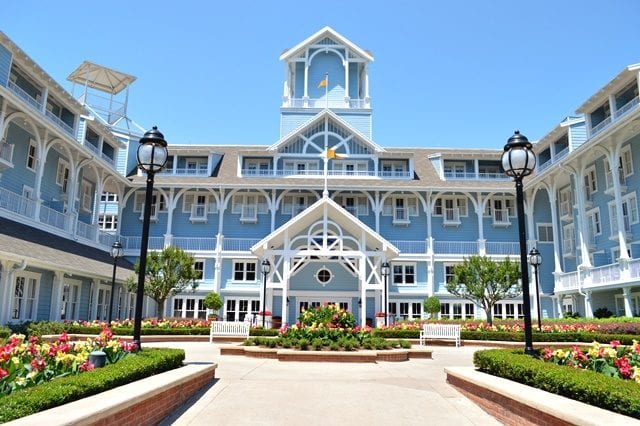 First, though, we walked over to the conference center and registered for the conference. A special guest was there waiting to say hello! 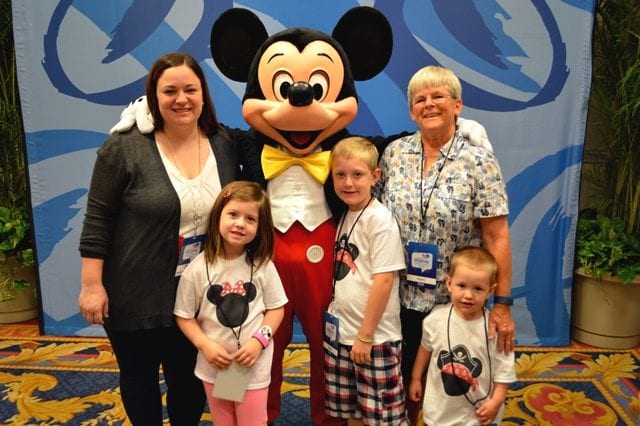 Harry was too funny when seeing Mickey. We went to Disneyland last November, and he wasn’t too sure about getting close to any of the characters, but he loved them on this trip! I guess he thought one hug was enough for Mickey, though…


The kids also had a lot of fun with the photo booth and props in the registration room. We had to pull them away! 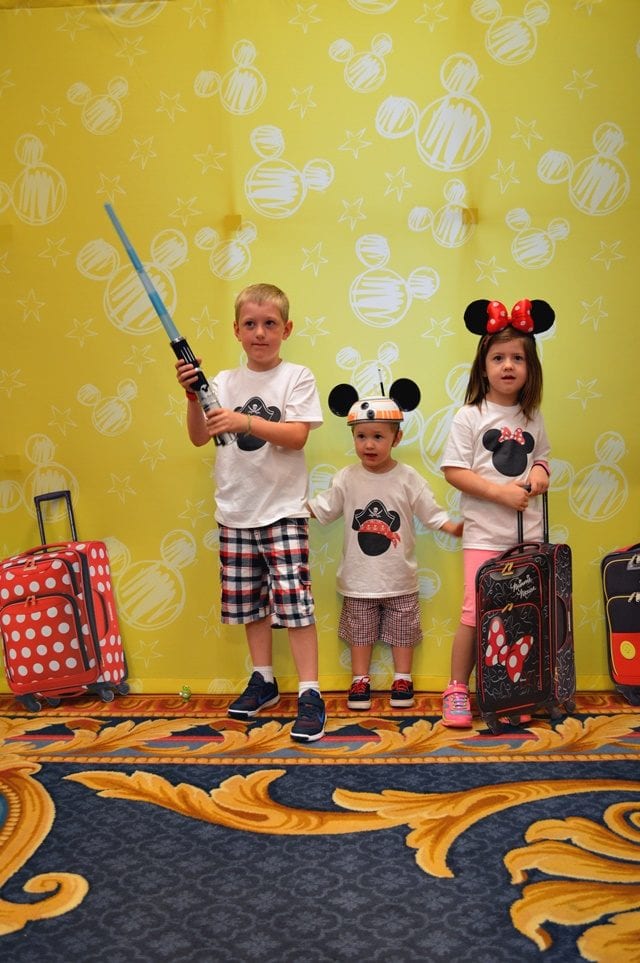 With some sunglasses from sponsor Babble… 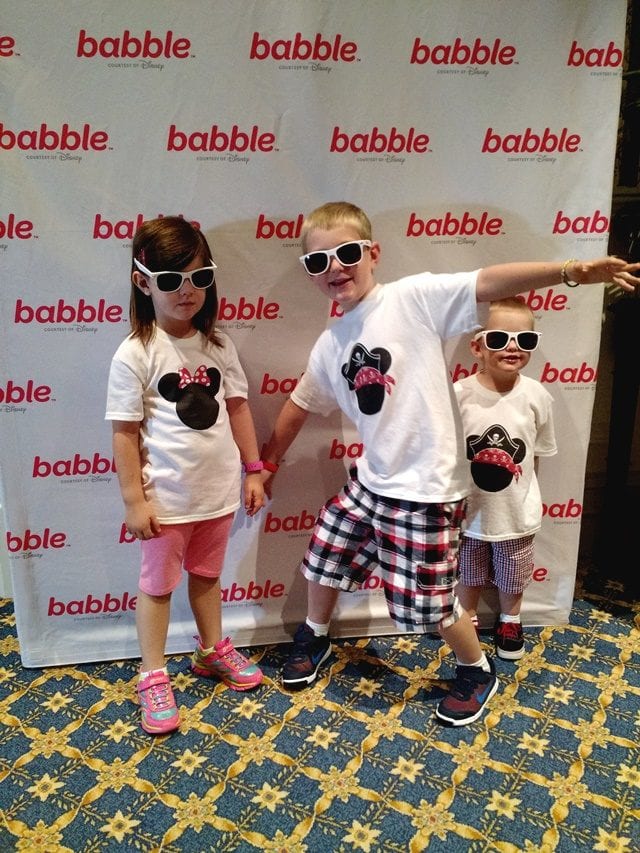 …and our Disney Magic Bands… 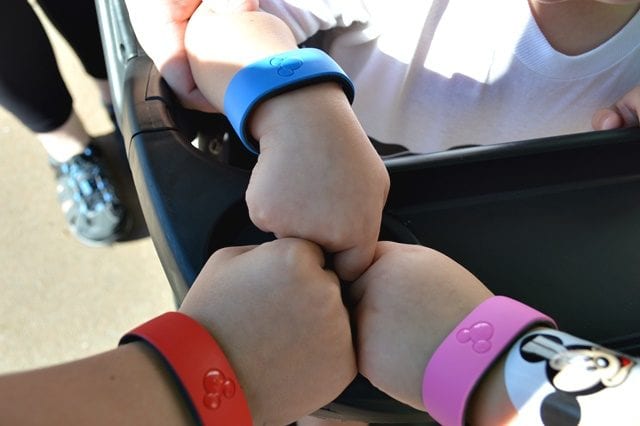 …we were ready to hit the parks! 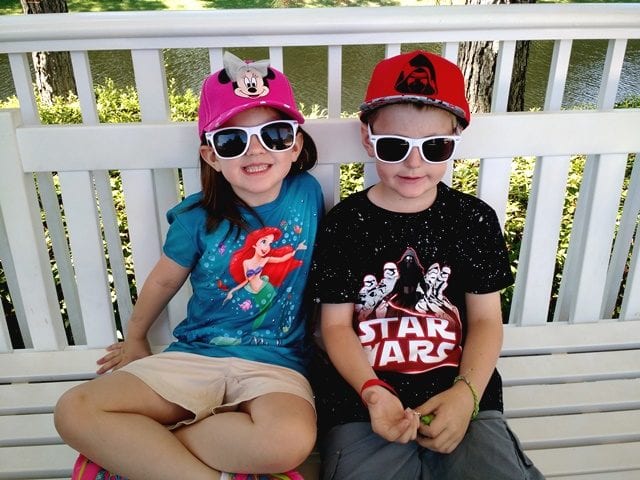 We decided to spend our afternoon at the Animal Kingdom, which I had never been to! My ride capability was limited, as I was 5 months pregnant, but I rode what I could and enjoyed watching the others on the ones I couldn’t! 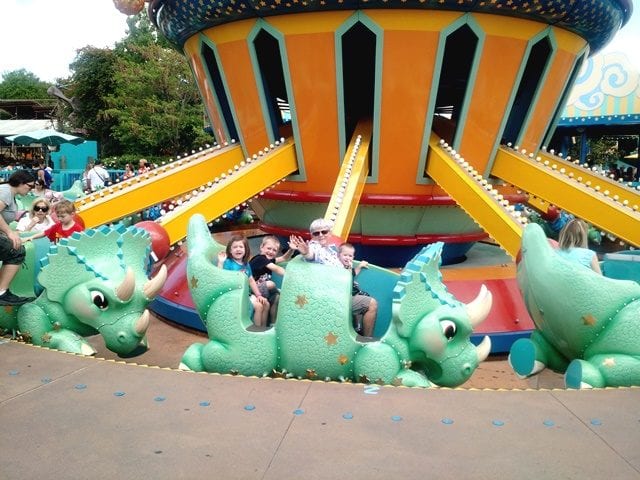 Almost right inside the gates we saw DiVine (see photo below). My mom was excited because she said people go there trying to see her and never do. Guess we got lucky! 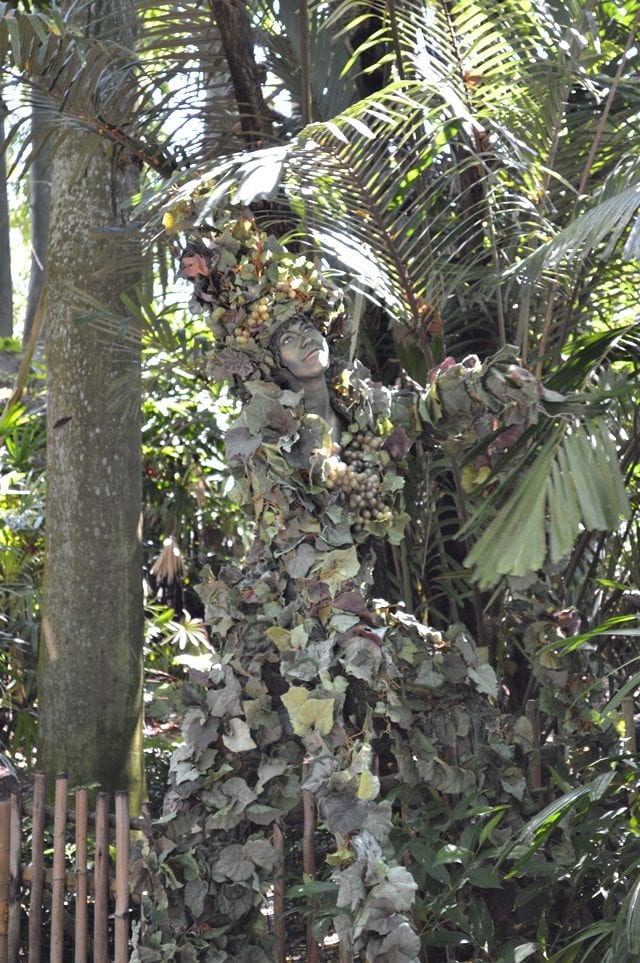 We rode the Kilimanjaro Safari and saw some animals, and then we saw Safari Mickey and Minnie! 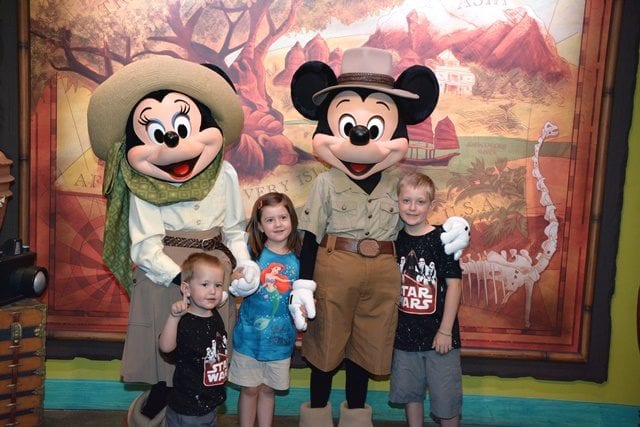 After a delicious lunch at the Restaurantosaurus, we took the train to Rafiki’s Conservation Station, and even met Rafiki himself! 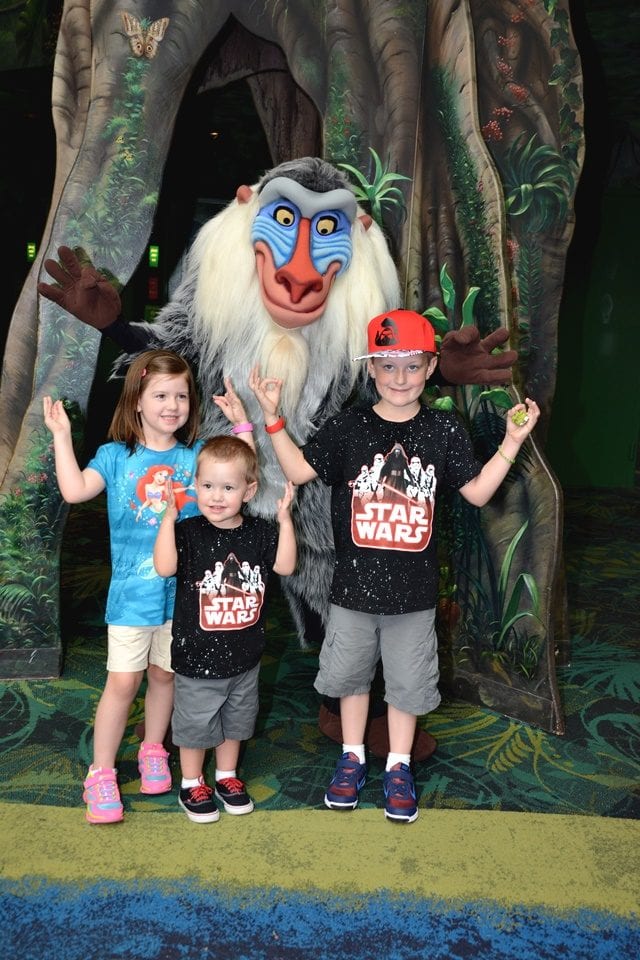 Before we knew it, it was time to head back to the resort, so we could be ready for the evening’s conference activities. We would all be headed back over to the Animal Kingdom for an exclusive event.

Because the park was closed for the day, we got some great photos in front of the Tree of Life, with nobody else around! 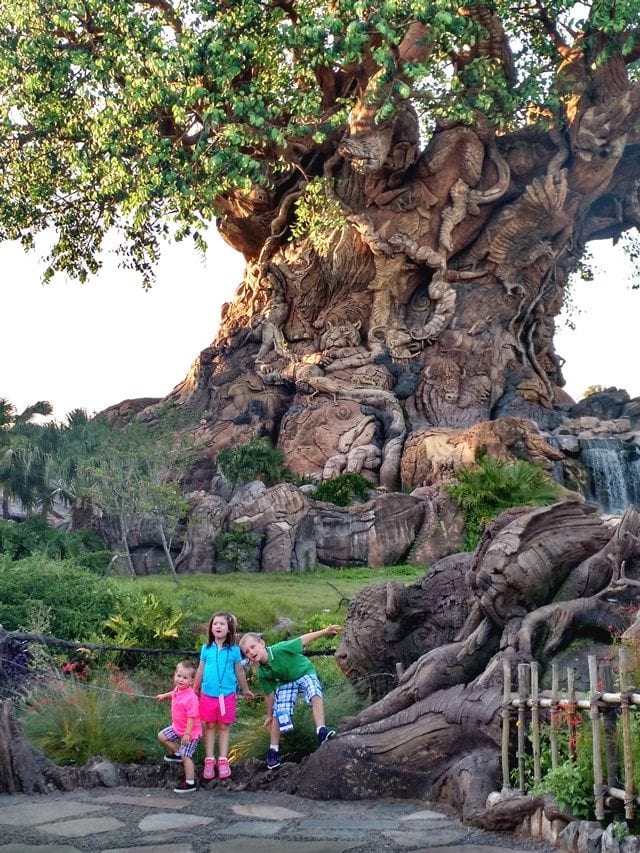 The kids got to play on this tall guy’s drum, near where a huge buffet dinner was set up for us, in the Africa section. 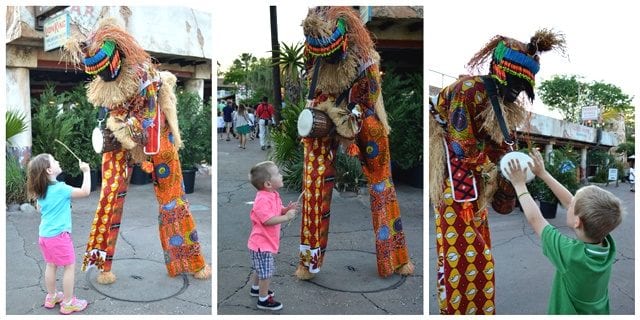 There were some character meet-and-greets, including Judy Hopps from Zootopia, which Vanessa had just seen! 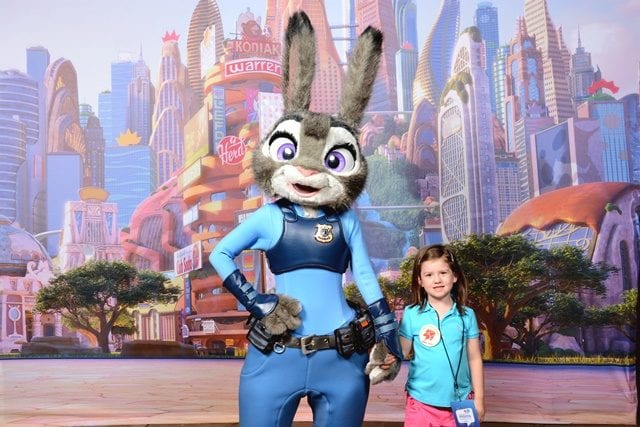 After dinner we headed over to the Asia section, where a dessert buffet was set up. Vanessa was very pleased with the selection… 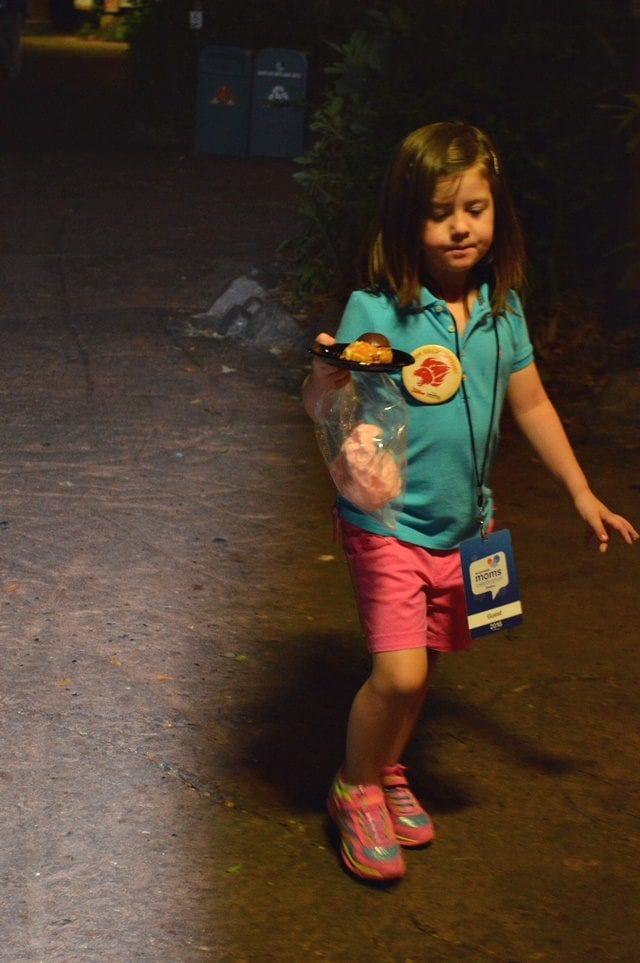 They had the Expedition Everest ride open for people to enjoy, and poor Carter was dying to go on, but nobody else in our party could go with him! Sounded like fun anyway!

On the way out we got to see the Tree of Life come to, well, LIFE! Light and color projections made the animals seem to come alive. 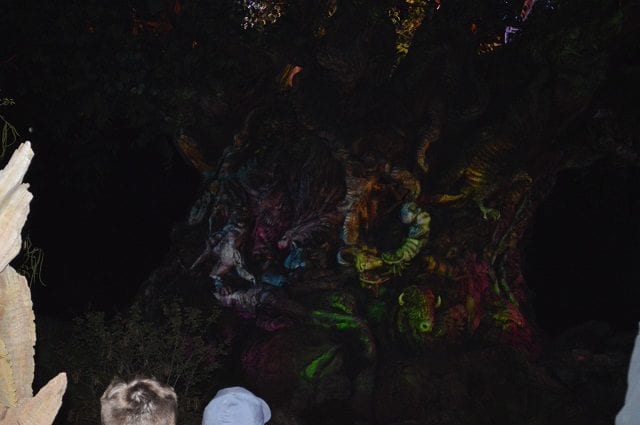 Arriving back at our room for the night, we discovered a bag from sponsor Alamo (with a Disney gift card- thank you!), and three Mickeys for the three kiddos! It wasn’t long before they were all asleep, with their Mickeys! 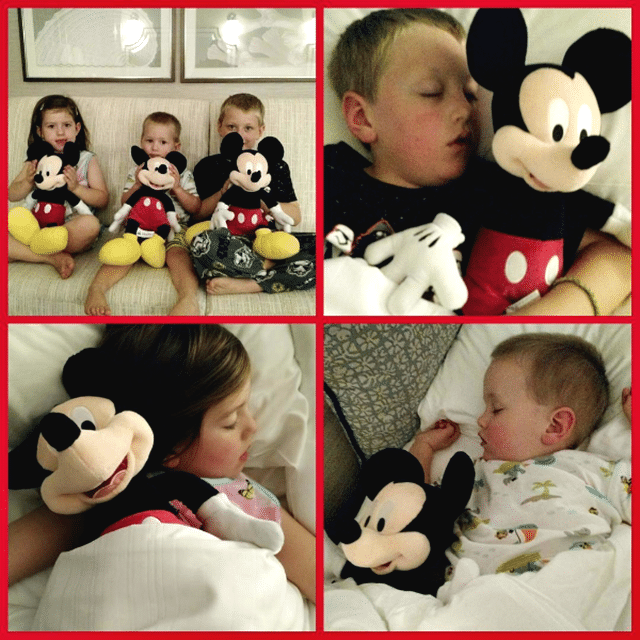 And so ended Day 1 of the Disney Social Media Moms Celebration. So much more was in store! Click Next to see what happened, well, NEXT!