In our church, members of the congregations give talks during the service. We have hymns, prayers, announcements, the passing of the sacrament, and then the remainder of the meeting is usually used for talks by members, who have been asked ahead of time to prepare a talk on a certain topic.

The same thing happens on a smaller scale in Primary, the Sunday School for little ones. This past Sunday, it was Carter’s turn to give a talk, in front of the other kids, aged 3-8. His topic was “I can share the gospel with all of God’s children.”

That morning, Daniel worked with him, coming up with ten sentences about the topic. He printed out the ten sentences with extra space, and he had Carter draw pictures for each one. Then they practiced several times. 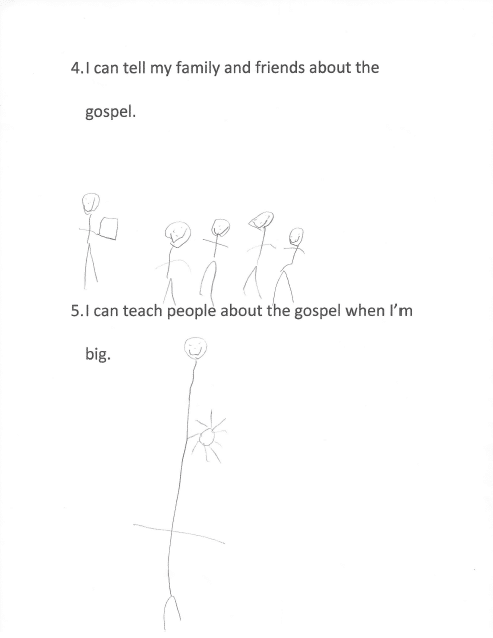 He kept showing me how he was bigger than the sun! 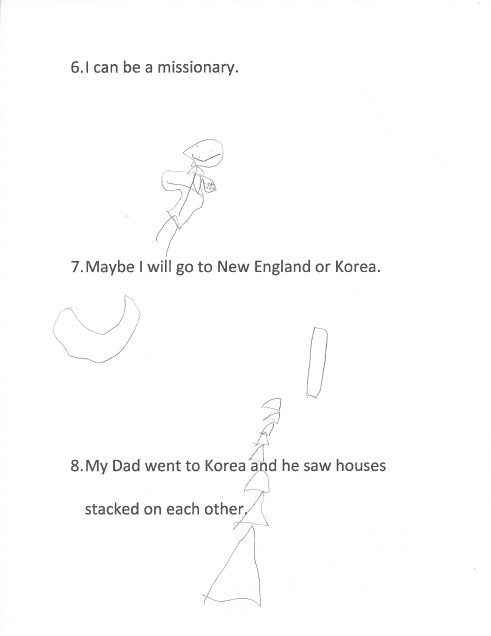 If you look closely at his “missionary” you’ll see a mini name tag that says Carter!

Now most kids Carter’s age and several years older will “give a talk” by having one of their parents whisper each line into their ear, and then speaking it into the microphone. That is how we did Carter’s first talk, in our last ward.

But he was doing such a good job that we figured he could probably do it on his own. He is doing a great job learning to read, and although he can’t read everything yet, he had learned the bigger words by practicing, and he could do the whole talk without help.

So when it was his turn to get up, we let him go alone. We had reminded him to speak loudly and clearly. 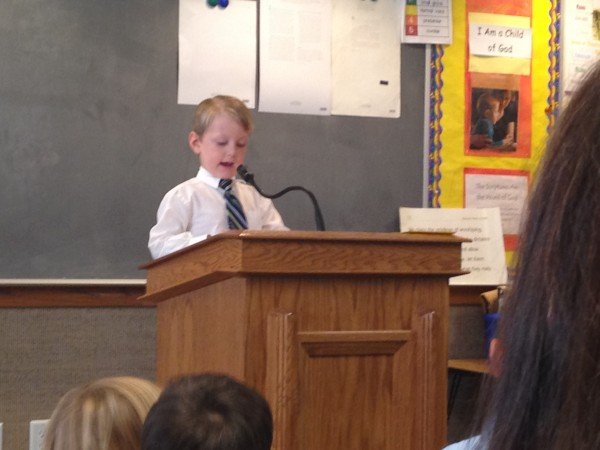 We were practically in tears because we were so proud of him. He got up and read every line just about perfectly. He was loud and clear. His teachers and leaders were very impressed!

This little guy continues to amaze me every day with his intelligence, sense of humor, and thoughtfulness. So glad he’s mine!

In the video he says, “I can be a missionary. Maybe I would go to New England or Korea.”

Oh, what a beautiful heart he has!