Ladies and Gentlemen, I did it. Bucket List item #73: Get Tastykakes to go national

It was only a matter of time.

Tastykakes is a packaged cupcake/bakery company out of Philadelphia, which used to only be available in that area of the country. Growing up in Maine, we couldn’t get them except when we’d travel down the coast as far as New York or New Jersey. Occasionally we’d hear rumors of Tastykake sightings in Massachusetts or even New Hampshire, but I sure never saw them there.

We traveled regularly so, while enjoying a Tastykake was not a daily occurrence, it was the occasional (amazing) treat. When I moved to Arizona, I gave up hope.

Once, when we were in Alpine, AZ (tiny mountain town) for a family reunion, I found a Tastykake display shelf in the tiny convenience store, and my heart jumped, but alas, no Tastykakes. It was such a strange, anachronistic thing to see, like an ancient artifact. Maybe they sold Tastykakes there a long time ago, but I bet it’s more likely that the stand somehow traveled cross country and ended up there.

Then, a few years back, they became available to order online…in huge amounts.

At first you could only order cases of them, so of my favorites, the Chocolate Juniors, we would have to get 72! And we did at times, most notably after I had each of my babies. 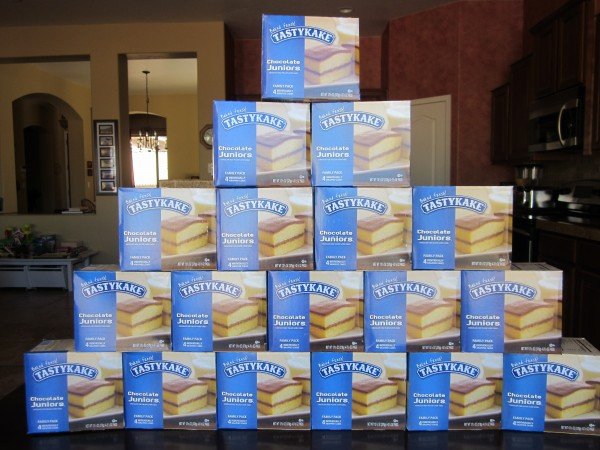 Then Amazon started to sell them, in smaller quantities. We ordered them a few times, but they were $3 per cupcake, plus shipping.

One day, while living in St. David, Tastykakes started showing up in the Benson Walmart…the SUGAR FREE VARIETY. Not what I was looking for.

And then, last year, Hostess went under. 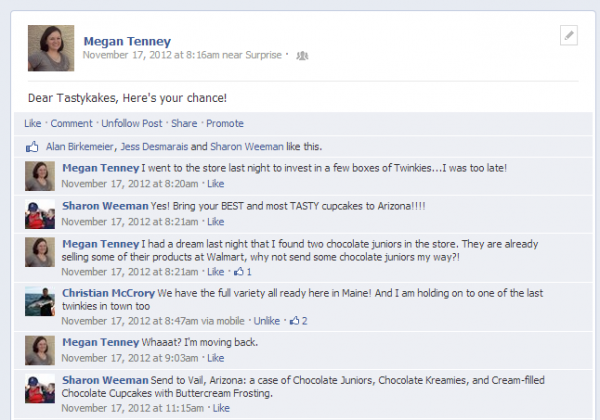 Finally Tastykakes appeared everywhere! But not their original varieties, oh no! These were Hostess COPYCAKES!

But like I said, just a matter of time! We live right next to a Walmart Neighborhood Market, and a few weeks ago, I saw one lone package of the buttercream cupcakes (my mom’s favorite). I would have bought them, but they looked kind of beat up.

Then, last weekend while in Mesa, I stopped in at a Walmart and walked by this…

It was like a beautiful dream and a horrifying nightmare all in one (to someone who has given up sugar for the year…)!

My delicious Chocolate Juniors, overloading the shelves! I almost bought them to freeze them, but then I thought that was a bit much, and hopefully they will still be available next summer!

Here is the conversation between my husband and me:

Megan: I checked another thing off my bucket list, getting Tastykakes to go national!

Daniel: Oh, did you do that? 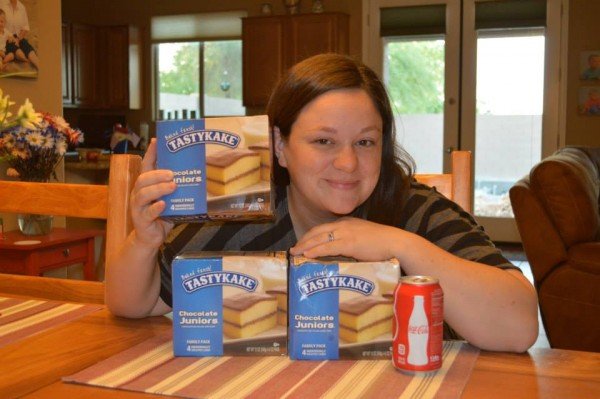 And before I leave you today, here are some Bitstrips. I made myself and Daniel, and my sister-in-law made herself and Daniel’s brother, Chris. When we saw them last weekend, we were talking about how when we look at them now, we only see their Bitstrip characters! 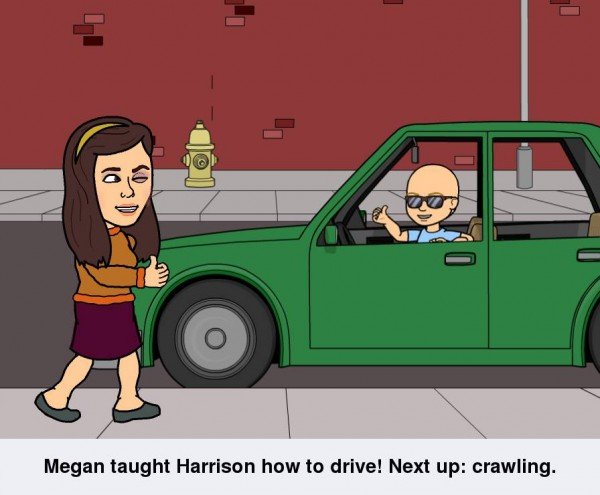 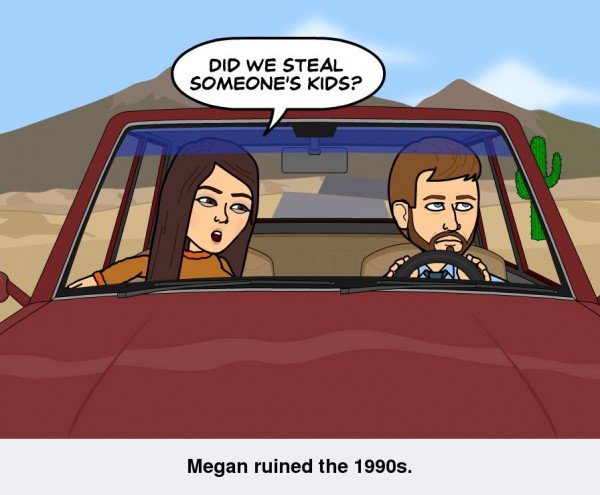 We were driving in the car when the new BNL song came on. Daniel held my hand all sweet-like and said it was like the 1990s and he was my boyfriend. I spoiled it by asking if we stole someone’s kids. 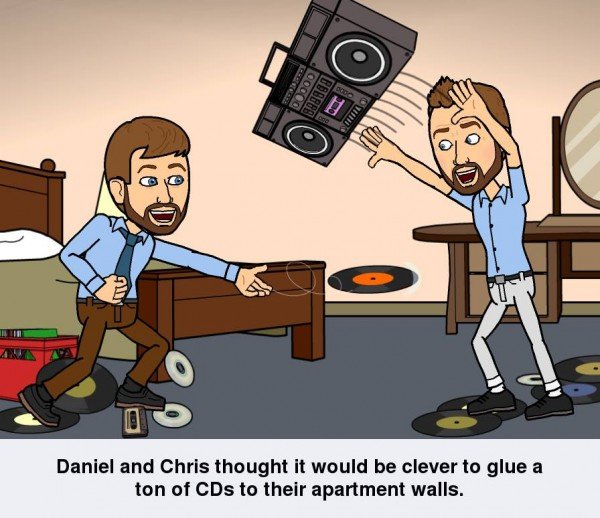 They did…and then Daniel and I lived there when we were first married. Hours of prying cds off the walls and then retexturizing the bare spots! 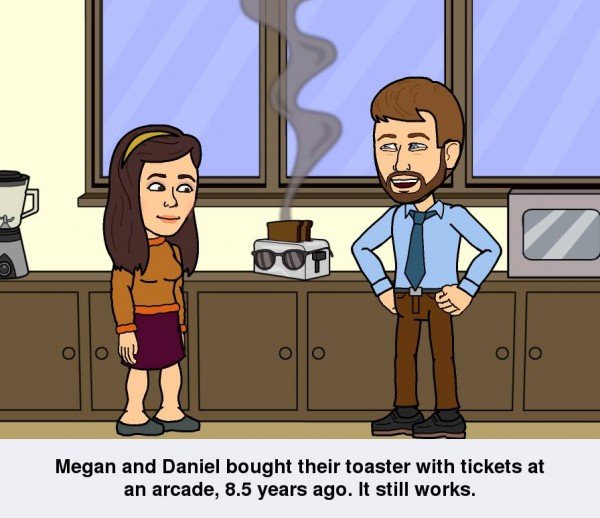 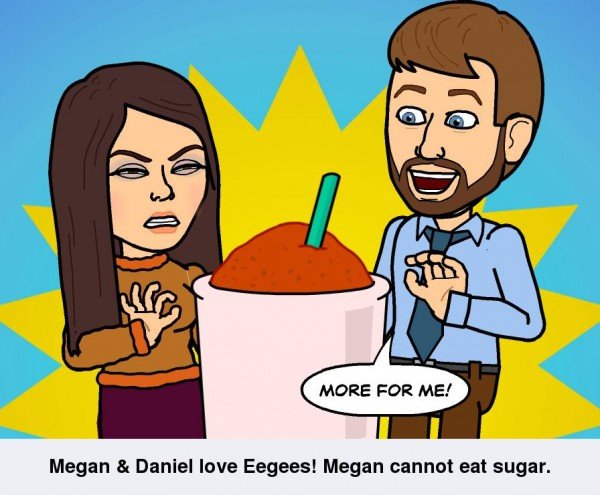 Eegees = Tucson restaurant chain that we don’t get to frequent since we moved to Phoenix. 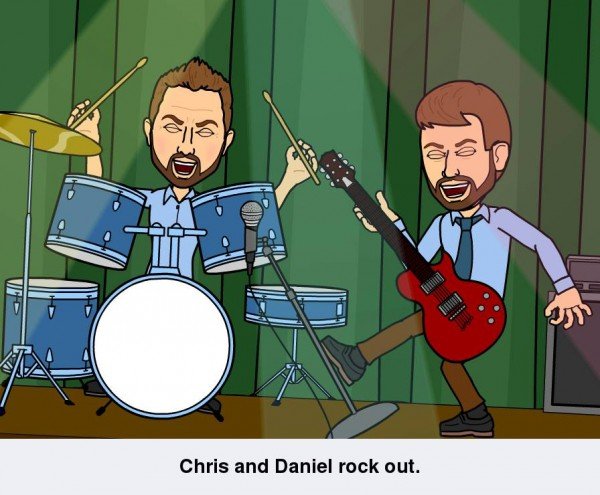 Have a great Monday!

Shaping Up In November {goals}

we didn’t get a chance to talk at the meetup but just wanted to say your baby is so cute! hope to see you at the next one :)

Thanks Brie! I recognized your blog/shop when you introduced yourself! Sorry we didn’t get a chance to chat. :( Next time!

Ok – laughing out-loud this one :)

Too funny! I used to live in Philly and personally think Tastykakes are way too sweet. We started seeing them in Indiana not too long ago though and I’m just like “Yes! A reminder of Philly!” But, I still think they’re gross :-)