This shop has been compensated by Collective Bias, Inc. (#CollectiveBias) and its advertiser. All opinions are mine alone. I am also participating in a contest as an additional aspect of this campaign. Follow the discussion on social media with hashtags #BrewOverIce and #BrewItUp! 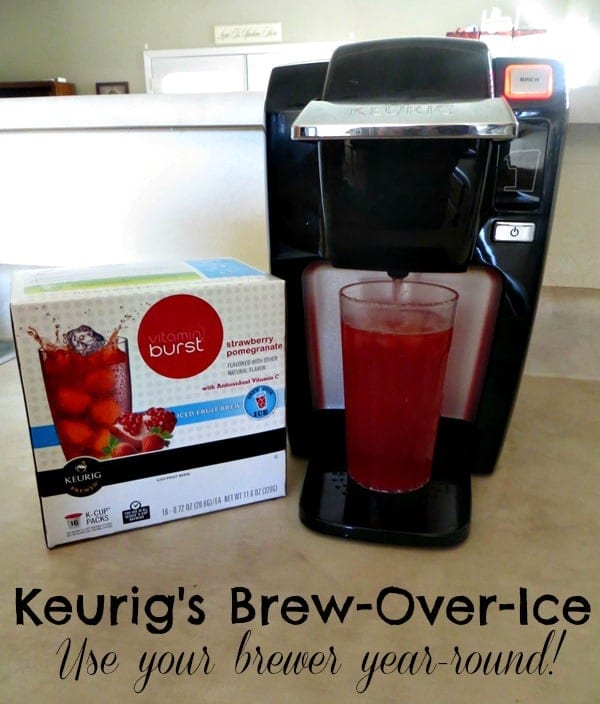 Last Christmas I bought my husband a Keurig brewer, because he walks to work in the early morning, and he likes to take hot chocolate with him during the cooler months (never really gets “cold” here in Phoenix!). When the weather here got warmer (approximately January 2nd), we put the Keurig on top of the refrigerator until next winter.

Then I found out about Keurig’s “Brew Over Ice” selections, and we brought the brewer right back down to the counter! Some of the best K-Cup flavors are of the “Brew Over Ice” variety, such as the lemonade and strawberry pomegranate Vitamin Burst that we got at Walmart. 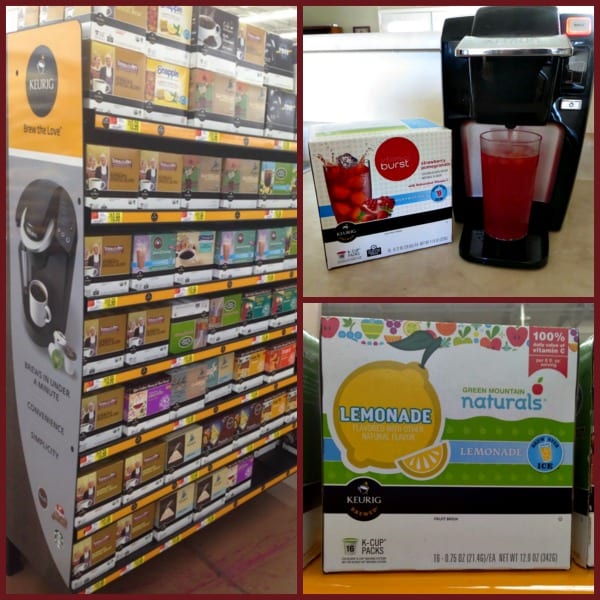 I was so glad to discover that we will be able to get a lot more use out of our Keurig brewer, since now we can brew refreshing summertime drinks! 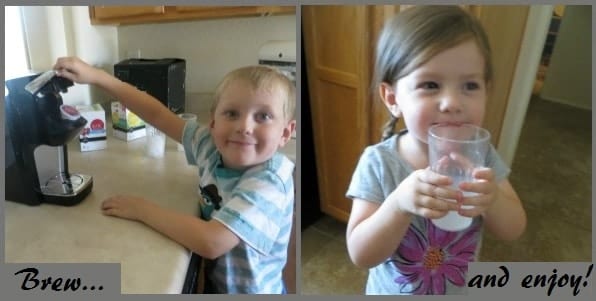 Carter, Vanessa, and I had a fun afternoon trying out the new, cold Keurig drinks. They loved picking out their K-Cup and then pressing the “Brew” button! And of course it was fun to see the ice melt as the hot water poured into the cup. 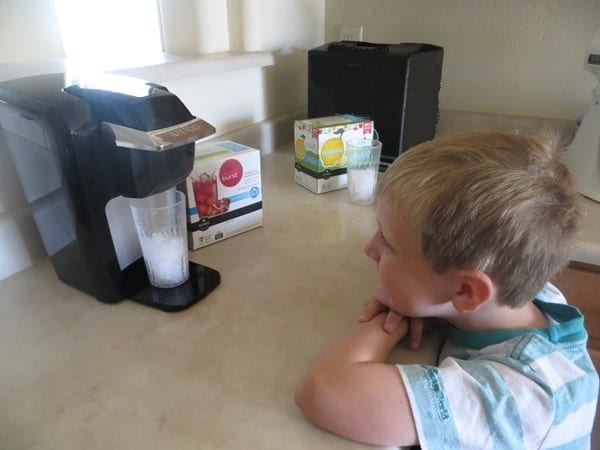 Because of the change in temperature, it’s only recommended to use plastic when brewing over ice, so that’s what we did! For the best brew taste, use the 6oz (small) or the 8oz (medium) setting. Here is a Brew Over Ice “how to” video, if you are a visual learner. 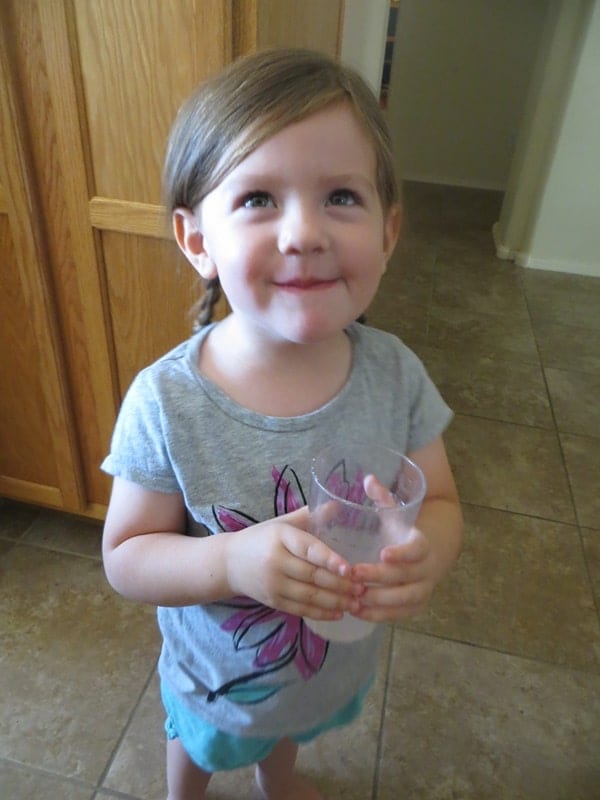 So if you thought your Keurig brewer was only for hot beverages, think again! You can use it all year round, with the “Brew-Over-Ice” varieties. Now that’s what I call a recipe for success!

How to rock at being the *BEST*PARENT*EVER*!!!

A Night In With Pop Secret Popcorn

I didn’t know those did anything other than coffee! So cool, now I want one!

I was looking at the strawberry pom a couple days ago! I’ll have to pick it up now!

YUM!! I really only drink iced stuff (especially in summer) and this looks so refreshing. Side note: I love my Keurig. Best wedding gift ever.

Oh that strawberry pom iced drink is the bomb on hot days and I love that my Keurig can make hot and cold drinks, it’s like I got 2 for 1 in an appliance!

I really like the Diet Snapple tea varieties, now if only there were low sugar solutions without caffeine! #Client!

Oh wow! The Strawberry Pomegranate looks AMAZING! I may have to buy one of these Keurigs after all.

Wait Jasmine Risso you don’t have one?!?

Kate Thompson Eschbach had some 50% off coupons last winter, so I used one of those to buy it for my husband. Great deal, they never go on sale for that much!

Ok, I seriously need to try this! Looks refreshing and delicious!

Love using my kuerig!! And the cold drinks are the best.

That looks so good! I would love to have something like that for yummy drinks

YUM! That sounds so good!

Oh my gosh! My drink to do list just keeps getting bigger.

Megan Tenney Have you found some good cold drinks to make for the kiddos? I was thinking of making the kids some different drinks before their afternoon movie.

We love the lemonade and strawberry pomegranate, since we aren’t really coffee/tea drinkers in our house!

I haven’t made anything for the kids yet, but both my hubby and I make coffee everyday. Our Keurig is the 2nd most used appliance in our house, the washing machine is the first. ;-)

Kristin Barclay I don’t drink coffee at all so I never had a desire to get one. The only things I drink are water, wine and beer ;)

Um, they don’t make a Keurig that brews beer yet? That could be the next big thing, LOL

Ooh those drinks sounds yummy! I typically like cold drinks better too