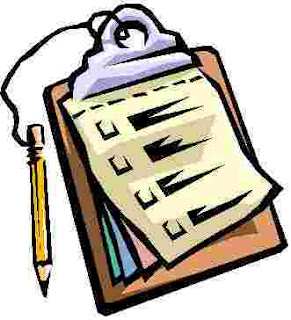 So I have this list… 1001 things to do before I die. And yes, I do have 1001 things on the list. I’ve actually done almost a quarter of the list, which I guess is a good thing, since I’m now probably more than a quarter of the way through my life (wow, how depressing…or glorious…I can’t decide which).

Anyway, the other day for FHE, Daniel and I completed one of the things on my list- send a message in a bottle. We went to the store and got a good bottle that would float, wrote a quick letter and put it in, along with a picture of our family, and we went down to the beach at Kennebunkport and threw it in! We sat on the rocks for a little bit and watched it get sent out to sea. Who knows where it will end up, but we said in our note that when someone finds it, to contact us and add their own information and throw the bottle back. Maybe we’ll hear back someday and maybe not, but it was pretty cool either way.

So maybe I will post more stuff on my blog about things I complete from the list.

We’ve been having fun in Maine, despite the fact that it has rained almost every day! Daniel, Mallory, Christopher, Cynthia, and I went to Canobie Lake Park on the one day it was beautiful out, so that was lucky! 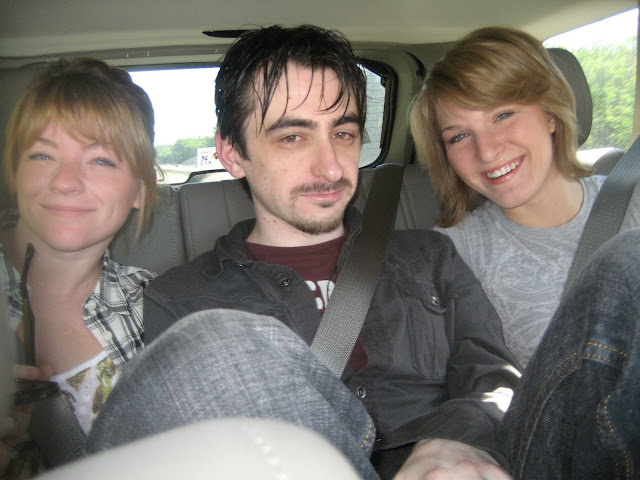 We also went golfing on Saturday afternoon while the rain let up for awhile. Mallory got her ball stuck on the island in the middle of a ton of water. It would have been an amazing shot if she was actually trying for it! 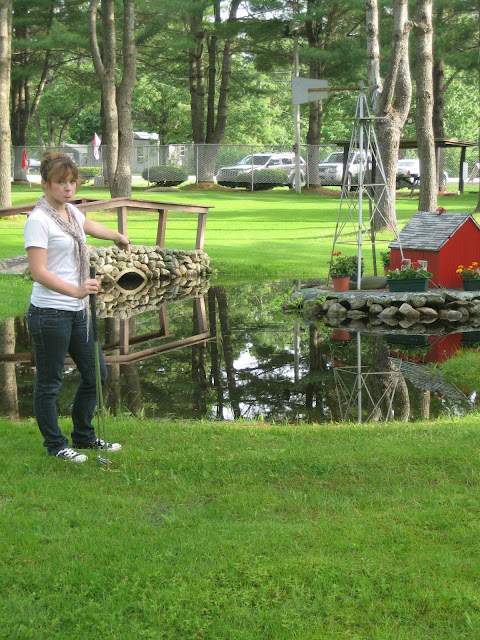 We’ve been eating our favorite Maine foods (and I’m off sugar again for awhile!!!), and Daniel and I are leaving for NYC Wednesday morning! We have shows we want to see live on Broadway and a few we want to see that are archived in the Lincoln Center Library. We’re going over one night and will be driving back during the next night, so we’ll get home around 1 or 2 in the morning. It’s the longest I’ll have been away from Carter ever! :(

Meanwhile, Mallory is off to Mesa on Wednesday to audition for SYTYCD Season 6! Good luck to her! She’s awesome, but so much depends on luck. I hope she gets far, but you never know. Her friend auditioned last season and was dismissed after doing an improv with a group of people who were told to freeze and then leave if they had their left hand in the air… They just have so many dancers and can’t see them all. She’s amazing though, and they will be missing out if they don’t keep her around!!!

Today we are off to the outlets in Kittery to get some good deals on baby clothing, and maybe some stuff for us as well! Then tonight Daniel has a date planned for us to Chunky’s! For those of you not from Maine, Chunky’s is an innovation. I think Tucson would welcome such an idea… It’s a movie theatre where they serve a full menu of food. The theatres themselves are huge, with large tables and large comfy chairs (similar to the kind you’d find in an suv). It’s pretty sweet. And the food is great!

We’re doing really well so far with doing everything we want to do this summer, traveling and while in Maine. I’ve been spending time putting furniture and other items on craigslist that my parents don’t want to bring to Tucson. I get 50% of whatever we make since I’m putting the stuff up and dealing with people. I sold a dresser yesterday! If I can just get the pool table sold, I will be happy with the money I’ve made! If we end up with stuff left, then I’ll have a yard sale the last week we’re here and see if I can get rid of the rest of it! We’re keeping a few nice things for ourselves, including a really great dark wood dining room table and chairs that belonged to my grandmother.

The time is going by so fast! I’m loving being out here, but I’m also excited to go home and work on our house! So much to look forward to! Time to shop! 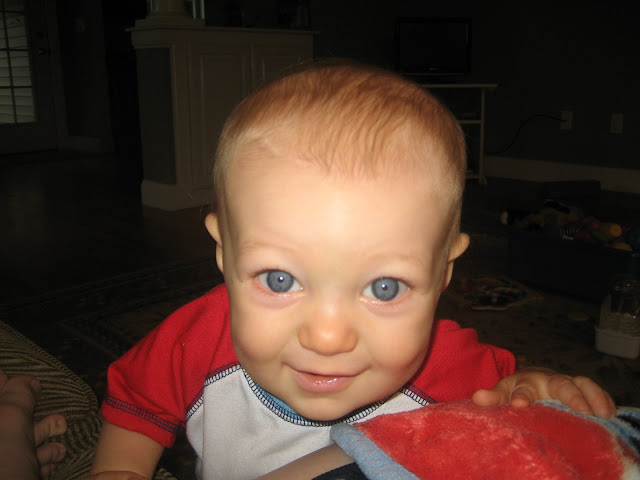